It was a chilly and scary night for two Danish 20 year olds who slept on their snowboards after getting lost overnight out of bounds on Whistler Mountain recently.
Dec 21, 2011 8:00 PM By: Alison Taylor 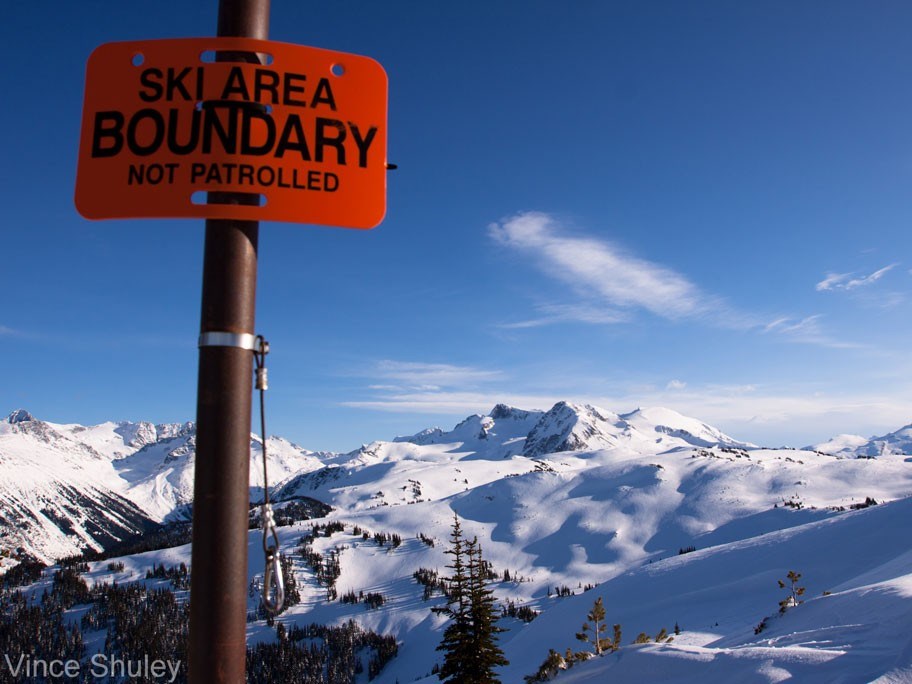 It was a chilly and scary night for two Danish 20 year olds who slept on their snowboards after getting lost overnight out of bounds on Whistler Mountain recently.

Their ordeal comes on the heels of another long and trying night for two 28-year-old Germans, who also skied out of bounds on Whistler and had to hike back up the mountain in the dark for nine and a half hours.

"Two times lucky so far this year," said Bernie Protsch, Whistler Mountain ski patrol manager. "It's the lure of the backcountry. It's nice to get away from the lifts and the maddening crowd in the ski area and the backcountry is a great place to be. It's the best skiing there is... But if you're going to go up there, be prepared."

The Danish men, in Whistler for a season, got lost trying to ski out of the Symphony zone on the afternoon of December 16.

They quickly became disoriented, walking in circles for hours, and ended up at Cheakamus Lake with no food, no cell phone service, and completely unprepared for a night outdoors.

Instead of heading west towards civilization, they turned east for hours and hours, heading deeper into the backcountry towards Hope.

One fell into a creek and was soaking wet. They spent the night on their boards and started walking again the next day.

The pair was reported missing by their roommates by 5 p.m. on Saturday, December 17, almost 30 hours from when they were last seen at the Roundhouse the day before around lunchtime.

It was too late to search at that time but ski patrol was notified, along with the groomers on the mountain. Whistler Search and Rescue was also notified and prepared to search the following day. Then at 8 p.m. that night they walked out at Function Junction, having followed the Cheakamus Lake Forest Service Road back to civilization.

The Germans, on the other hand, took a different route back to safety.

On the day the Peak Chair opened for the first time, the duo followed a group of eight or nine locals heading into the Cakehole, out of bounds on Whistler. The locals knew they had to traverse skiers' right, or eventually end up at Cheakamus Lake. The Germans didn't. By the time they realized their mistake they were stuck in the Cakehole, cliffs everywhere, creeks threatening too.

Around 4 p.m. they called 911, which then got in touch with Protsch on patrol.

"They were asked to stay where they were for the night," he said, of the pair who were visiting for three days from New York.

"It was dark and very challenging and, especially at night, dangerous terrain. The avalanche hazard was at considerable."

A few hours into the evening the men called back and said they weren't prepared to hunker down and so they began the long, dark walk back up the mountain.

Protsch was in touch with them every half hour throughout that night. He stationed groomers up on Mathew's Traverse shining their lights down and two snowmakers at the bottom of Frontier Pass looking out over the Cakehole area. Those snowmakers were able to make voice contact, which buoyed their spirits as they climbed.

They didn't complain. They didn't stop. They kept walking up in sometimes waist- deep snow until they made it to the snow makers at Frontier Pass.

"People do ski that area responsibly with appropriate backcountry equipment and are able to use proper techniques to get themselves out of there," said RCMP Staff Sergeant Steve LeClair. "It's like any other area that's beyond boundary. However, the problem arises when you have inexperienced, unprepared people blithely ignoring the ski area boundaries and going into areas that they simply shouldn't be in.

"As soon as you go beyond the boundary you should have an avalanche beacon, a shovel, a probe, be travelling with other individuals who are similarly equipped and be trained and equipped for self rescue."

When asked if there was adequate signage on the mountain to tell skiers and riders that they are heading out of bounds, LeClair said: "I believe the signage is adequate. People's attitudes need to change in relation to the backcountry. They should not be going there without the proper training and equipment."