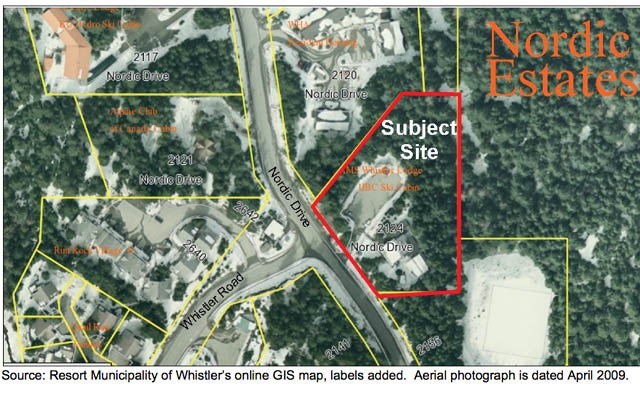 HOSTEL QUESTIONING The fate of the Whistler Lodge, owned by the UBC Alma Mater Society, is going to be determined this week through a referendum question being put to students at UBC.

Students at UBC are going to the polls and the Whistler Lodge is at stake in the voting. University students are voting for Alma Mater Society (AMS) leaders while also answering a referendum question that will determine the future of the Nordic Estates lodge.

The referendum question asks the student body if it supports disposing of the 0.7 hectares (1.7 acres) at 2124 Nordic Drive. The AMS wants to sell the property because the average student occupancy rate the last few years has run at 33 per cent and needed maintenance work at the aging lodge is estimate at $229,000. The building was constructed in 1966 and it offers 40 bunk beds in four large open dorm rooms plus two beds in one private room and a caretaker’s suite.

According to a report written by Coriolis Consulting Corp., gross revenue was stable in 2008 and 2009, but since 2009 has declined dramatically.

Coriolis Consulting suggested the major reason for the decline at the Whistler Lodge is the increase in hostel-type accommodation in 2010 when some of the Olympic athlete housing at Cheakamus Crossing was converted to hostel use.

The most recent financial information for the Whistler Lodge shows it generated a loss of $40,500 in 2011. One of the facility’s better years was 2008 when the net operating income was $85,396. Based on accommodation trends in Whistler, revenues generated by the lodge and operating expense reports, Coriolis Consulting determined the hostel in its current format is not financially viable.

The total assessed value of the property is $977,000. The AMS looked into replacing the lodge and found it would cost about $1.7 million to bring the existing building down and replace it.

The AMS is encouraging students to vote in favour of the referendum question so the society can invest student money in “something more representative of current student needs.” Students at UBC are voting on the issue between Jan. 27 and 31.