Anyone who recognizes the suspect is asked to contact the Whistler RCMP
Aug 14, 2019 8:30 AM By: Brandon Barrett 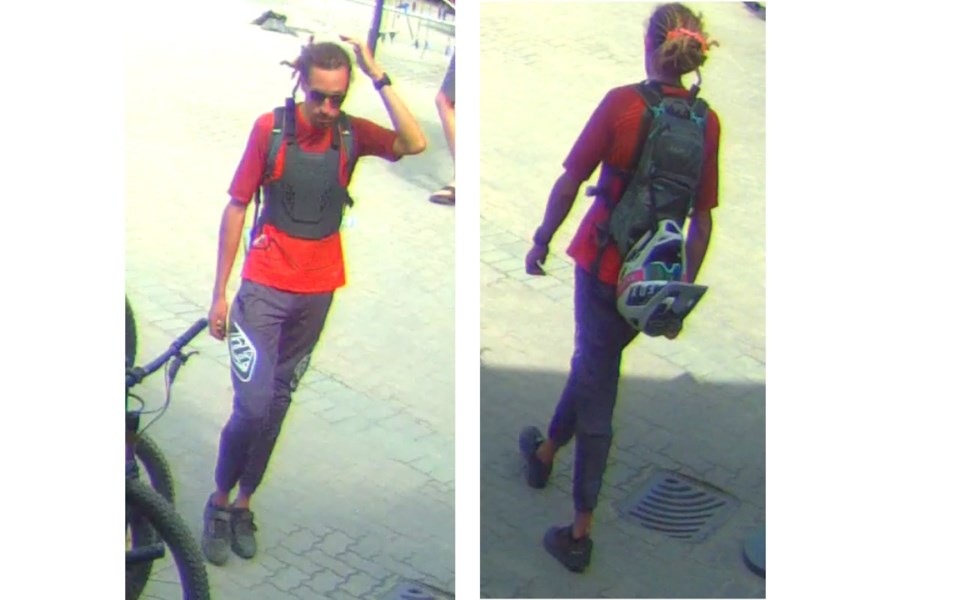 Stills from security footage of a suspect linked to the theft of a mountain bike from a rack near the Whistler Blackcomb Mountain Bike Park last week. Screenshot courtesy of Whistler RCMP

A mountain bike that had been left unlocked near the Whistler Blackcomb Bike Park was reportedly stolen this week, according to a release from local police.

At approximately 3:30 p.m. on Monday, Aug. 12, Whistler RCMP received a report of the theft from a bike rack in the 4100 block of Springs Lane. Police said the bike's owner had reportedly left it unlocked and "was keeping an eye on it from a distance" before noticing it was gone.

The bike is a grey and black, 2016 Intense Tracer model with a large frame, red labels, foundation build and Kashima suspension, police said.

The suspect, spotted in security footage, is described as a Caucasian man in his late twenties to early thirties, with a brown goatee and dreadlocks, who was seen wearing a red shirt, black pants, black chest guard, black bike shoes, backpack and carrying a white Fox helmet.