Unusual weather may have played role in low bird counts 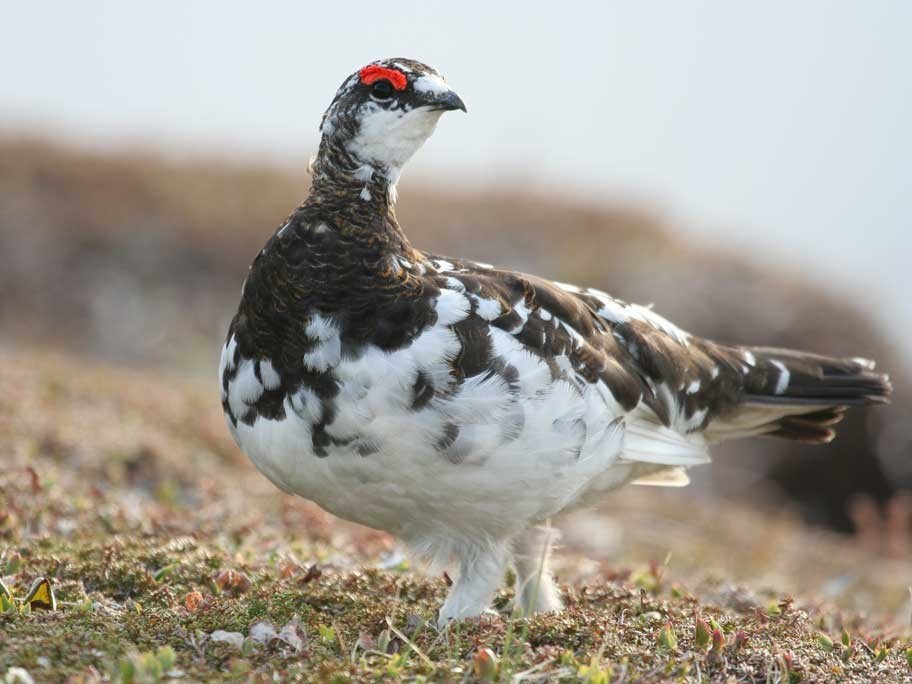 rock star One of the avian highlights of the season was the appearance of a Rock ptarmigan on the High Note Trail — a species that had been absent for years and was on Whistler's extirpated list.

The fiscal year-end for birding in B.C. is Nov. 30. It's also the end of the fall season which began on Sept. 1.

You might ask, why are birds' seasons are three weeks ahead of ours? The full answer is complex but, simply put, it is related to the timing of seasonal migrations.

Birds' northward movements are in full swing by Mar. 1 with the last to appear usually at the end of May. Southbound migrations are not so precise in timing with sandpipers, for example, appearing in late July and some swallow species out of country by mid-August.

However, near the end of November virtually all migrants are out of province excepting those that choose to winter over on the lowlands of the Fraser and a few other coastal estuaries — ducks, geese, shorebirds and the majestic Trumpeter swans.

The swans arrive in Whistler in late October/early November and will linger into December if the waterways aren't frozen over. Otherwise, they are on farmers' fields in the Fraser lowlands or about Comox in significant flocks.

In late February to early March the swans are northbound. The exception to that trend has been the wintering flock at Lonesome Lake in Tweedsmuir Park, which were hand-fed grain by the Ralph Edwards family for several decades before moving off their homesteads in the latter half of the twentieth century. Several books have been published about their enterprising efforts in this remote area of B.C.'s coastal mountain wilderness.

Locally, this report begins with a quick resume of the summer season — never a lively period for birds, but BioBlitz did record 58 species in their 24-hour endeavour. The sole highlight was Whistler's third record of a Solitary sandpiper, seen on the Whistler Golf Course!

Another surprise during late summer was a Rock ptarmigan near the summit of Whistler on the High Note Trail. Our checklist shows it as extirpated; happily it is now repatriated!

While thrushes and warblers of several species were about in healthy numbers, shorebirds and raptors were few; Cliff swallows and grebes did not appear. A few other waterfowl species also eluded us. All told, 115 species were seen over the summer, which is a low number and possibly generated by the cooler and wetter than normal seasonal climate.

In the autumn period the number of species seen was only 104, brought about by absenteeism of our knowledgeable birders for much of September.

Nonetheless, there were surprising numbers of Horned grebes (21 on one day) and the other four species of grebes were seen on several days. False reports of Trumpeter swans were actually the large and long-necked Western grebe, which, in bygone years, could be counted by the hundreds in the Howe Sound and up-valley region.

Today, a count of 10 would be unusually high!

There were several days with scoters on our lakes, but strangely they are rarely seen in Squamish.

We missed the southbound movements of Mountain bluebirds and snagged only one meadowlark.

Gull migrations were bi-directional. Mew, Bonaparte's and California gulls were southbound from interior lakes whereas the Glaucous-winged reappeared, after a prolonged absence at our compactor station from oceanside. Some of the latter were also northbound to feast on the sockeye salmon spawning run in the Birkenhead River at Mt. Currie.

By far the most interesting event was the return of the Trumpeter swans on Oct. 31. A few initially, but flocks of 15 or so soon appeared and on Remembrance Day provided a fly-by on the critical hour of the ceremonies at the fire hall.

Certainly the swans provided a resounding finale to the end of the birding fiscal year. The number of species seen was a near record 185 out of the checklist total of 260. The list was at 258 at the end of 2010, but over the ensuing year two new ones appeared.

In the spring Mike Sparks had a Yellow-breasted chat in his back yard. The chat is the largest member of the warbler family, seen primarily in the dry interior habitats of the province.

During autumn's migration a Black-bellied plover put in a first appearance, one day only, on the Fitzsimmons delta, and on the same day another was seen on the Squamish River delta — a second-only record for that area. This plover is found in varying sized flocks on deltas facing the Salish Sea.

Other highlights on species seldom seen here were the following: Red-breasted Merganser ducks, Sandhill crane, Black and White warbler, Lazuli bunting and Yellow-headed blackbird in spring; a Veery (thrush) and Tennessee warbler in summer; and several Eared grebes in the autumn.

Possibly the unusual weather of spring and summer contributed to the following no-shows that should have been here: Blue-winged teal, Golden eagle, Common tern, Horned lark, Gray catbird and Bohemian waxwing. All are unusuals, only found at the best of times.