U.S. interest in Whistler housing on the rise, says realtor 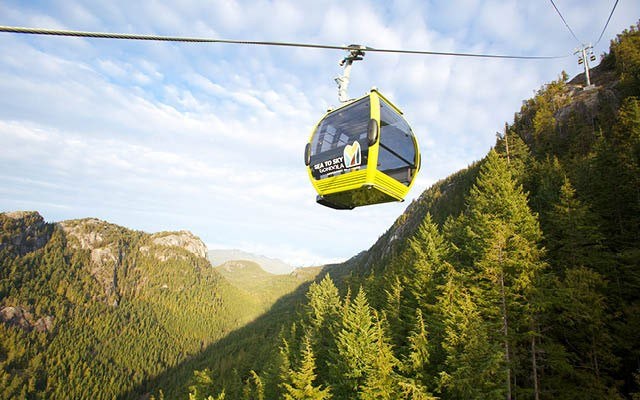 Sea to Sky Gondola The new attraction near Squamish is having an impact on local property sales. File Photo

While B.C. buyers still make up the lion's share of the Whistler housing market, American confidence in the resort is steadily rising with the levelling of the U.S. economy, according to a local real estate agent.

"Americans are starting to look (in Whistler) again because the dollar is slightly more favourable," said RE/Max agent Ann Chiasson. "I think (American confidence) is trending upwards from last year."

Despite the uptick, buyers from the Lower Mainland and the rest of B.C. still make up over 75 per cent of sales in the resort, according to the most recent sales report provided by Re/Max. Chiasson sees Whistler's continued reliance on the regional buyer as a sign "that we've hit a price point that appeals to people who live here."

The average overall sales price for the first quarter of the year in Whistler was roughly $644,000, down from just over $827,000 in the same period in 2013. It should be noted, however, that the average sales price can fluctuate dramatically in Whistler due to the small number of transactions in each quarter. There were 163 total transactions in Q1 this year, amounting to $105 million in sales, compared to 131 over the same quarter in 2013, totalling $107 million.

Chiasson attributed the average sales price drop partly to the Phase 2 condo market, which has seen a significant decline in value, she said, leading to a boom in sales over the last few months. Between January and June of this year, there have been 31 Phase 2 condo transactions, totalling approximately $7.4 million in sales, compared to roughly $3.9 million over the same time last year from 24 transactions.

The Phase 1 condo market, meanwhile, has been performing well, with approximately $24 million in sales from 62 transactions dating to the end of May, compared to roughly $23 million from 57 transactions in the same period last year.

"Phase 1 condos are looking good," Chiasson said. "Pricing is pretty good, but it's starting to creep up a little bit because we've had some inventory sell."

In the chalet market, Whistler has seen a slight drop-off in sales volume in the first five months of 2014, at approximately $69 million from 38 transactions, compared to around $61 million from 47 transactions in 2013, although Chiasson said the $10-million purchase of a property in Stonebridge — the largest home sale in the resort in since 2008 — skewed last year's figures.

The most surprising trend in the Sea to Sky for Chiasson has been the recent surge in interest in the Squamish market. While the Re/Max report didn't include any figures for Squamish, she said the community — recently named by CNN as the best summer mountain town after the opening of the Sea to Sky Gondola — is "all of a sudden being noticed by the Vancouver crowd," and, with zero-per cent vacancy, it's becoming a more viable option for investment.

"Squamish is just starting (to pick up) in the last two or three months," she added. "The market there is changing dramatically."

Pemberton is also performing well, with Chiasson calling it "a great investor market" with more rental units filling up.

"Pemberton is busier all of a sudden," she added. "We've had 18 sales and a condo project in the past three months, so we're starting to see an uptick on a lot of these things because the prices got to the right point."

Total sales in the Spud Valley from January to June totalled around $13.5 million from 29 transactions, up from roughly $11.9 million over the same period last year from 37 transactions.