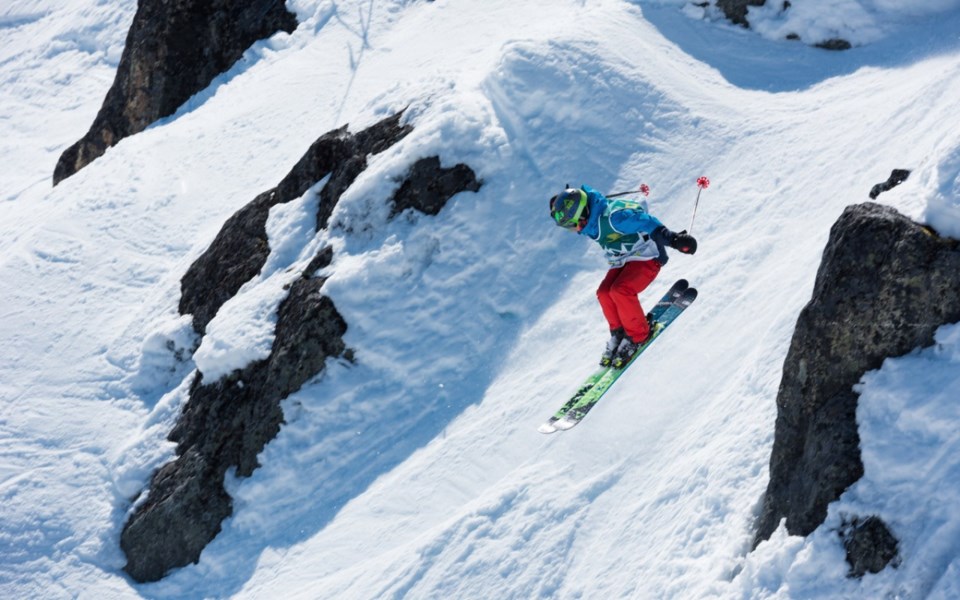 EXTENDED CREDIT Vail Resorts has offered a minimum 20-per-cent credit to 2019-20 passholders towards the purchase of a new pass as well as insurance coverage in case of closures or personal events next season. Photo by Mike Crane / Tourism Whistler

Some relief is on the way for Vail Resorts passholders who saw the 2019/20 season cut short by the COVID-19 pandemic.

Epic Day Pass, Whistler Blackcomb Edge Card and Multi-Pack Passholders will also be offered a credit for each unused day remaining on their pass, up to 80 per cent of the price paid.

"Our pass holders are our most loyal guests and we have spent weeks reading their emails and comments on social media to fully understand their concerns so we could respond thoughtfully and carefully," said Kirsten Lynch, chief marketing officer, in a release. "What became clear is that to address last season, a one-sized-fits-all approach would not work."

With the uncertainty around the upcoming ski season, Vail Resorts has also introduced free "Epic Coverage" for this winter, which will provide cash refunds to passholders for certain resort closures, "including events like COVID-19," as well as for job loss, illness and other eligible personal events.

Vail Resorts West Coast director of marketing Marc Riddell said the insurance would cover personal events unrelated to COVID-19 as well, something the company has never offered before.

"If you're a passholder and got injured, for example, and you're unable to ski or ride for the remainder of the season, we'll look at the number of days and then we will refund you accordingly for that," he explained. "We're trying to account for all eventualities and that's not something that Vail Resorts has done traditionally."

Epic Coverage is free to all passholders and replaces the need to buy pass insurance, which Vail Resorts said could cost up to $60 for other passes.

The credit will be valid through Sept. 7. Passholders will be emailed in the coming weeks with individuals' specific credit details and promotional code, which can be used online starting May 13.

The initial public reaction to the news mostly appeared to be positive. In a letter to Pique, Whistler Blackcomb season passholder Albert Macfarlane wrote that, despite his "negative opinions" of Vail Resorts since they took over North America's largest ski resort in 2016, he was "most pleasantly surprised" by the credit offer. "I guess others may not feel the same way, but my kudos to the management. It made my day."

Some online commenters had questioned why Vail Resorts decided to offer credit instead of cash refunds, but Riddell said that, along with wanting to retain customer loyalty, that wasn't an option given the 2019-20 pass products are legally non-refundable, which played into the decision to launch its new coverage plan for next winter.

"We just wanted to find something that wasn't just a blanket approach and that was a little bit more thoughtful, a little bit more meaningful that could help alleviate any of the issues that certain folks were feeling as a result," he added.

In an update to investors, Vail Resorts said that, as a result of the early closures and credit offering to passholders, it will be delaying the recognition of approximately US$118 million of its deferred season pass revenue, as well as approximately $3 million of related deferred costs, that would have been recognized in the remainder of fiscal 2020, to the second and third quarters of fiscal 2021. This will result in a roughly $118-million reduction in lift revenue and $115-million reduction in resort-reported EBITDA this year.

Meanwhile, at Whistler Blackcomb, Riddell said the expectation is the resort will open for the summer season at some point and staff is preparing the bike park as it normally would—but, like everything COVID-19-related, the timeline is fluid.

"It's still not off the table that we would open in May. Obviously having situational awareness and looking around at what's happening in the world, we may not be back for [spring] skiing," he noted. "We certainly intend to open for the summer and we look forward to doing that, but of course all of that is going to be informed by the advice of public health."

California's Mount Baldy announced it was reopening to expert skiers and riders on April 22—albeit with only 10 per cent of its usual terrain and strict physical-distancing measures in place.

Riddell said that with a mandatory shelter-in-place order still in effect across the state, Vail Resorts' trio of California properties—Heavenly, Northstar and Kirkwood—likely won't reopen for skiing this season.

"We had looked at trying to do some skiing there, but it's a little different in California, where they have a stay-at-home order, so there's a lot of stuff we can't do," he said. "We still have the teams ready in position, and if that were to be released and the situation is right, maybe we could turn it on, but it's all down to the advice of public health officials."