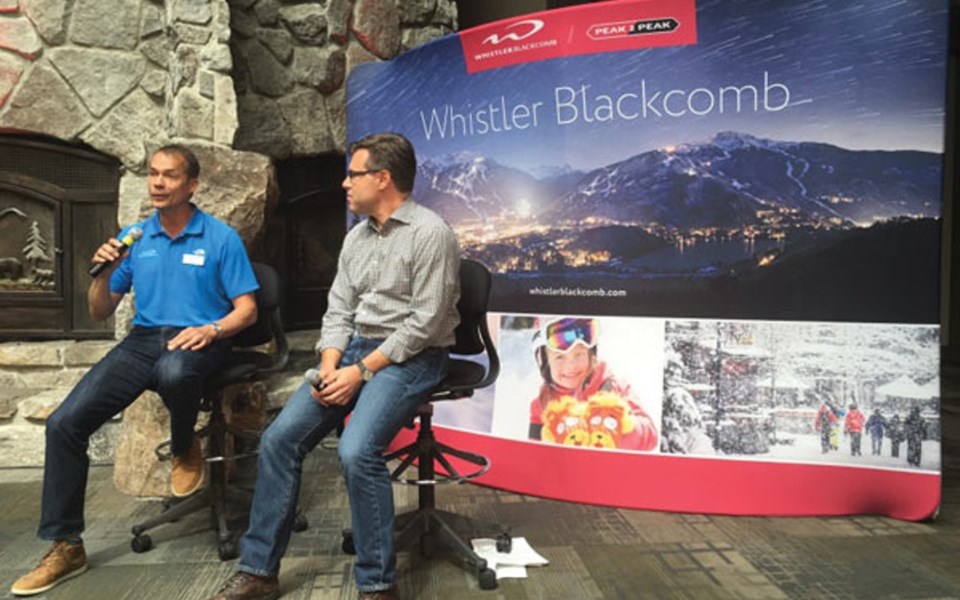 Heading into this month's financial report, covering the period ending Jan. 31, Vail Resorts investors anticipated declines in sales and earnings. In the end, the Broomfield, Colo.-based company managed to boost both its top and bottom lines.

"Given the historically low snowfall across the western U.S. this winter, we are pleased with our results for the quarter, which demonstrate the resiliency of our strategic business model and the network of resorts and loyal guests we have developed," said Vail Resorts CEO Rob Katz on a conference call discussing the company's results.

Lift revenue went up 6.6 per cent for the quarter, to $381.9 million, despite a 3.1-per-cent drop in visitation, due primarily to strong pass sales. Season-to-date total lift revenue at Vail's North American resorts, through March 5, was up 1.6 per cent compared to the same period last year.

Price increases in lift tickets and season passes pushed the total effective ticket price up by 10 per cent.

"Despite these difficult (weather) conditions, our results were generally in-line with our performance last year, which we believe reinforces the stability of our business model that is focused on advanced purchase products led by our season pass, destination guest focused marketing strategies and our geographically diverse resort network," noted Katz.

Whistler Blackcomb also played an important role; the resort saw record visitation from the international market, "including strong results from U.S. and other international guests from Mexico, Australia, and the U.K."

Ski school revenue rose by $2 million, or 2.6 per cent, bolstered primarily by revenue increases at Whistler Blackcomb and incremental revenue at Stowe, the Vermont mountain resort that Vail Resorts acquired last summer for $41 million. Stowe was also largely responsible for a 2.9-per-cent increase, or $10.4 million, in operating expenses during the fiscal period.

Still, the news wasn't all good for the ski-industry giant. Dining revenue dipped $0.5 million, or 0.8 per cent, due largely to delays in opening certain on-mountain venues and lower visitation to western U.S. resorts. Retail/rental revenue decreased $7.8 million, or 6.3 per cent, which Vail attributed to low sale volumes at its western U.S. resorts. Lodging-related revenue fell $2.1 million, or 3.4 per cent, meanwhile, due mostly to a decrease in average daily rates (ADR), which represents the average rental income per paid occupied room, at its Colorado properties. The overall ADR decreased 1.6 per cent for the quarter at the company's hotels and managed condominiums. Lodging reported earnings before interest, taxes, depreciation and amortization dropped $2.5 million, or 40.8 per cent, compared to the same period last year.

Vail Resorts intends to spend big in 2018, with roughly $150 million earmarked for capital expenditures, including a discretionary investment of approximately $40 million (CAD$52 million) at Whistler Blackcomb, part of a planned $50 million (CAD$65 million) total capital plan, the largest annual capital investment in the resort's history. The centrepiece of the plan is a new gondola on Blackcomb Mountain that will replace the Wizard and Solar chairs, which is expected to increase uphill capacity by 47 per cent.

"We believe this plan will dramatically improve the on-mountain experience for our guests with enhanced lift capacity, improved circulation and a significantly elevated experience for skiers, riders and sightseeing guests," Katz said.

The full earnings report can be viewed at investors.vailresorts.com.