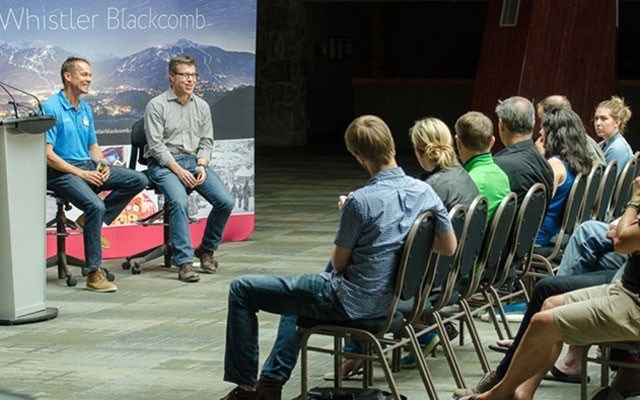 Vail Resorts posted strong second-quarter financial numbers bolstered by its recent acquisition of Whistler Blackcomb (WB). Although international visits to its roster of resorts was down four per cent compared to the same period last year, the company's net income rose 27.5 per cent to US$149 million for the quarter. Total net revenue increased by 21 per cent to $725.2 million for the three months ending Jan. 31.

"We are very pleased with our results for the quarter," said CEO Rob Katz in a March 10 release. "We had strong results during the holidays and the month of January despite a slower start to the season at our U.S. resorts resulting from below average early season conditions."

"Results from Whistler Blackcomb in the second quarter of fiscal 2017 were stronger than our initial expectations and helped to offset the slower start at our U.S. resorts," Katz said. "The resort has benefited from good conditions throughout the season, a low Canadian dollar versus the U.S. dollar and the outstanding brand and guest experience delivered by the Whistler Blackcomb team."

"Our results in the second quarter demonstrate the benefit of our growing geographic diversification and the success of our season pass and destination guest focused marketing strategies," Katz said.

With Whistler Blackcomb getting the Epic Pass treatment ahead of the 2018-19 ski season, it's still early to tell how WB's acquisition will factor into overall pass sales. On the subject of Whistler potentially poaching skier visits away from Vail's American properties, Katz said during a Friday-morning conference call that it's "hard for us to say how that will play out over time." Approximately 650,000 people bought Epic Passes last year. Passholders for next winter will have unlimited access to 14 of Vail's resorts in the U.S., Australia and Whistler, along with restricted access to 30 European resorts.

Vail Resorts continues to see "robust guest spending trends," which, along with the addition of WB, helped boost ski-school revenue this year by 25.9 pert cent and food-and-beverage revenue by 21.5 per cent. Without factoring in WB, however, dining revenue declined 2.5 per cent as a result of delays in opening certain resorts. Retail revenue, which rose 19.7 per cent to $20.3 million, also would have gone down — by two per cent — were it not for Whistler Blackcomb. Reported EBITDA — earnings before interest, depreciation and amortization — increased 26.4 per cent to $62.5 million for the quarter. Excluding Whistler Blackcomb, EBITDA increased by 6.6 per cent. Lodging revenue rose 4 per cent for the quarter to $2.4 million, linked "primarily" to incremental revenue from WB. Lodging reported EBITDA was "relatively flat" once WB operations were excluded.

Vail has committed to invest approximately US$17 million at Whistler Blackcomb this year for a variety of capital projects associated with the resort's sweeping Renaissance plan, including the expansion of the bike park into Creekside; the construction of a suspension bridge atop Whistler Mountain, and other summer amenities. Vail anticipates additional spending associated with Renaissance to begin in 2018.

The company also plans to invest an additional $17 million this year on integrating WB's marketing and operations systems to "achieve our anticipated synergies and create the streamlined, centralized approach that is consistent across our network for guests and employees," according to the release.