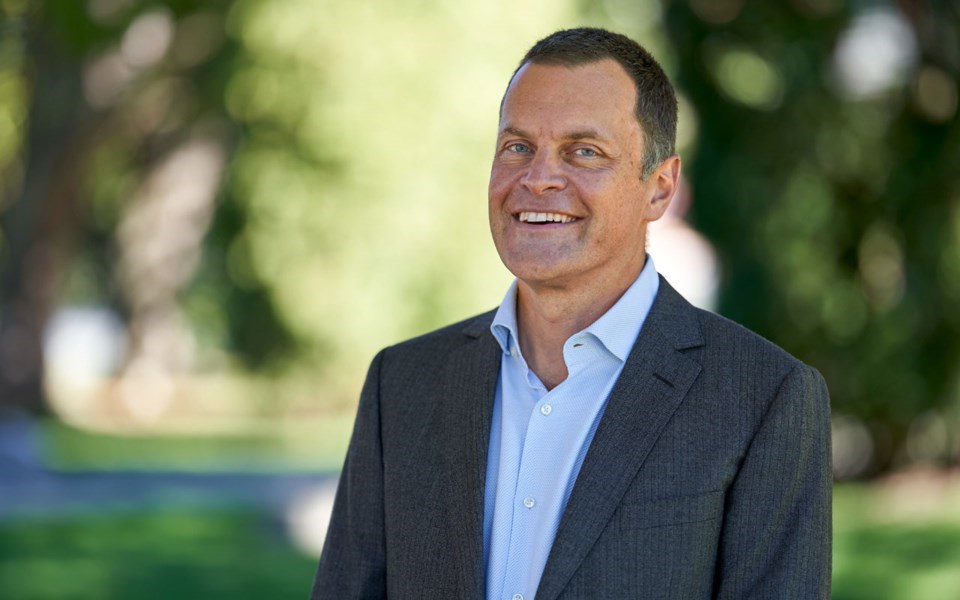 With more than half of all polls reporting, Green candidate Jeremy Valeriote is projected to win the West Vancouver-Sea to Sky riding.

If the results hold (pending a final tally of mail-in ballots, which could take weeks), it will be a historic win for the party in the traditional Liberal stronghold.

Reached by phone on election night, Valeriote said the upset represents a “shift in consciousness” in the riding, and highlights the importance of taking climate action seriously.

”I’m just really pleased with the results, with the voters and all the volunteers that helped out, and just pleased that the Green Party has maintained [its share of the] popular vote, and showed that that we can succeed on the Mainland,” he said.

“The message is resonating with people, and the Green Party is expanding its appeal.”

Valeriote’s first priorities in the legislature will be regional transit, affordable housing and climate action, he added.

“I’ll work hard to represent you, and I will continue that collaborative style that the Green Party has shown the last few years … [I’ll] work on solutions in a cooperative way,” he said, when asked what Whistler voters can expect from their new representation.

Sturdy, who was first elected in 2013 and was seeking a third term, was not immediately available for comment.

The NDP, meanwhile, is projected to win a majority government, meaning the Greens will no longer hold the balance of power they’ve enjoyed since 2017—though Valeriote believes the party can still have “tremendous influence.”

“We maintained our share of the popular vote, and it is an important voice at the table, regardless of a minority or majority,” he said.

While Valeriote is projected to win the Sea to Sky, it will be weeks before all the ballots are officially counted.

According to Elections BC, there were only 114 people in the entire riding that used mail-in voting during the 2017 election—about 0.46 per cent of all the ballots cast in West Vancouver-Sea to Sky.

This year, that number is predicted to skyrocket, as 7,704 people have signed up for mail-in voting in the riding—about 18 per cent of the 42,786 people registered to vote.

"Certainly, if I was a campaign manager, I would not be telling anyone to make a concession speech for at least three to four weeks," said Doug Munroe, a political science instructor from Quest University, and founder of public policy consulting firm, Politikos Research.

Due to regulations preventing double-voting, Elections BC must wait for the mail-in ballots to arrive, and then transfer them to the ridings where they were cast.

That way, Munroe said, counters can identify if anyone tried to vote twice.

This is a lengthy process, he said, as the counting of mail-in ballots starts two weeks after election day.

It will all be hand-counted by staff in the riding, with two people counting each ballot for cross-checking purposes.

"I think the story of this election is not who wins or who doesn't but how well our electoral system works under pandemic conditions," said Munroe. "I've got a lot of confidence in Elections BC."

Pick up Thursday’s Pique for a full election roundup.

-with files from Steven Chua/Squamish Chief