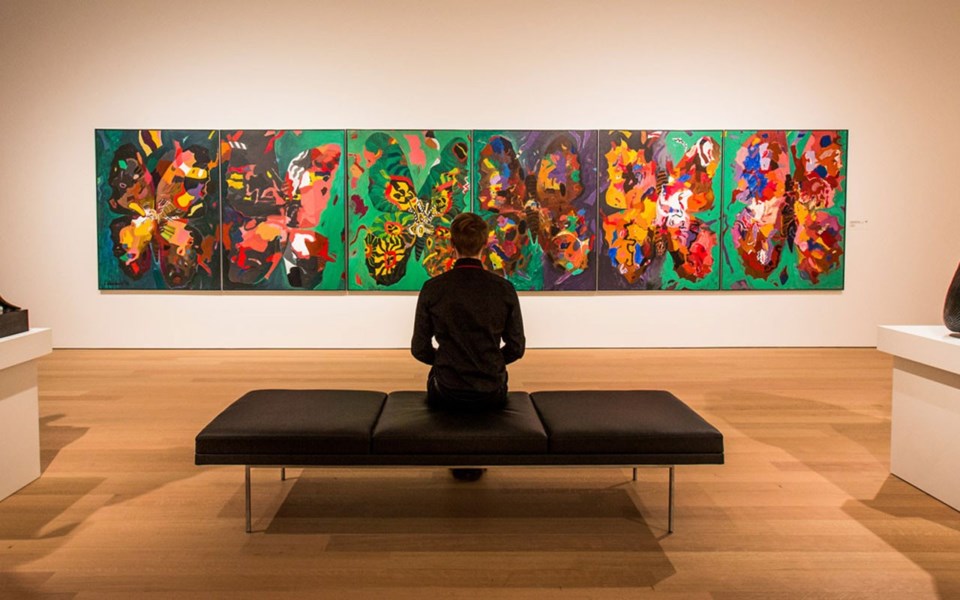 The Audain Art Museum's special exhibition gallery will be renamed the "Tom and Teresa Gautreau Galleries" in honour of a recent $2-million donation to the museum's endowment fund. Photo by Justa Jeskova / Tourism Whistler

The president of G.I.H. Properties, Gautreau’s contribution should bode well for the future of the AAM, which opened in early 2016 and houses an extensive collection of traditional and contemporary British Columbian art.

“Teresa and I are happy to support the Audain Art Museum because we believe in the importance of British Columbia art and can see that the museum is doing a terrific job showcasing it to the rest of Canada and to the world,” Gautreau said in a release.

In recognition of the donation, the special exhibition galleries on the lower level of the museum will be named the “Tom and Teresa Gautreau Galleries.”

“Originally, we had a goal of raising $25-million, but based on the support received to date from people who love art and love Whistler, we have decided to double our target to $50-million. These funds will allow us to broaden our programs and grow our audience,” said museum founder Michael Audain of the AAM's endowment fund in a statement.

The donation comes at a critical time for a museum still finding its footing in Whistler’s cultural landscape.

"As a new art museum and as a new entity within the community of Whistler, the first year has really been an opportunity for us to try different things, and to experiment with different approaches to art," explained chief curator Darrin Martens in an interview with Pique last month.

The endowment fund was created in 2015 to ensure the long-term financial stability of the $44-million facility and is already one of the largest endowments attached to a Canadian museum.