United Food and Commercial Workers Union 1518 has been organizing in Whistler over past two years
Apr 22, 2019 9:00 PM By: Joel Barde 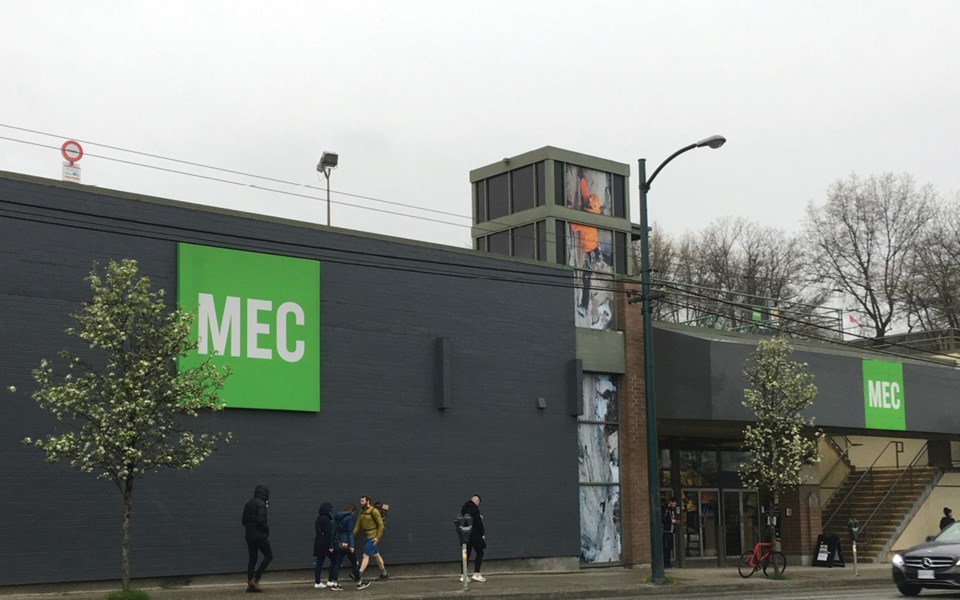 A union that is actively courting Whistler workers recently added a significant Vancouver business to its ranks, persuading workers at the West Broadway location of Mountain Equipment Co-op (MEC) to join its ranks in a vote on Thursday, April 11.

"There is a large group of workers that clearly want to have a strong voice at their work and fight for wages, benefits and job security there," said Patrick Johnson, secretary treasurer for the United Food & Commercial Workers (UFCW) Union 1518.

According to Johnson, staff at the popular store, which employs more than 200 people, largely led the unionization effort.

"It was great to work on an organizing drive with such a strong inside committee of workers who were really committed to the effort," he said. "They didn't want the union to just come in and do it—but (rather to) be a part of it."

Pique asked to speak to one of the newly unionized MEC employees, but was told by the union that some are bound by confidentiality agreements and others were "uncomfortable" speaking to the media at this point.

Work to unionize the MEC store began in 2018 and was kicked into high gear over the last couple months, with workers signing union cards and the Labour Relations Board ordering the Thursday vote.

There is a "very strong majority" in favour of unionization at the store, said Johnson.

"There is a lot of support and solidarity," he said. "It's not a divided unit. They are ready to move forward."

According to a spokesperson for MEC, 173 staff were eligible to vote, 121 staff participated in the vote, with 85 voting "yes" and 36 voting "no."

"Our preference is always to work directly with employees to resolve issues," reads a statement put out by MEC on the vote. "However, we respect the decision of staff in our Broadway store in Vancouver to unionize. Our people are important to MEC's success, and we strive to continue to reward and support them with a fair and competitive compensation package that is also sustainable for MEC."

Many of the issues the workforce is facing revolve around having "a voice" and "sticking together," rather than issues related to pay, added Johnson.

"It wasn't as if everyone was saying, 'We need better this or that,'" he said. "It was really everyone saying, 'How do we stand together and have worker solidarity within a cooperative employer?"

According to Johnson, the UFCW will be "happy to assist" any other MEC stores across the country that may be looking to follow the path laid out by the Broadway store. "There have already been questions about whether we can organize in Langley or Kelowna," said Johnson.

For the last couple years, the UFCW has been attempting to unionize Whistler businesses under a group called the Whistler Workers' Alliance.

At the time, the union also said it would like to unionize other businesses in the resort.

According to Keith Murdoch, a UFCW organizer focused on Whistler, the union has been hosting weekly meetings at Hunter Gather. Murdoch describes it as a venue for people "to learn about their rights under (the) Employment Standards (Act) ... as well as being a venue for workers to go get their questions answered."

Attendance for the meetings has ranged, with some meetings drawing as few as one or two people, while others attracting between 15 and 20, he said.

"We actually ended up getting more folks from the hospitality side of things coming out to those events than (from) some other areas," remarked Murdoch. "But all around, we had folks from a variety of workplaces coming out."

According to Murdoch, the union is still focused on the resort's largest employer—Whistler Blackcomb—but the transient nature of Whistler remains an obstacle.

"Another dynamic is that there are also a lot of retirees who are kind of settled in Whistler," added Murdoch. "They may have their pensions and work for their pensions as well."

That said, the UFCW is making progress on the seniors' front, he added. "Even with that group, we ended up getting some good traffic there, because people are recognizing that they are earning less than they ever have and that we are going the wrong way."

According to Murdoch, there are "a lot of similarities" in the type of people who work at MEC and choose to live in Whistler, with both groups looking for the income and flexibility to chase their passions.

He feels that the union's efforts in the community are becoming better known and that that will help with its efforts to unionize businesses.

"I think there is a growing recognition of the work we are here," he said. "You have to have good jobs to have good communities, and we are here to try and facilitate those things."

According to the UFCW, the last scheduled "Worker Wednesday" meeting (for the winter season) is scheduled for April 24.