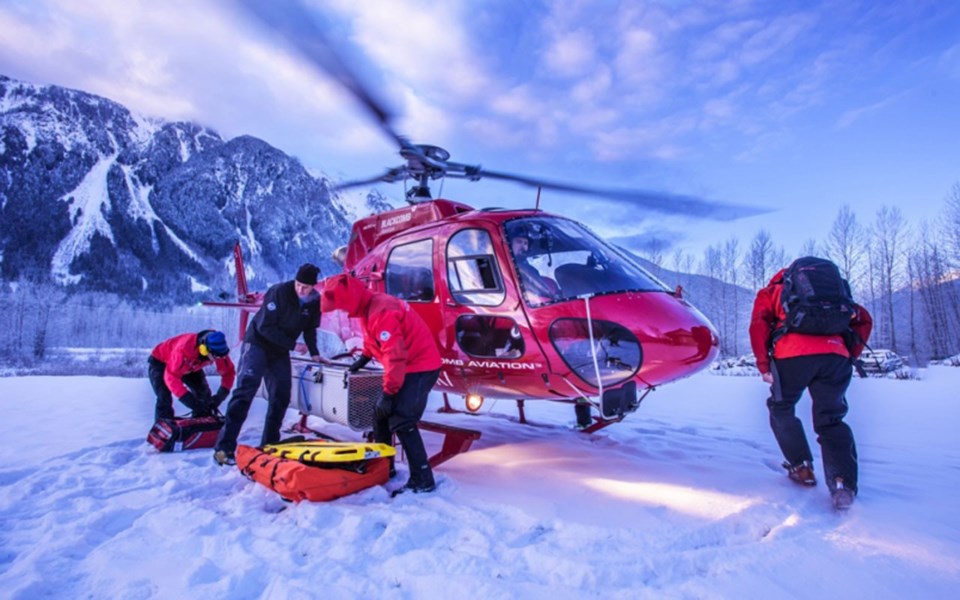 Pemberton Search and Rescue prepare to attend a call. Photo by Dave Steers

A 38-year-old man is dead after falling down a crevasse while skiing in the Pemberton backcountry on Monday, April 15, according to Pemberton District Search and Rescue (PSAR).

Rescue crews had just finished attending a nearby call when they received word that a backcountry skier had fallen roughly 30 metres down a crevasse near Rhododendron Mountain and was unresponsive. A medical and extraction team attended the scene, but unfortunately the man had succumbed to his injuries.

While officials have not released the man's name, friends later confirmed it was local professional freeskier Dave Treadway.

David MacKenzie, a media representative with PSAR, said the man was a “very experienced skier” who was travelling with a group that happened to run into challenging terrain in warming conditions.

“It was just an unfortunate incident going through unknown terrain,” he noted in a follow-up interview. “There are crevasses all over the backcountry and in the glacial area. Various ones may have an ice bridge over them or something, and some of them can be sight unseen.”

MacKenzie called the effort to recover the skier “a very technical operation” that was backed by several members of Whistler Search and Rescue. In all, 14 members from both Pemberton and Whistler crews attended.

“I would say the depth of the crevasse was paramount to the operation,” he explained. “Having to put in various ice anchors and protection and getting our team down into the crevasse to access the subject was one thing, and then being able to actually rig it back up so that they could be pulled back up to the surface was another.”

A GoFundMe page was launched on Tuesday in support of Treadway's wife and young children.

"Dave was a passionate individual who's achievements in the mountains were only outweighed by his desire to show others the love of God," read the fundraiser's description. "He did this by serving as a youth leader in his community and by leading as a professional skiing role model."

As of Tuesday afternoon, the page had raised nearly $5,000 and counting.

In a release, PSAR warned that “Skiing in backcountry areas means severe weather and avalanches are real hazards. You and everyone in your group must be self-efficient—carrying all the proper gear (transceiver, shovel, and probe) and have avalanche training.”

AdventureSmart.ca is a useful resource for anyone preparing to head to the backcountry.

Stay tuned to Pique as this story develops.

Editor's note: In an earlier version of this story Pique referred to David MacKenzie as head of Pemberton Search and Rescue. That title is incorrect. Pique regrets the error.