New facility planned for WedgeWoods neighbourhood
May 8, 2013 2:30 AM By: Andrew Mitchell 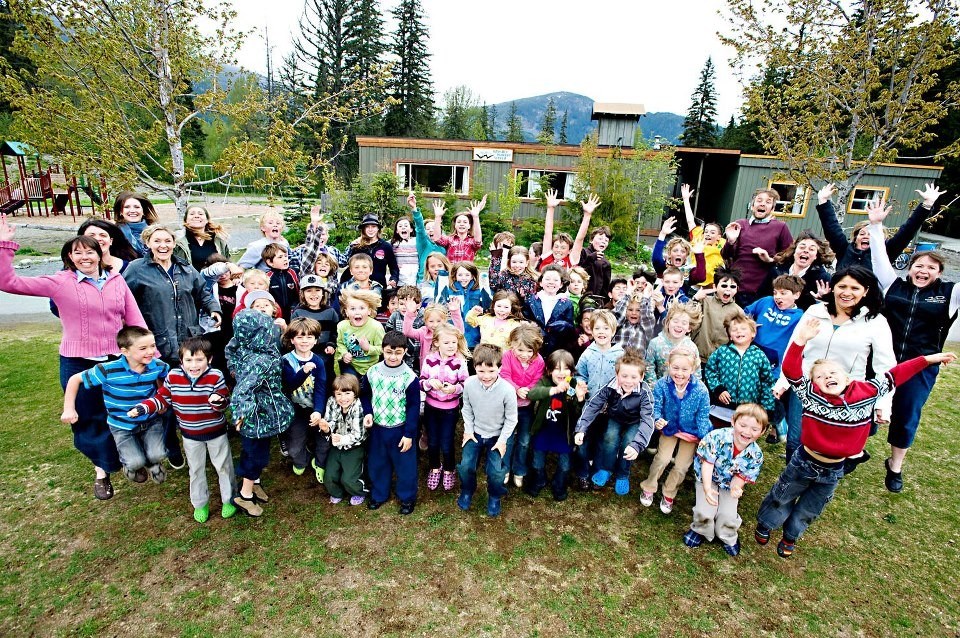 The Whistler Waldorf School presented more detailed information on its future plans to council at a Committee of the Whole meeting May 7, outlining efforts to build a facility that could one day house up to 346 students.

According to the Vision 2017 plan released earlier this year, the school would serve parents in Whistler and Pemberton and would eventually run programs from preschool through to Grade 12. To accomplish this, the Whistler Waldorf School needs to find a site to build a roughly 26,000 square foot school, which is more than double its current inventory of 3,500 square feet, plus 8,000 square feet of rented community space at Spruce Grove.

The land they're currently looking at is on a parcel next to the WedgeWoods neighbourhood, north of the Emerald Estates subdivision.

Vicky Bunbury, Whistler Waldorf administrator, told councillors that the group spent two years looking for suitable, relatively flat building site big enough for the school. Given the lack of undeveloped, flat land and the costs, it was a challenge.

Bunbury said the land would need to be roughly three acres (1.2 hectares) in the beginning, expanding to five acres (2.02 hectares) once play areas, parking lots and other amenities are installed.

The school currently offers courses up to Grade 10, and plans to offer a Grade 11 in 2014 and host a Grade 12 grad class the following year. At the start of the 2015-2016 school year the school expects to have 236 students, going up to 265 students the following year. Overall, the Whistler Waldorf School has grown roughly 10 per cent a year since it was founded 13 years ago and numbers have jumped recently: in September 2011 the school had 100 students registered; by 2012 they had 150.

To meet the immediate demand, Whistler Waldorf will create an additional 2,300 square feet of space by September 2013.

The first phase requires the installation of four additional portables on current leased lands this summer, which would then be moved to the school's permanent site in 2015.

The first phase is estimated to cost $245,000 and the total cost over the next three years through the second and third phases is pegged at $3.26 million. Total costs are estimated between $3.5 and $4 million.

Whatever facilities the school can't build on site they will rent from other schools in the area.

"We know we will never be able to have a gym for example," said Bunbury. "Last year we started fielding a basketball team for the Grade 6 and 7 students, and we had to rent gym space."

Burnbury told council that they had lenders in place and a strong track record fundraising and managing debt. The school does receive grants from the province, roughly 52 per cent of revenues at this point based on student numbers, with tuition paid by students making up another 47 per cent. Fundraising and other sources of revenue raise about one per cent of Whistler Waldorf's budget.

Tuition is not set in stone and can be adjusted to meet the needs of families with lower incomes.

As for the school's future prospects and the likelihood they'll reach capacity of 346 students, Bunbury said she already knows of three families that are moving to the resort because of the Waldorf option. As well, registration numbers are up overall in B.C. "We're seeing more students move out of the provincial system, (and Waldorf's) growth is around eight per cent for the last five years."

Waldorf schools offer a different curriculum than public schools, teaching students to learn on their own and to enjoy the learning process while incorporating fine arts, practical arts (such as knitting or woodworking) experiential learning, music, early introduction to French, humanities, science and movement.

The Waldorf proposal is not the only alternative or independent school being considered for Whistler. The proponents of a Whistler university in the resort have also included a private high school as part of their plans. As well, Quest University is opening a private high school in Squamish in September 2013, while in Pemberton there is work underway to develop a private school under the Hill Academy banner.