Wanderlust won't return to Whistler in 2020

Yoga and wellness festival scales back as it looks to reinvent
Nov 2, 2019 8:00 AM By: Braden Dupuis 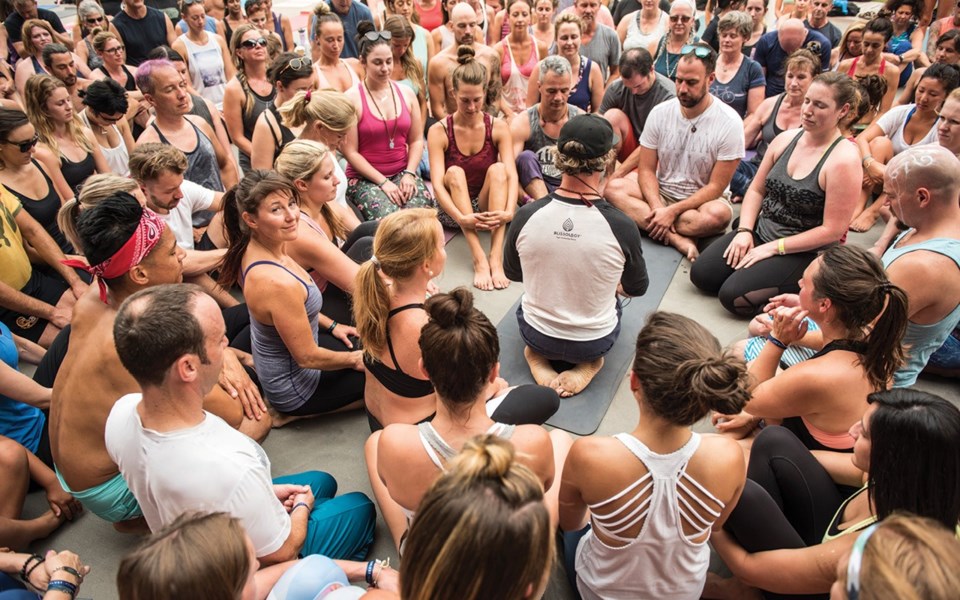 After seven years in the resort, the Wanderlust yoga and wellness festival will not return to Whistler in 2020. File photo courtesy of Wanderlust

After seven years in the resort, Wanderlust will not return to Whistler in 2020.

The yoga and wellness festival is taking the year to massively scale back—from 18 North American events to just three—though it hopes to return in 2021, said Wanderlust CEO Sean Hoess.

"We just decided that we've been doing Wanderlust for 10 years ... and we have grown so massively to a peak of over 60 events globally in 20 countries, and I think we got to a point where we feel like we need a little bit of space to reinvent some of the core facets, particularly of our festivals, which were the first event type that we created," Hoess said.

Hoess and his team were producing all of the events in North America directly, he said—a "massive undertaking" that had them on the road nonstop.

"It was very difficult for us to have the time and mental space, I think, to really reimagine what was next for Wanderlust," he said.

"And so we spent a lot of time thinking about it and talking about it internally and finally we decided, you know what, the best thing for us to do would be to starkly cut back our schedule and only do a couple of events."

As such, North America will host just three Wanderlust events in 2020: Wanderlust Squaw Valley in July, Wanderlust 108 in Brooklyn in September and Wellspring in Palm Springs in October.

"I think they will be bigger events, because we have also been working on how to really attack some different things about Wanderlust ... both make it more affordable and by doing so also expand the number of people who can attend," Hoess said.

"So both of those things kind of go hand in hand actually ... the smaller an event is the more it has to cost from an attendee perspective, and so we're trying to figure out how we can make it more affordable and also scale it bigger."

Since launching in 2012, Wanderlust Whistler—typically held in August—brought thousands to the resort each year.

While Tourism Whistler has not done an economic impact assessment for the festival, Hoess noted the "several thousand" people coming each year and staying in hotels or eating in local restaurants "will have some impact."

"On the other hand, I would say to you guys that you have a very, very successful resort on your hands, and so you don't seem to be hurting for business up there," he said.

"Even bringing 4,000 people, 5,000 people into Whistler ... it sounds like a lot, and it was a lot at other resorts, but in Whistler it's kind of a drop in the bucket for how big you guys are.

"I think we need to innovate a concept that allows for even much bigger scale, and then at that point I think Whistler will be really perfect for us."

It's the second marquee summer event to announce its departure in 2019, following Ironman Canada's July announcement that it will return to Penticton in 2020.

"Wanderlust has been a signature event on Whistler's summer calendar for many years and they have been great partners. While Whistler may be seeing some changes to its lineup of summer events, it will not cause a major impact to business as leisure travellers will still be drawn to Whistler during those peak periods for our core summer season products," said Karen Goodwin, Tourism Whistler's VP of destination and market development, in a statement.

"Whistler appreciates what events like Wanderlust and Ironman have done for the resort and we would be happy to welcome them back in the future, although ideally their timing would align with Whistler's shifted focus of driving business during our need periods."