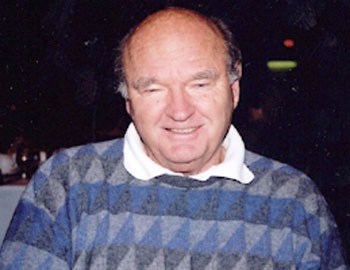 Last Monday morning, I shoveled a foot of new light powder snow off of my porch here at the Yellowstone Club. An hour later, I was standing at the top of Pioneer Peak and 80 miles away I could see the Grand Tetons etched against a cobalt blue sky. I had walked a quarter of a mile from my home, climbed into my boots and skis, ridden two chairlifts almost 3,000 vertical feet and had seen no other skiers except my four guests and three of the 17 ski patrollers working here that day.

As I looked down the west side of Pioneer Peak, several thousand acres of newly created runs had over a foot of new snow on them and as a part-time guide, mine would be the first tracks on one of them. At times like that, I always pause a moment to be thankful that I got my hands on a 16mm movie camera in 1949 and have been able to make a living sharing this kind of world with the people who for the last 55 years have bought tickets to my movies and thus, supported my own skiing lifestyle.

At that point, it was time to be the ski guide and I had to put up or shut up because I was on a new pair of powder snow skis that are pig ugly, but were highly recommended to me by the local hot shots. They are supposed to turn easier than anything ever designed and at my age I need all of the help I can get. Why not have a pair of skis just for deep powder? Have you ever seen a golfer with only one club in his bag?

The run I was going to lead my guests down is not very steep at the top, but when you have a foot of goofer feather snow over a perfectly groomed base without a bump under it for over 2,000 vertical feet and not a single track in front of you, what is not to like?

After much picture taking, I led off with my four new friends and by the time we carved up the steep bottom two-thirds of the run, they were starting to complain about smiling so much that their gums were getting sunburned. Amazingly, this first untracked powder snow run was not until 12:15 p.m. because they all had previous commitments.

I was able to get them to cancel their afternoon appointments when I repeated an old line from a film I made for Mike Wiegele many years ago: "If you don’t do it this year, you’ll be one year older when you do."

We all know that this time around is not a rehearsal. This is the only trip we get to take, so don’t be afraid to show up at work on Tuesday with a sunburned face because the weekend snow was too good to leave for the locals on Monday. When my kids were little, I used to have a lot of fights with their schoolteachers. I always told them, "A day skiing in powder snow is more important than a day in your geometry class." Fortunately for my kids I had taken a lot of math in college before I dropped out and was able to stay a little ahead of their assignments.

I haven’t done a simple algebra equation in many years, but I sure know which side of the mountain will have the best snow and sunshine for a ski run that anyone will remember for the rest of their lives.

On one of the quad lift rides, with that cobalt blue sky shining, I asked my three chair-riding companions to try and describe what they were feeling when they had been skiing all day in untracked powder snow without seeing anyone else on any of the runs. They could not describe their feelings or the Yellowstone Club.

My answer to their lack of adequate words to describe it was very simple.

As one of the luckiest people who has every put on a pair of skis in recorded history, I get to ski here every day. In my interactions with guests and the press I tell them, "Here’s a dictionary. You can pick any 10,000 words out of it that you want to use to write about the places we have skied today. I don’t think that you can describe it adequately because in the four years that I have skied here every day, the only way I have been able to describe it is to say, ‘It’s different than different.’"