Whistler Search and Rescue's annual report shows a busy summer on par with winter
Mar 3, 2014 10:03 AM By: Alison Taylor 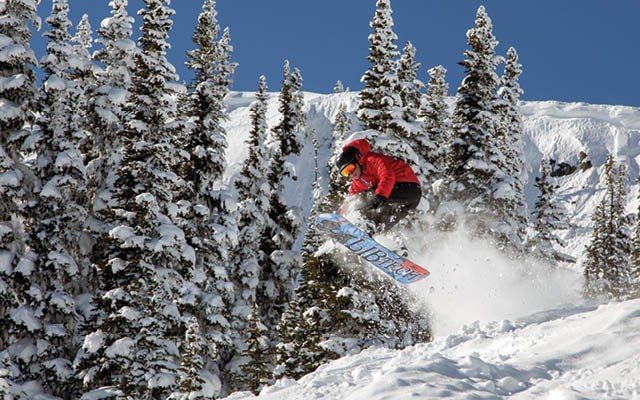 A Size 2 natural avalanche on the south face of nearby Parkhurst Mountain had Whistler Blackcomb on alert this week and as conditions changed patrol were closing down in-bounds areas due to avalanche danger.

"Right now we're running around actually closing down our solar aspects," said avalanche forecaster Nigel Stewart on Blackcomb Mountain. "So Lakeside Bowl has closed because it's already started to heat up and start running. We've closed the Blackcomb Glacier because we're worried about the Phalanx Ridge affecting our area... The snow is changing with the warming temperatures."

By 2 p.m. Tuesday, Feb. 25 the Blackcomb alpine was entirely closed due to warming conditions.

The activity at Whistler Blackcomb reflects concerns from the Canadian Avalanche Centre, which issued a special warning about the unstable snow pack this week, a warning that extended to most mountainous regions in B.C., including Sea to Sky.

The warning spanned Feb. 20-26 and was put down to the dry period in late January/early February.

Looking out to the coming week, CAC avalanche forecaster James Floyer said: "We're very likely to still have a fundamentally unstable snowpack although I suspect that we will see a significant drop in natural avalanche activity (by the weekend).

"The weak layer itself has been giving us all these problems — that's now buried between 80 and 150 (centimetres). That weak layer won't heal enough to put it out of the range of human triggering, but it probably won't be responding to natural inputs.

"We'll be entering a period where the snowpack is still ripe for human triggering."

Ski tourers triggered an avalanche on Cowboy Ridge this weekend, said Stewart, an area also out of bounds.

"If you're in the wrong spot it could be potentially devastating," he added.

While there have been just a handful of callouts this winter season for Whistler Search and Rescue (WSAR), manager Brad Sills cautioned: "This is not the year to be bold."

His comments come after WSAR's annual general meeting last week in which Sills outlined the volume and type of calls that the volunteers responded to over the last year, from Feb. 19, 2013 to Feb. 17, 2014.

In that time period, there were just as many calls in the summer as in winter, with July the second busiest month at 16 calls, one less than February.

The statistics mimic trends elsewhere in the resort; summer business, be it retail or rescue, is giving winter business a run for its money.

"We used to be quite busy in the summer and then it seemed to have fallen off, so this year was a return back to 1980 activity," said Sills.

While poor snow conditions played a role in hampering people heading into the winter backcountry, the summer sunshine had the opposite effect.

"So much of what we do is weather driven," said Sills. "Last summer was an extraordinarily great summer for outdoor pursuits.

"There were just a lot of people out there in the backcountry."

One of the major differences in the seasonal calls is that summer responses tend to be easier from a search-and-rescue standpoint.

Winter calls, on the other hand, tend to be more serious. The four fatalities over the course of the year all happened in the winter — one out of bounds skier involved in a collision with a rock, two ski mountaineers killed by falling rock and one overdue snowboarder who died of exposure.

Though the summer rescues aren't as complicated, there is a trend, said Sills, for more technical-oriented responses in general.

"I put it down to just velocity — the nature of sport, whether it be snowmobiling, or BASE jumping to even mountain biking," said Sills. "Blunt force trauma is typically the results of those types of pursuits. Blunt force trauma in the backcountry is a serious situation before help finally arrives."