Olympics expected to impact people’s time, commitment to skiing and riding this winter
Aug 28, 2009 8:06 AM By: Andrew Mitchell 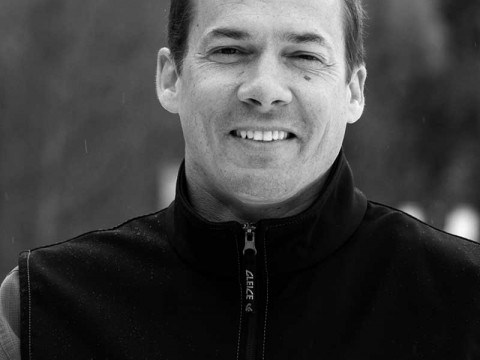 The 2010 Olympics and the "aversion factor," are the main reason for the discounted pass, although Whistler Blackcomb also considered factors like the economy.

"It was really about the Olympics, both in terms of people's time and the commitments they may have, and because it might be a bit more of a challenge to get to the ski hill," said Dave Brownlie, president and COO of Whistler Blackcomb. "Yet we know it's going to be a phenomenal product, we're over 90 per cent open even during the Olympic period, and we wanted to keep people committed to the program.

"We looked at all the factors (when deciding pass prices), and the Olympics was the biggest one, and then secondarily we looked at the (economic) environment we're in."

This year all season passes include access to the Peak 2 Peak Gondola, as well as various perks - 20 per cent off food and hot beverages, two-for-one Fresh Tracks tickets, 20 per cent of rentals, half price tickets to the Coca-Cola Tube Park, bring a friend lift ticket offers, $100 off heli-skiing, 20 per cent off purchases at Whistler Blackcomb retail stores and $50 off ski and snowboard school.

As well, the first 2,000 people to purchase passes will receive two tickets to Olympic victory celebrations in either Vancouver or Whistler.

The price of a Spirit Pass, available to full-time employees who work for businesses that are members of the Whistler Chamber of Commerce, is $999 this year, plus a $25 Chamber Fee. That's $150 less than last year when Spirit Pass holders were charged extra for Peak 2 Peak access.

"(Spirit Pass holders) will have a lot of commitments next year, whether they're directly involved in the Olympics or just going to events, and we wanted to make sure that our employees recognize that the skiing and riding is going to be great, and thought this price would provide an inducement to get them committed to the program and getting to the ski hill," said Brownlie.

Brownlie said Whistler and Blackcomb will most likely be a lot less busy next season, especially during the Olympic weeks. The resort is also hunkering down because of the Olympic aversion factor, where guests avoid towns and cities that host the Olympics because of concerns about construction, price and security. Business generally increases after a Games, but the aversion factor before the Olympics has been seen at Salt Lake City, Torino, Sydney, Beijing and other Olympic host cities and resorts.

Whistler is looking at ways to combat the aversion factor, but Brownlie acknowledged that there will be a few roadblocks before and after the Games. For example, Lot 7 and Lot 8 on Blackcomb will be closed to the public as of Sept. 1, while the day skier lots on Blackcomb Way will close on Jan. 11. The underground lot in Creekside will have limited access after November, and will be closed completely by Feb. 1, while the Creekside gondola will close to the public on Feb. 1.

During the Games period, driving and parking within Whistler will be restricted. However, there will be enhanced bus service from Vancouver, as well as within Whistler. The local bus fleet will increase from 39 buses to 135 buses, and transportation will be offered around the clock.

"For some people that means making a change to transit, but I think once people get used to it they'll find it's a great way to go skiing and riding," said Brownlie. "Hopefully the slopes won't be empty, but it will definitely be slower and we'll have a great product out there."

Edge Card and day-ticket prices are still to be announced. However, while announcing the 2010 Bonus Pak, Whistler Blackcomb suggested that three extra tickets will be valued at $234, or $78 per ticket - what people will pay if they purchase their tickets at a 7/Eleven store, Brownlie explained.

All cards and passes will be special editions with a 2010 theme, but Brownlie recommends that pass holders reactive their passes from last year and then upgrade to the new pass later in the season when the lines at Guest Relations are shorter.

Opening Day for the 2009-2010 season is Nov. 26, although early openings are always possible if the conditions are good enough.