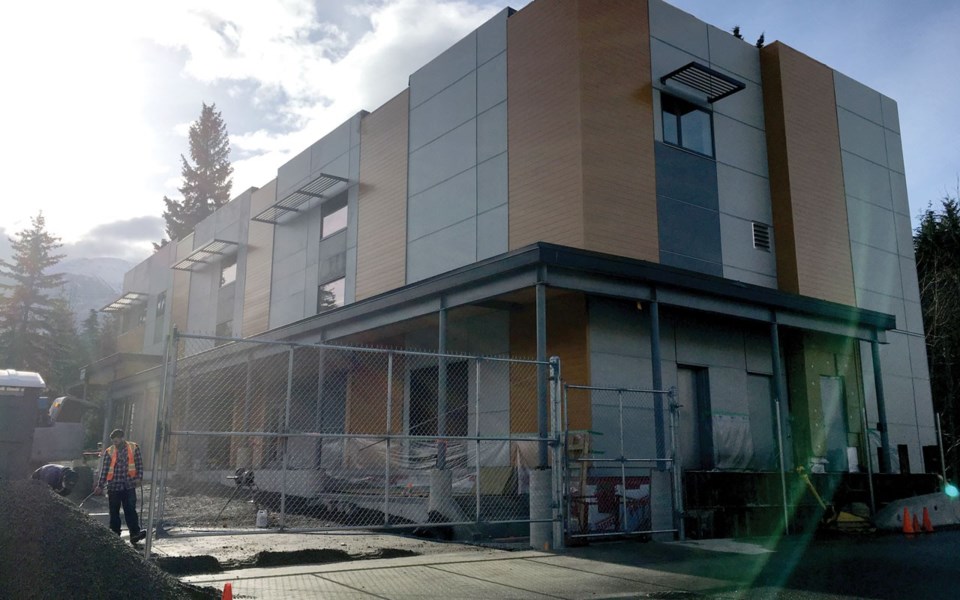 The new home of the Whistler Community Services Society (WCSS) is slated for a late June opening, and the Whistler Blackcomb Foundation (WBF) has stepped up with a $400,000 contribution to the project.

"I think it's big on many levels ... the fact that WBF has stepped up to help us pay the bill is amazing," said WCSS executive director Cheryl Skribe.

"The second part of it for me is that this really solidifies a long history of support and generosity from the WBF to WCSS."

WBF has donated almost $1 million to the WCSS over the past two decades, but the $400,000 contribution is the biggest single donation yet.

"Raising money is not an easy prospect, and I feel very privileged that (WBF executive director) Mei Madden and the board of WBF feel that we're a worthy investment within the community for those very hard earned fundraising dollars."

Giving to WCSS is an easy decision, considering just how much the organization contributes to the community, Madden said.

"It just fits such a wide range," she said, pointing to WCSS initiatives like the food bank and programming for kids and mental health initiatives.

"Cheryl and her team do such an amazing job of addressing it, and addressing it very quickly, and I think that's one of the things that sets them apart from other non-profit charities, is they'll see that there's a problem or an issue in our community and they'll fix it, and to do that obviously they need a lot of funding, so we've just been very fortunate that we're in a position that we can help them with that."

In November it was announced that the new WCSS building at Nesters—which will house the Re-Use-It Centre and all of the services currently offered in Spring Creek—had run into some significant cost overrun, with the budget ballooning from $2.1 million to $3.1 million due to rising construction costs.

The Resort Municipality of Whistler loaned WCSS $1 million to help cover the increase.

All-in, the total costs for the building (including all consultants, construction and taxes) is $3,813,709, Skribe said.

The WCSS will be making a concerted fundraising effort to pay off the $1 million loan as soon as possible, Skribe said, adding that the organization has launched a new campaign called The Heart of Whistler.

"That is going to allow every community member to contribute in a way that is meaningful to them," Skribe said.

Anyone interested in donating can visit www.mywcss.org, drop off a cheque at 1519 Spring Creek Dr. or visit the Re-Use-It or Re-Build-It centres.