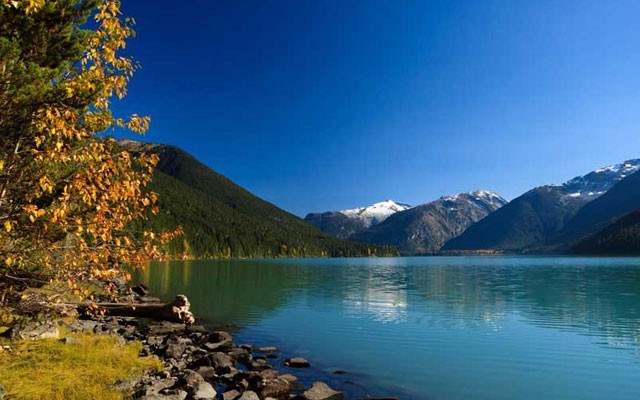 Whistler Blackcomb (WB) is getting the inside scoop on the province's updated plan for Garibaldi Provincial Park, favouritism that doesn't sit well with some stakeholders.

Jayson Faulkner, chair of the Spearhead Hut Committee, wrote to Environmental Minister Mary Polak last month, expressing his dismay over the process, which saw Whistler Blackcomb meet with the province at the 11th hour over the Garibaldi Park plan amendment, and other land use matters. No other stakeholders have seen copies of the plan since the draft was released one year ago.

"When did all of a sudden the process become a private behind-closed-doors process?" asked Faulkner.

"We don't understand what appears to be different kind of treatment when it comes to the other stakeholders."

Faulkner is not alone in his concerns.

"Our Brett Carslon Memorial Foundation group is concerned about the fact that this final report has been released for review to WB/Whistler Heli Skiing, while none of the other interest groups have been included, or made aware that this had taken place," said group spokesman Damian Cromwell.

"It brings up questions of fairness and bias, and does not provide the same opportunity of review for the number of other groups who have worked diligently towards putting this document together — not to mention the large population of the public left in the dark, that seem to be against the continuance of heli-skiing in the park."

Whistler Blackcomb's vice president of planning, government relations and special projects Doug Forseth, confirmed this week that senior officials at the company met with provincial representatives two to three weeks ago. The province gave Whistler Blackcomb the heads-up that it was close to finalizing the master plan amendment.

"We did meet to review various land use issues that we have in common because we have such a large boundary together," confirmed Forseth, adding that the work included some coordination with Whistler Blackcomb's own master planning process.

"I don't know when they're going to release it (the plan amendment). I can't comment on what we did read in there because it's talking out of school.

"They did talk to us but again, it seemed reasonable because we are both doing a master plan; we have common issues between the two of us."

The Ministry of the Environment said in an email: "... As per the normal park management planning process, meetings with Whistler Blackcomb have occurred as they operate within the area of the management plan amendment. BC Parks staff will continue to meet with local First Nations."

Whistler Blackcomb has arguably one of the largest stakes in the Garibaldi Park amendment; the Spearhead Area is one of the preferred guiding areas for the company's heli-ski operations, Whistler Heli Skiing.

The issue of heliskiiing in the Spearhead area came to a head during the park plan amendment public consultation period, with 68 per cent against the continuance of the activity in the park.

The draft amendment includes the recommendation that heliskiing opportunities remain but no new areas will be considered.

The draft states: "The ongoing operation of Whistler Heli Skiing is important to Whistler's economy and contributes to the diversity of the recreational opportunities offered in the park. Furthermore, the presence of the heli-ski operator in the park provides an important measure of public safety."

The draft states that BC Parks will work with Whistler Blackcomb to add value for other park user groups and develop a permit management plan, which includes restrictions on usage in order to minimize conflicts with other user groups and minimize impacts to the mountain goats and other wildlife.

"The one who had the biggest bone to pick was Whistler Blackcomb and they're the only ones who seem to be able to comment," said Faulkner. "It just doesn't feel right."

The province is in the final stages of the Garibaldi Park Plan amendment, an amendment that is focused on the Spearhead Area in Whistler's backyard, an area of intense interest for resort stakeholders.

BC Parks' work on the amendment began in January 2012. It included months of consultation with stakeholders ranging from mountain bikers to hikers to Whistler Blackcomb, which uses the area as the drop off spot for its heli-skiing operations, a growing niche market for the company.

A government spokesperson directed Pique to the BC Parks website for the schedule of the plan amendment.

The first four stages are marked as "complete," including initial stakeholder and public input, development of the draft management plan amendment, and having the draft plan amendment available for public review and comment.

The final stage — completion of the final approved management plan amendment — is marked as "current stage."

Stakeholders were initially told the approved final amendment would be released last spring. That deadline was pushed back in light of the provincial election. Stakeholders have been calling repeatedly over the summer, waiting for an answer.

He is talking specifically about the Spearhead Huts project, a system of huts in Whistler's backcountry designed for non-motorized users. It's a project with a cost close to $2 million led by volunteers. The municipality has committed $300,000 to the project, as outlined in the Economic Partnership Initiative report, approved by council this week.

"As you can imagine, for a non-profit volunteer project like this, momentum is very important," said Faulkner.

"We're sitting on our hands... meanwhile, it seems to be business as usual on the heli-ski side. It's frustrating."

The Ministry of Environment released this statement to Pique: "In general, input from the public and stakeholders is complete. Where required, further discussions on clarifying issues or other information may be required as part of the follow-up process.

"The Garibaldi Park management plan amendment is continuing through the final reviews and this has resulted in the amendment not being completed yet."