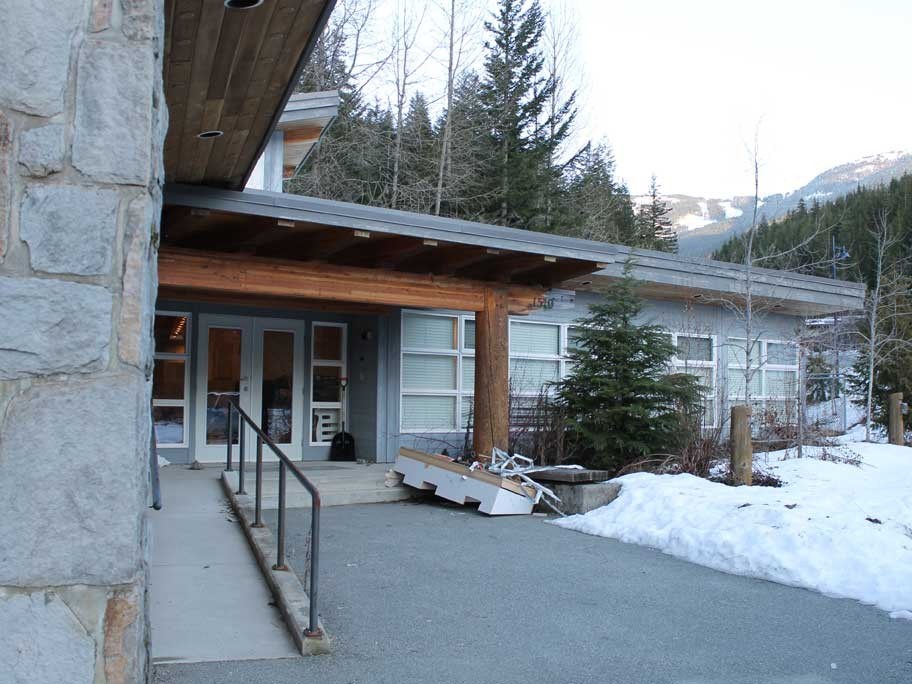 It's been more than three years since the Spring Creek Children's Centre closed its doors as a result of a combination of factors - including room sizes that were too small by provincial standards to recover the cost of providing daycare services.

Now that building is set to reopen at the end of January as the Whistler Blackcomb Foundation Social Services Centre, a new hub for all of the Whistler Community Services Society's (WCSS) outreach activities and administration.

"The plan is to provide dedicated office and programming space for four major non-profits and meeting rooms for community groups and volunteers," said Lorna Van Straaten, the executive director of WCSS.

The other three groups in the space include the Howe Sound Women's Centre, which will be providing additional services out of the facility including a drop-in centre; Sea to Sky Community Services and Zero Ceiling.

The WCSS's current space at Spruce Grove will revert back to the Whistler Arts Council, which owns the building but has moved its own operations to Millennium Place.

WCSS will assume the full costs of the new centre, which reverted back to the Resort Municipality of Whistler after the daycare closed.

When it was proposed, there was some controversy over the location of the Food Bank, one of the WCSS's most used programs, as well as transit access for other services. At the time there was almost no bus service to Spring Creek, but that has changed; according to WCSS there are now 12 scheduled buses that stop outside the centre - and the stop is actually closer than the previous Food Bank headquarters at the bottom of Lorimer. During Food Bank hours, 10 a.m. to noon on Mondays, there are three buses that stop at the centre - 9:39 a.m., 10:52 a.m. and 11:53 a.m.

If a person cannot attend the Food Bank via transit, WCSS offers a Helping Hands program that can deliver.

For the WCSS, having the opportunity to concentrate all of their programs in one location was one of the reasons they wanted the space.

"It is amazing to have all staff and programs under one roof," said Claire Mozes, Outreach program manager at WCSS. "It will be much easier to host programs and events in our space for a variety of reasons. Every time we need a space for community kitchens, guest speakers, senior's drop-in or a larger meeting room we have to rent something. We also have to cart around supplies and deal with venue schedules.

"Our outreach staff will all have dedicated private office space to meet with clients. Currently four staff share one space for this purpose and it is also our staff lunchroom.

"I also think there are programs and services we haven't even considered in the past due to lack of space which will be considered in our new location, such as multicultural outreach and nutritional speakers series."

The Food Bank will benefit from a larger storage space, as well as a large garden that will be funded with a grant from the Community Foundation of Whistler. There's also a sink and toilet, simple amenities they were not able to provide in their Food Bank trailer.

WCSS also has plans to share the space with other non-profits.

"To be able to walk in one door and get help from a variety of different resources without having to retell your story or search for another resource when you are under great stress in invaluable," said Mozes.

Some of the programs that will be operating out of the space - located just past Spring Creek Community School along the Valley Trail - include Outreach support programs, the Bulk Food Buying Club, the Support Network of Whistler life coaching services, seniors programming and more. The full list of WCSS programs is at www.mywcss.org.

One of the new programs starting up is the Howe Sound Women's Centre space, including the first Women's Drop-in Centre for Whistler. There is space for the programming such as a counselling for Children who Witness Abused, as well as fenced areas outside that still have the play structures from the daycare.

There is no overnight women's shelter in the centre, although the need for that service has been discussed in the past. In the short-term, overnight services will continue to be provided through Pearl's Place Transition Home in Squamish.

Another new program that wasn't possible before is employment counselling through Training Innovations, and other programs for literacy training, speakers series, family resources and volunteers.

An open house at the facility will be held in February.