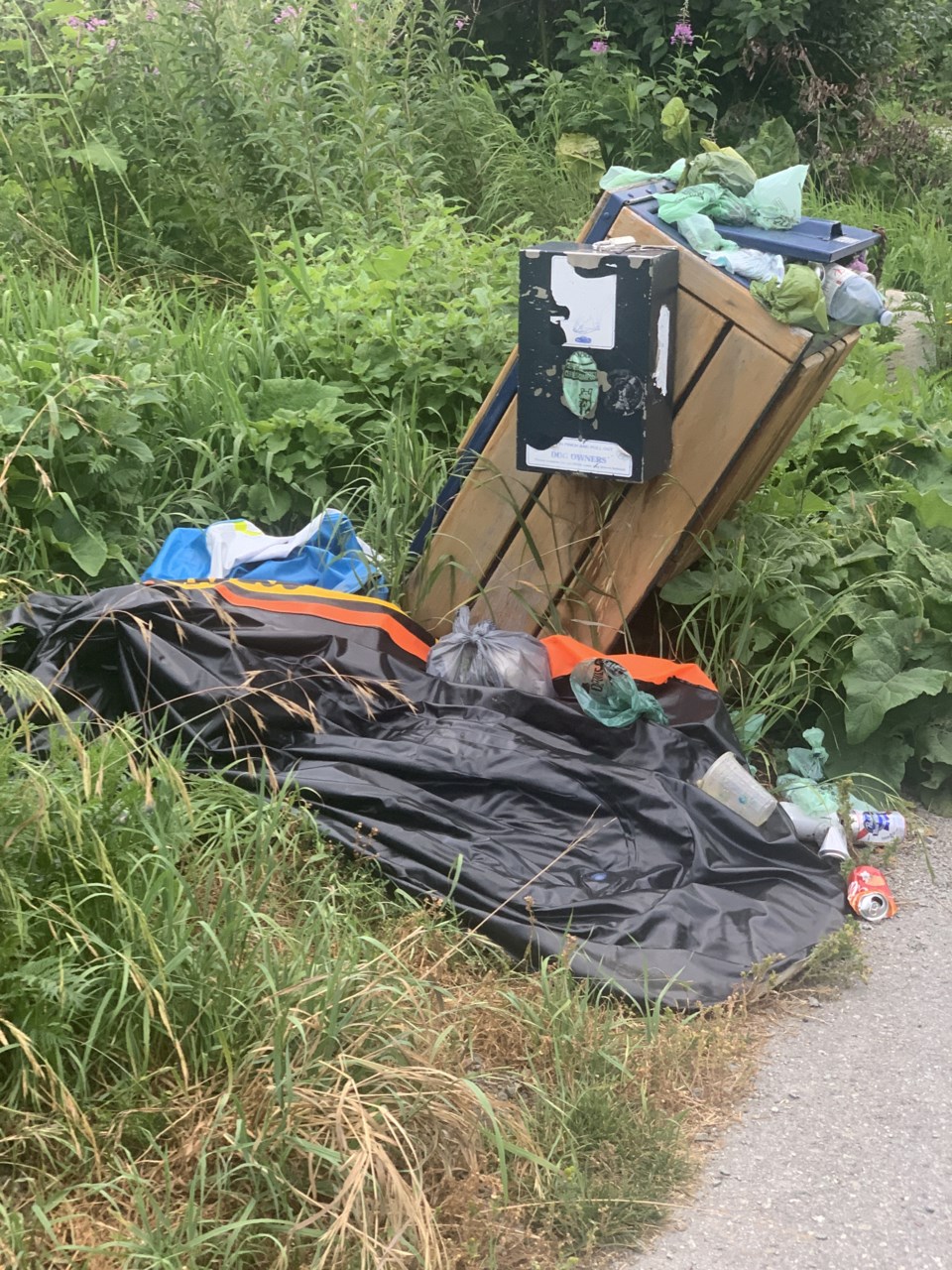 Local officials say there is more work to do following the busiest weekend of 2020. Photo submitted

Another weekend, another influx of visitors to Whistler—and more lessons for local officials to consider.

While more physical-distancing measures were implemented ahead of the long weekend, including traffic management, significantly reduced parking at local lakes and a shuttle for easy transportation, social media was still busy with chatter about overflowing garbage cans, crowded parks and disrespectful parking—even at Whistler’s cemetery.

It was the busiest weekend of the year so far, according to traffic counters, and local officials are admittedly still grappling with the influx.

“We learn as we go,” said Mayor Jack Crompton.

“It is an extremely unique situation that we face, and we’re focused on ensuring that we get better at responding.”

To that end, Resort Municipality of Whistler (RMOW) officials were set to debrief and discuss new strategies on Wednesday, Aug. 5 (after Pique’s weekly press deadline—check piquenewsmagazine.com for updates ahead of the weekend).

“We had a good meeting [Aug. 4]. I’d say we’re still gathering information to understand what we learned this weekend,” said chief administrative officer Virginia Cullen, noting that it was particularly challenging to manage the parking on Alta Lake Road.

A pilot-project shuttle transporting people from Creekside to local lakes was well received, with close to 550 passengers between Saturday and Monday, she added.

“We need to make some decisions on how best to allocate resources,” she said.

“We need to make sure we’re covering off all of Whistler, and not just the area around Rainbow Park. So that will be our focus this week: to figure out what makes the most sense.”

Crompton spent the long weekend in the parks and the village, even taking on some shifts as a Village Host for the first time.

He said he spoke with many British Columbians who were visiting Whistler for the first time—and many who had heard the RMOW’s message that “COVID is not on vacation.”

“That message is certainly connecting with tourists, and I was seeing more people than I had [previously] seen taking action to ensure that they were safe,” Crompton said.

Even so, overflowing garbage cans and overcrowded parks indicate that the message still isn’t hitting the mark for everyone.

Tourism Whistler and the RMOW have been working together to develop messaging for visitors in recent weeks, said senior manager of corporate and member communications Lauren Everest.

“This ‘travel etiquette’ information lives on whistler.com and encourages visitors to be respectful of Whistler’s COVID-19 safety protocols, but also reminds visitors of things like the importance of ‘packing out whatever you pack in,’ particularly at Whistler’s lakes and parks,” Everest wrote in an email.

“These Travel Manners are being promoted on new signage throughout the village, as well as on social media, pre-arrival emails to guests, etc. The goal is to help encourage more responsible behaviours across the board.”

The RMOW is also going to be focusing its communications even more, “so that visitors understand what is available when they arrive and how they’re expected to access different parks when they come here,” Cullen said.

Another takeaway for Crompton was admiration for municipal employees on the ground in the village and parks, he said.

“They have been working in what can be classified as unique circumstances and representing Whistler extremely well,” he said.

“It’s not perfect, but we’re moving in the right direction. I sure am proud to be a Whistlerite and know that this will get better as we go.”