Wells removed as WHA board chair 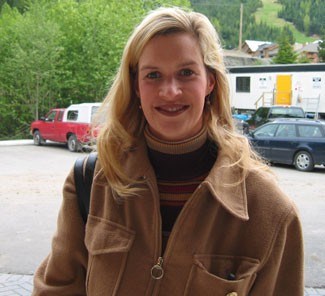 Effective immediately Councillor Kristi Wells has been removed from her position as board chair, after a five year tenure at the helm.

Councillor Gordon McKeever will now sit on the seven-member board as one of the three council representatives and collectively the board will decide on a new chair.

Mayor Hugh O’Reilly, who made the decision, is out of the country at the moment and could not be reached for comment on his decision.

But Councillor Nick Davies, who sits on the WHA board, offered some insight about the move.

"My understanding is that the mayor simply wants to mix things up because we’re halfway through our term," he said.

An example of this mix up is not only Wells being removed as chair but also the recent shuffle at the council table he said.

At the last meeting the mayor changed the seating arrangement, in part to give council members a new perspective.

Davies also said there have been discussions at the municipality about councillors lingering in positions on various community boards.

"We have had discussions for some time that people seem to get parked in the position as chair... and that’s not necessarily a good thing," he said.

Davies said this issue has been broached during discussions on the governance review. He is one of the four member governance review task force, including the mayor, Administrator Jim Godfrey and McKeever, which has been looking into this issue of governance at the municipality. Essentially they are doing a review of council’s rules and responsibilities and how council conducts itself with staff.

"This whole idea of mixing things up to give a fresh perspective is something that’s been in the pipeline for a while now," said Davies.

On the other hand, Wells said she was "absolutely surprised" by the move, which she first learned about before the Monday, April 19 council meeting.

"I’m not so sure why or how it’s warranted," she said.

"I just don’t feel that at any point as a board that we stopped working or didn’t have goals."

She points to work like the non-cost housing initiatives and the comparative site report as some of the key goals that were realized this term.

"As far as delivering (to) council, we were following through on our business plan," she said, adding that the board has been challenged in moving forward with concrete housing projects as it waits for the Comprehensive Sustainability Plan to be finished.

Wells has been involved in housing issues ever since she first took office 11 years ago. She was part of the board of the Whistler Valley Housing Society, which then morphed into the WHA.

"I loved it," she said simply on Tuesday.

Wells announced her removal to her fellow board members and the WHA management at Monday’s monthly board meeting.

"I’m shocked at the change that has been made because to date there’s been no indication that anything was wrong," said WHA General Manager Tim Wake.

"She’s been involved in the development of housing and addressing housing issues in Whistler since she was first elected to council. It’s been one of her priorities."

Steve Bayly, another board member who was not at Monday’s meeting, learned about the change from Wells on Monday evening.

"I was surprised to hear it but I just don’t know the details," he said and deferred any further comment until he had more information.

The mayor is expected to announce the change at Monday’s council meeting.

McKeever is getting up to speed on the WHA this week.

"It’s an area of great importance," he said.

"Of all the boards that we send any representation of mayor and council, this one gets the most, which is appropriate as to its priority."

As to the change of council representation, McKeever would not comment.

"As to what’s going on there, I’m not going to comment," he said.

In the meantime Wells said her removal won’t prevent her from being involved in housing.

"I’m always going to be passionate about housing on the council side," she said.

"It’s not like they’ve lost a voice. It’s just in a different capacity."