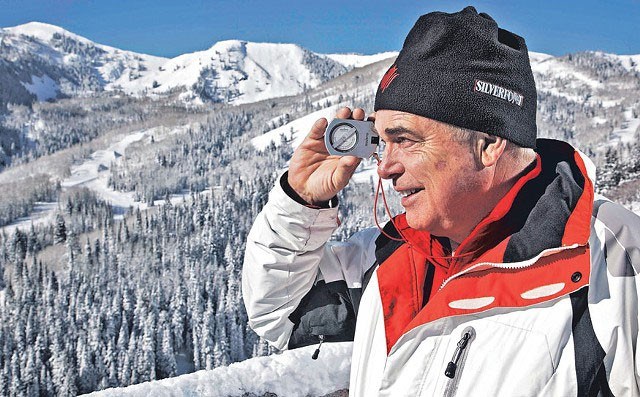 Paul Mathews, who lives on Alta Lake Road, doesn't want to have his home hooked up to the municipal sewer.

It's simply too expensive to justify the project and the estimated $3.54 million could be spent doing other things in Whistler.

"Four million dollars can do a lot of other things in our municipality," said Mathews.

"The alignment of the west side is not very good for a sewer."

He is one of the fewer than 40 homeowners on Alta Lake Road who do not have a hook up to the sewer main — the last remaining Whistler residents on septic tanks or fields.

Mathews was taken aback in recent weeks to learn that Mayor Nancy Wilhelm-Morden, and some members of council, seem determined to connect the last remaining homes to the municipal system, even without government grants.

"I think we need to think through this thing a little more carefully," said Mathews.

The mayor was clear, however, that before anything moves ahead there would be community consultation.

"We've got to do a whole consultation piece first because there will be some cost sharing with the... landowners," said the mayor after the last council meeting Dec 17, 2012.

"My personal position is that, assuming that we have the interest of the landowners, the 39 people in the neighbourhood, that we move away from the position that the municipality currently has, and that is: we're not going forward with sewer on the west side road unless there's senior government involvement."

She is, in part, responding to a lobby from some area residents who want the same municipal services as everyone else in Whistler. But not Mathews.

He doesn't see the value in the project, particularly the expense, when he has a system at his home that is a "perfectly operating system."

Contrary to previous council policy, which dictated the project would not move ahead without senior government funding, the mayor now wants to explore other options.

That is one of the reasons why council received an information report from its staff at the last meeting of the year, outlining the costs of the project and what Alta Lake homeowners would pay in terms of splitting the costs with the municipality.

"This is just way out to lunch," said Mathews.

Furthermore, he said, fewer than half of the homes on the road are lived in on a full-time basis; it's a low-density neighbourhood.

While there may be some systems failing on the road — a 2006 report identified nine systems as having a higher degree of failure — the leaks are not impacting the lake, according to recent studies.

A consultant report is due in early 2013.

After that report staff will present additional infrastructure options and updated costs estimates to council. The report will also provide more information regarding the implications for a utility right-of-way resulting from ownership change of the rail lands from BC Rail to CN Rail.