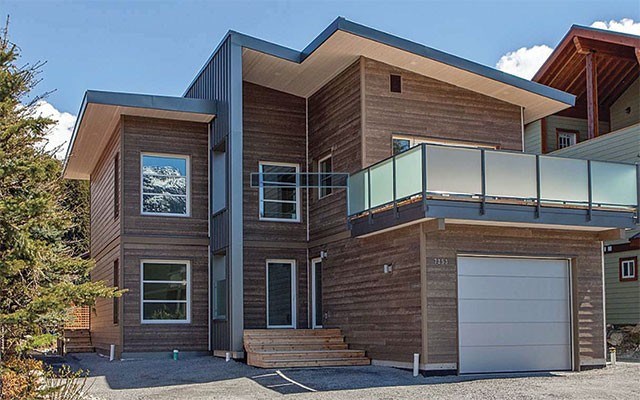 The Whistler Housing Authority (WHA) is increasingly looking to an energy-efficient building standard as one way to meet Whistler's climate targets while improving affordability for residents.

This summer, WHA sold a three-bedroom home in Spruce Grove for $950,000 that was built using Passive House technology, making it the first single-family unit of its kind in WHA's inventory.

"We believe it's important to keep being innovative and keep pushing the newer technologies that are proving to be really energy efficient and in line with our commitment to reducing greenhouse gas emissions, a smaller footprint, and being more environmentally friendly," explained WHA general manager Marla Zucht.

An internationally recognized standard, Passive homes use a combination of energy-efficient building techniques and technologies that trim heating and cooling costs, and typically remove the need for conventional heating systems.

The Passive approach also cuts down on building costs and time by using prefabricated panels — made locally at the BC Passive House plant in Pemberton — in a controlled factory setting.

Axel Schreyer, president of Schreyer Construction, which erected the Spruce Grove home in just two days, estimated in an email that the cost of building the Spruce Grove home to be around five per cent more than a conventional home. The cost of operating a Passive home, however, is about 15 to 20-per-cent that of an average house.*

"The structure, windows and extra care and attention to the building envelope can cost some more, but there are savings by eliminating the need for heavy heating and cooling systems," added Schreyer.

"However there are (a) lot (of) variables depending on the design of the building that affect the cost, and also people's preferences, etc. This is the future of building. Increasing the insulation and airtightness values of buildings will greatly reduce our energy footprint."

Now, the WHA is doubling down on its environmental commitment, with plans in the works to build a Passive rental unit in Cheakamus Crossing to house upwards of 50 local employees once it comes online, expected for late 2018. This is in addition to the newly rebuilt Spruce Grove home and two Passive WHA duplexes in Rainbow.

"With the apartment building, the WHA will continue to be the owner... and we know that we'll be able to realize those operational savings by having a really well insulated building so we're not having to spend as much on increasing energy costs," added Zucht.

Those energy savings will also be passed on to local homeowners, Zucht said, one way the WHA is hoping to put a dent in the rising cost of living residents have had to contend with in recent years.

The completed Spruce Grove home is housing a local family, along with two full-time employees renting the newly added bedroom suite, with the monthly rate capped at $700.

The WHA rental waitlist now sits at 692, while the ownership list counts 813 applicants, with about a 20-per-cent overlap between the two lists.

*An earlier version of this article misstated the cost of operating a Passive-standard home compared to a conventional home. Pique regrets the error.