What do long-term weather patterns mean for avalanche risk? 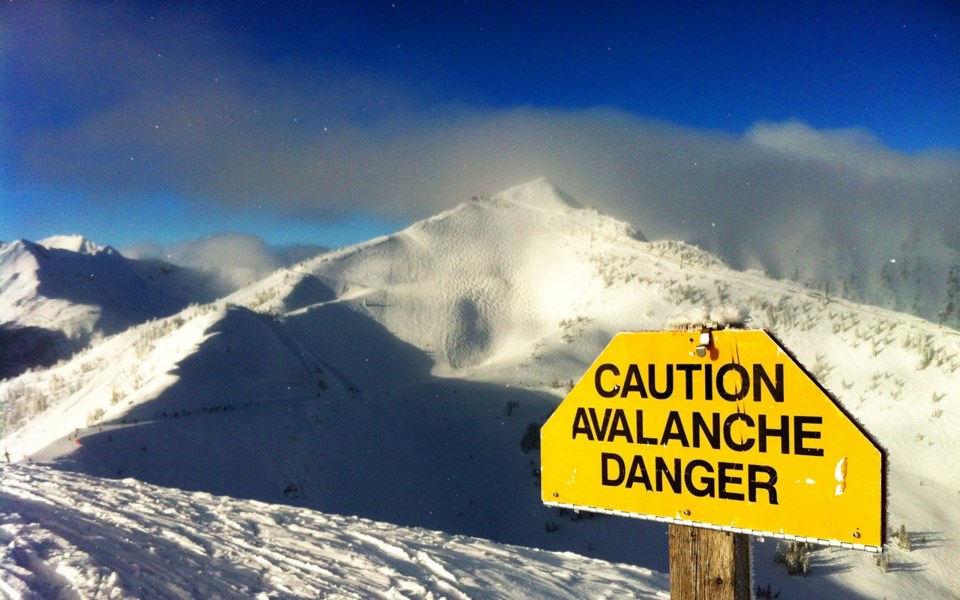 An SFU masters student is using reams of data to gain a better understanding of what long-term weather patterns mean for avalanche hazard.

"We feel that there are these links, but it's been difficult to measure because of a lack of data," explained Bret Shandro.

It's important research that will give backcountry users a better sense of how weather trends will affect snow pack stability. "It's about finding a pattern in the daily avalanche hazard that's meaningful," explained Shandro, who is passionate about the research.

Shandro started the project in 2014 — after spending his fair share of time kicking around mountain towns.

According to forecasts, Whistler is in store for a light La Niña this year, meaning it will be cooler than usual and therefore a good snow year.

"We know we'll be getting more snow," said Shandro, of this winter. "When there are periods of time with more snow, we'll have more snow on top of it. These persistent layers can pose a hazard."

Though not willing to make too definitive a statement, Shandro said La Niñas — with their relative heavy snowfall — tend to result in a "little less stable" snowpacks for the Sea to Sky region than El Niños.

"When we do get these weak layers, there's more snow on top of them, so maybe the consequence is a bit higher," he said. "That's as far as I want to go with saying if it's more stable or less stable.

"There's possibly a bit more hazard because of those weaknesses in the snowpack," he said.

Just last year, Shandro had an avalanche scare of his own. He was ski touring when a cornice broke above him. Luckily, he was perched in a safe position, and the sluff went directly around him and a friend.

"We weren't really expecting it, but it definitely made us step back and be like 'whoa, that was close.'"

Shandro is hopeful his work can be used to further avalanche safety.

"If you know the flavour of the season, you might be able to plan for your risk mitigation for the upcoming season," he said. "Maybe you need more explosives."

Shandro is collaborating with heavy-hitters for the project. His thesis advisor, Pascal Haegli, is Natural Sciences and Engineering Research Council's Industrial Chair in Avalanche Risk Management.

An associate professor at SFU, Haegli is interested in the interplay of decision-making and avalanche risk. According to studies, in 90 per cent of avalanches, someone in the group has triggered the avalanche.

Haegli says Shandro's work is complementary to his own. "If we have a better understanding of the avalanche hazard, that allows people to make better decisions," he said.

Haegli points out that climate models are only getting better, meaning Shandro's work may be able to give us a better sense of what warmer global temperatures mean for avalanche hazard.

"We can also potentially say something about how climate change will affect the nature of avalanche hazard in B.C.," he said.

For up-to-date avalanche conditions, users can check out Avalanche Canada's website. As of last year, Whistler Blackcomb no longer offers its own backcountry ratings.

The ski mountain's staff, however, provide information to Avalanche Canada avalanche experts that is used in the forecasts. Avalanche Canada has also altered its boundary zone, cutting out the North Shore Mountains, in order to make for more accurate forecasts for the Sea to Sky region.

"We made the Sea to Sky region more homogenous in terms of elevation and glaciation," said Mary Clayton, a spokesperson for Avalanche Canada.

Users can even upload photos of their trip. "It's great for other backcountry users as well to see what the riding conditions are like," said Clayton.

Avalanche forecasts can be found on Avalanche Canada's website: https://www.avalanche.ca/forecasts.