'Where is the money?' 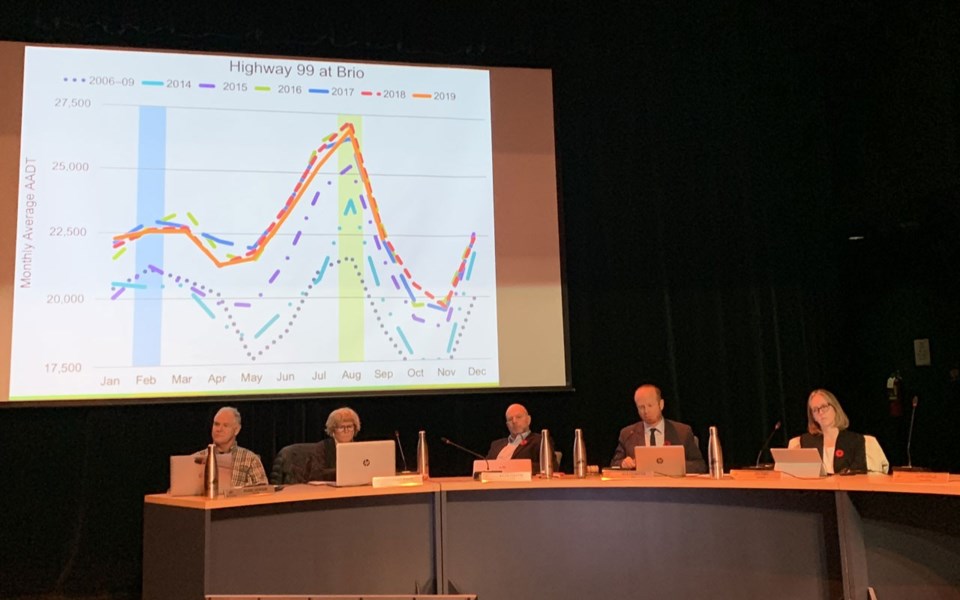 The Resort Municipality of Whistler (RMOW) has vowed to take comprehensive action to protect our environmental locally, and its ambitious, overarching climate plan is proof of that commitment. But the head of Whistler's leading environmental organization is once again calling for resort officials to put their money where their mouth is.

"Since 2016, at every budget meeting, we have raised concern around the lack of budget commitment and the line items that transfer to actions in the CECAP (Community Energy and Climate Action Plan)," said Claire Ruddy, executive director of the Association of Whistler Area Residents for the Environment (AWARE). "Where is the money?"

AWARE analyzed the 2018 municipal budget and found that only seven per cent, or $2,906,538, of the RMOW's projects budget was dedicated to environmental initiatives.

That figure is open to interpretation, however. When asked how much money is dedicated to green initiatives in its draft 2019 budget, Whistler Mayor Jack Crompton said, "I think it's very difficult to draw lines between environmental action and other line items in the budget," as responding to climate change "requires investment throughout the budget." He cited the examples of growing transit use and improving buildings' energy efficiency through the Step Code, as both efforts are cross-departmental and touch different areas.

"I think we're investing significantly in taking climate action," said Crompton. "We've hired staff that reflect that commitment, we've increased levels of transit that reflect that commitment, we've established free transit for high-school students. This is an all-tools approach to taking climate action in our community. We are not finished yet. There are many opportunities to invest moving forward."

Of course, tackling climate change isn't the sole responsibility of local government, but it is imperative municipalities enact the systemic change required to inspire behavioural change at the individual level—something Crompton pointed to with the announcement, last week, to offer free transit in 2020 to local high-school students, which itself will be funded by a hike in price to monthly parking passes in Day Lots 1 to 3.

"There are examples of systematic climate solutions happening everywhere, and they are successful when they are backed by public support. This means supporting leaders to introduce policies that align with our values so that individual actions are easier—and when they aren't, asking why not," said Randi Kruse, a former RMOW staffer who, along with AWARE, invited community members to attend last week's council meeting and progress update on the CECAP.

Key to driving that behavioural change is reporting back to the community on environmental progress—something Ruddy feels has been missing since the CECAP was rolled out three years ago.

"When the CECAP was developed, that was really created as a document for the entire community and what we are consistently not seeing is the engagement back to the community to get everybody onboard with delivering actions," Ruddy said. "There are actions outlined in there that are dedicated to organizations other than the municipality. But it is a municipal plan, so there is an inherent responsibility to help those other resort partners on their end. So far we haven't seen any reporting back on that. What are the people doing?"

In last week's CECAP update report, the municipality committed to increasing the frequency of community and stakeholder consultation and engagement on climate initiatives, which will entail a website re-design and a more active social media presence.

Mike Douglas, a local freeskiing pioneer and board chair of Protect Our Winter Canada, applauded the steps the RMOW has taken so far on climate change, and said that Whistler can and should lead by example for the scores of visitors who come here every year.

"If anything, we should be leading the way in terms of climate action in ways that inspire people to take a little bit of what they see here back home. That way, we can have a much bigger effect outside of this valley than we do inside of it," he said. "It doesn't matter if we're perfect here in Whistler. If no one around us is taking action and being affected by what we're doing, then it's all for nothing."