The Resort Municipality of Whistler's bid to host the 2014 Union of B.C. Municipalities annual convention was successful, Whistler Council learned this week.
May 8, 2013 9:00 PM By: Andrew Mitchell 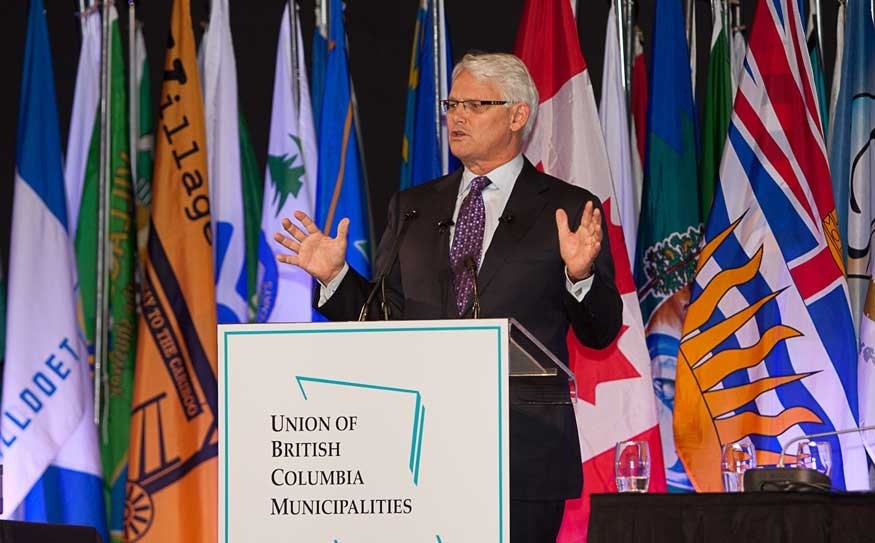 The Resort Municipality of Whistler's bid to host the 2014 Union of B.C. Municipalities annual convention was successful, Whistler Council learned this week. They received a letter May 1 from UBCM president Mary Sjostrom confirming that the event will once again take place in the resort.

Mayor Nancy Wilhelm-Morden noted that the last conference was credited with booking over 3,400 room nights in the resort, contributing to one of the Whistler's busiest Septembers in history.

A municipal plaque program that allowed people to buy benches and dedicate them to loved ones is being restored after being suspended in 2010 over concerns regarding long-term costs. According to Martin Pardoe, manager of parks planning, the program was instituted in 1990 at a cost of $1,500 per bench — too little to cover the cost of maintaining some 55 benches over the long term.

The RMOW estimates it spends $60,000 per year to maintain all of the benches in the resort, roughly 75 benches in total.

The municipality has compiled a waitlist of 20 families and individuals wishing to participate in the plaque program since it was suspended.

Under the renewed plan, participants will have the option of purchasing a park bench for $3,000 and installing a plaque for 10 years, at which point they can either renew, or the bench will become municipal property and potentially moved after a two-year grace period. The new benches will last longer, and require half as much maintenance, said Pardoe.

As well as the bench option, the municipality will also offer people the opportunity to purchase a tribute bike rack for $1,900, also for a 10-year period. Pardoe said the racks were added to reflect Whistler's bike culture and to offer a lower price point option.

Councillors had some reservations about the program, which would start replacing existing tribute benches past their life span. Pardoe said roughly 15 benches are eligible to be retired.

"I think this is the longest debate we've had," joked councillor Jack Crompton after members of council voiced concerns how the decision to retire and replace tribute benches would be met by loved ones.

Pardoe said the families would be approached in a sensitive manner and given options. They can either participate in the new tribute program, make an additional donation of $1,000 towards the maintenance of the existing bench or opt out and have the plaque returned to them.

All of the councillors eventually voted in favour of the new program, although Wilhelm-Morden admitted after the meeting that it was an emotional discussion.

"As Councillor (Roger) McCarthy said, it engenders an emotional response. So yeah, it was an interesting debate," she said.

She also noted the popularity of the program, and the fact that 20 people were interested in purchasing plaques on top of the existing 55 benches. "It clearly strikes a chord with the municipality."

More information is at www.whistler.ca/tribute.

Whistler Council received an update on the progress of the resort's first Recreational and Leisure Master Plan at a Committee of the Whole meeting on Tuesday, and are hosting an open house for the public on May 15 to seek more feedback from the people of Whistler.

The municipality is consulting with local sports and recreation groups as well as other stakeholders to develop a 10-year strategy for the resort that will help to identify gaps, decide what facilities need to be upgraded or expanded, and identify potential new trails, facilities or other assets that the resort needs.

The plan is a first for the resort. The last parks plan from 1996 was centered around the creation of new public park development and didn't address other facilities.

The open house is at the Delta Whistler Village Inn and Suites from 4 p.m. to 7 p.m. Participants will be invited to provide their feedback to the informational displays.