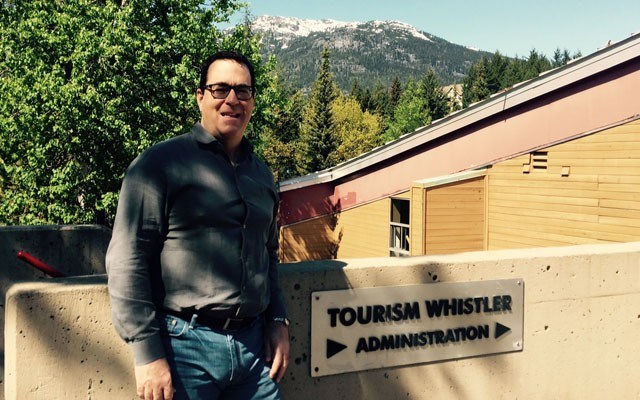 Last week Pique Newsmagazine sat down with Business Development Bank of Canada vice-president and chief economist Pierre Cléroux, who was in Whistler to address the B.C. team of about 200 members on the economic outlook and specific indicators for B.C. This was Cléroux's first visit to Whistler in spring. He was blown away.

PIQUE: What's our outlook, for B.C. and Whistler?

PIERRE CLÉROUX: Actually the B.C. economy is going to be the strongest in the country this year, with close to three-per-cent growth, which is really good.

The manufacturing sector is doing well. Exports to the U.S. are very strong and because of this, the demand from the U.S. is strong. And our lower dollar is helping as well.

PIQUE: Has that demand changed?

PC: It has increased over the last two or three years. The one factor that's really affecting it — and I'm sure you're noticing it here — is tourism. More Americans are coming to B.C. and more Canadians are staying in Canada because of the low dollar.

Tourism is benefitting from this but also retail sales, which increased eight per cent from last year. In a developed economy, that is phenomenal — we don't see that. In Canada we have three to four — so eight per cent is significant.

Another factor is that housing market is still growing. Jobs are increasing, the economy has created 27,000 jobs last year in Canada and also people are moving to B.C. — net immigration was 45,000. That was 35,000 coming from outside Canada and 10,000 from the west, mostly from Alberta.

PIQUE: B.C. will lead economically this year – how is that different from last year?

PC: Last year it was Ontario. Ontario and B.C. will compete for No. 1 but B.C. will have stronger growth. One of the differences here is the government is in a better position financially and they are increasing spending. In Ontario they had three years of very high deficits so they have to limit the growth of their spending.

PIQUE: What trends are you seeing specifically for Whistler?

PC: I think Whistler is going to do well because tourism is really strong and we believe the dollar is going to stay low for awhile because of the oil price. 2015 was a record for tourism in Canada, and 2016 will be strong.

PIQUE: What could derail that?

PC: I would say the biggest risk is the dollar. But let's say if the oil price goes up and the dollar goes back to par, that could slow down the strength, but it's really unlikely. We don't see that.

PIQUE: What happens if Donald Trump gets elected?

PC: (Laughs) Historically, in the campaigns, a lot of U.S. politicians are very protectionist, they want to revisit the free-trade agreement. But when they get elected they realize how important this agreement is, not only for Canada but also for businesses in the States. So I would be very surprised if this is revisited, even if Trump is elected.

Also, it's true that we sell a lot to the U.S., but it's also true the Americans are selling a lot to Canada. So it's a two-way trade. If he wanted to change the free-trade agreement, he's going to have a lot of American companies who are going to call him and say, 'Look, this is not a good idea.'

Around the world, all the countries are going in that direction, signing more free-trade agreements. Making trade easier is beneficial for the country.

PIQUE: What are you hearing from people? What's the tone in Canada?

PC: I meet a lot of businesses, I meet a lot of people — and they are much more confident in B.C. and in the west of the country. I see the difference and while it's normal that if you work in Alberta, your confidence level is low but what surprised me is the Ontario economy is doing well, but people are not as confident as those in B.C.

PIQUE: Has this confidence been increasing or has it always been skewed that way?

PC: Entrepreneurship has always been strong here. The trend over the last two years, investors are investing more — this is a new trend for the province. There's really a different mindset here.

PIQUE: Are we in B.C. more willing to take risks?

PC: I think so. In the rest of the country, we depend a lot on the U.S. B.C. is the only province that has a very diversified market: 50 per cent of your exports are to Asia, 50 per cent to the U.S., which is a great idea. To be diversified, you can play with cycles. The big example is lumber. B.C.'s export of lumber has been very strong in Asia for the last five years, now that it's slowing down, it's very strong in the U.S. So being diversified is really helping exports to be stronger.

PIQUE: Would you encourage young people to pursue your line of work? Is it a good career choice?

PC: (Laughs) I think it's a good industry. There was a study in The Economist and they were looking at which profession would be replaced by robots in the next 20 years and 'economist' was very low on the list. There's a big appetite to understand our economy — businesses want to understand this.

PIQUE: So you read The Economist?

PIQUE: Do you read all of it?