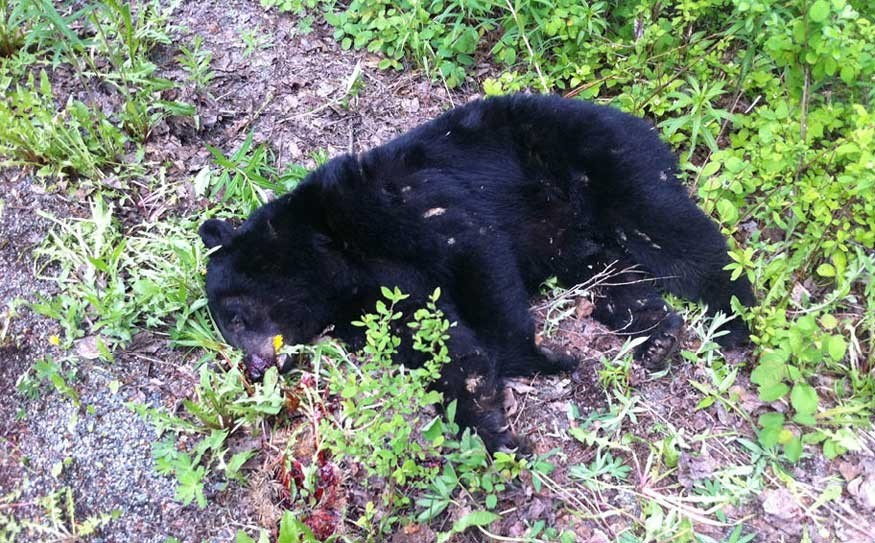 An aggressive bear was destroyed by RCMP after attacking a man in a hot tub Sunday afternoon on Casabella Crescent.

According to RCMP, a 55-year-old from Coquitlam, identified in the media as Dave Anderson, was relaxing in the hot tub outside his unit at roughly 3 p.m. when a heavy blow to the back of his head knocked him forward. He turned around and saw the bear, described as a large adult male.

He yelled at the bear and quickly retreated back into the residence where he called RCMP. Police attended and located the bear 100 metres away where it had walked into a wooded area close to Highway 99. Given the nature of the attack, the RCMP destroyed the bear. It was then given to the B.C. Conservation Service for a medical examination. A necropsy will be performed to try and determine if there's a reason for the bear's unusual behaviour. There were no bear attractants around that might explain why the bear was in the area, however it's been suggested that bears are attracted to the smell of hot tubs as they mimic the smell of ant larvae.

"When a bear makes contact with a person in any way it's our job to make sure we've followed up every possible avenue," said Sergeant Peter Busink of the B.C. Conservation Officer Service. "One is to have a necropsy done and to best determine what might be the motivation behind the attack. So right now we have the bear carcass in a lab in Abbotsford, and we're just waiting for those results."

Busink confirmed that it was a large adult bear. It was not tagged, so it likely had no prior issues with human conflict that would have resulted in the bear being tranquilized or relocated.

Anderson suffered lacerations to the back of his head, and was taken to the Whistler Health Care Centre for stitches before he was released.

A young male bear, roughly two years old, was tranquilized and relocated after wandering into the middle of "Day Out with Thomas," at West Coast Railway Park in Squamish on Sunday. Hundreds of people were present to meet the characters from the children's show Thomas and Friends when the bear appeared. It did not act aggressively,but was tranquilized by conservation officers out of concern for public safety.

"There was a bit of a public safety concern in terms of the number of people and the location that the bear was in, so the conservation officer tranquilized the bear," said Busink. "It was also not tagged, so we were able to tag the bear before we released it today (Monday) via a short distance relocation."

Man recovering after swerving to miss a bear

A 42-year-old from Pemberton is recovering from extensive plastic surgery to his face after swerving to avoid a bear and overturning his pickup truck near the Green River crossing on Highway 99 on May 29. The accident occurred at roughly 8:15 p.m.

The investigation revealed that drugs and alcohol were not a factor. The male swerved to miss the bear and rolled into the ditch. He was wearing a seatbelt, but his face was injured in the crash — possibly as a result of his air bag deploying.

The RCMP is warning drivers to be cautious in wildlife crossing areas and to slow down, as deer and bears are common on the highway at this time of year.

A neighbour who heard a fire alarm and investigated helped to a fire at a housing unit on Marmot Place on June 3. When he discovered the fire, the neighbour broke the window and used a garden hose to battle the blaze until Whistler Fire Services arrived. His actions may have prevented the spread of the fire to other rooms in the house, and other units in the building.

The investigation determined that faulty wiring was likely at fault, starting a fire that spread to a wood bookcase.

There was some fire, water and smoke damage to the residence.