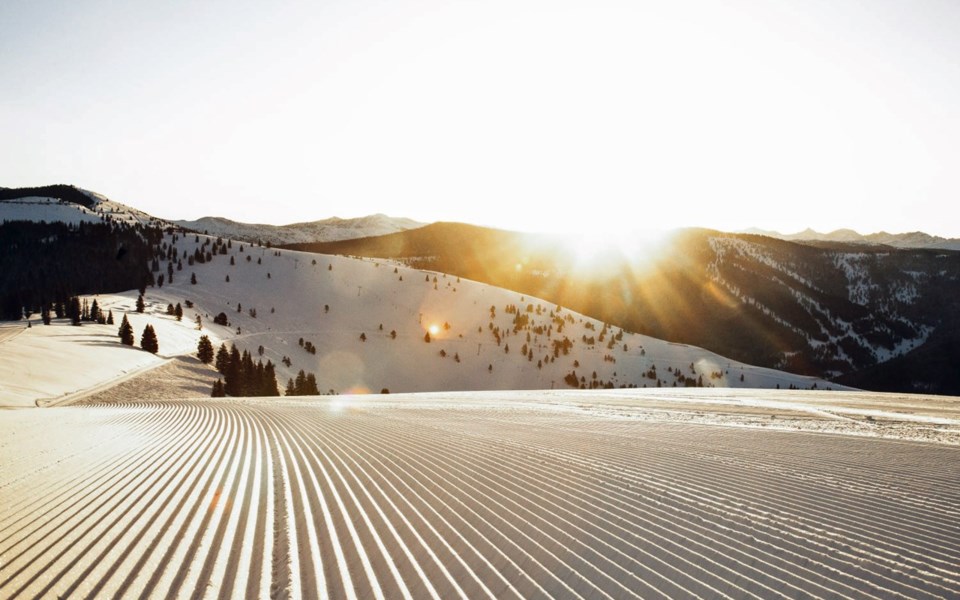 when vail resorts purchased Whistler Blackcomb (WB) in a whopping US$1.06-billion deal back in 2016, the Colorado-based ski giant had already been looking to other corporations for a sustainability model that worked.

As it turned out, they needn't look any further than Whistler.

"We looked at other ones, like Google and Apple and all these different companies, and in the end, Vail Resorts took what Whistler Blackcomb had written in 2008 [as part of its sustainability plan], and rolled it out to the whole company," explained Allana Williams, WB's long-time senior sustainability manager.

Earlier this month, Vail Resorts released its second annual EpicPromise report, which details the company's progress toward its goal of achieving a zero net operating footprint by 2030.

This year, the company invested US$2.4 million into energy upgrades, including more LED lighting and 168 high-efficiency, automated snow guns. The upgrades led to a decrease of 37,511 million metric British thermal units, putting it a quarter of the way towards its 2030 energy-efficiency goal. It also diverted more than 4.9 million kilograms of waste from the landfill, achieving a company-wide waste-diversion rate of 44 per cent, seven points ahead of last year.

WB has, in many ways, led the charge in waste diversion at Vail Resorts, with several other resorts in the company's roster adopting the waste sorting and diversion system used in WB restaurants.

"We have the sorting system and the rolling rack system at our restaurants, and that's being rolled out everywhere," noted Williams, adding that a lack of waste infrastructure at some U.S. resorts has presented a challenge.

"We have seven [different waste] streams; there are resorts that don't even have composting," she said. "I would say the majority of people want to do this, they want to compost, they want to divert, but the infrastructure might not be available in their community, so part of the goal of the sustainability managers in those communities is to push that forward."

Locally, WB's waste-diversion rate increased three points last year to 71 per cent, including an increase in composting by more than 160 tons. Crankworx, North America's largest mountain bike festival, which is also produced by WB, achieved an 85-per-cent waste diversion rate last year. WB has also led the way in reducing its electricity use; in 2018, the resort used less electricity on-mountain than in 2005, despite a 30-per-cent growth in guest visits.

"I think the reason Whistler Blackcomb is ahead [of other resorts] is because of our people," Williams said. "I think it also has to do with where we are; we had [sustainability plan] Whistler 2020, it's a forward-thinking community with really educated, passionate people who love to be outside."

Williams is aware of the inherent contradiction of the ski industry, which sees the impacts of climate change firsthand while disrupting large swaths of sensitive alpine habitat and relies on guests travelling from around the world by plane and personal vehicle (that's before even mentioning the more pointed contradiction of Vail Resorts Political Action Committee's financial contributions to noted climate-change deniers south of the border).

"Because we have a footprint is one of the reasons why we need to be so proactive, especially because it's definitely bigger than us. We only start with what we can control, which is our own operations, and that impacts, hopefully, our employees, our community and our guests that come here," she said. "We're definitely trying to keep our footprint as small as we can, understanding that people do fly here. We know that, but we're trying to do as much as we can to influence the things that we can. Hopefully, some of those problems will be solved."