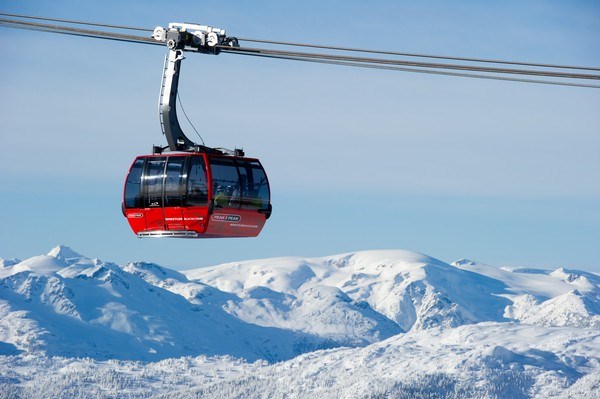 Whistler Blackcomb is offering either a season's pass for the remainder of this season or a free pass next season for information leading to an arrest after a Peak 2 Peak gondola cabin was vandalized last week.

According to the RCMP the vandal or vandals scratched three words into four laminate glass window, which have to be replaced at a cost of roughly $10,000. The vandalism was reported on the morning of Jan. 19, and likely happened in the previous 24 hours after the last inspection.

Scottish man attacked for his accent

A Port Moody man is facing assault charges after attacking a Scottish visitor to the resort along the Village Stroll at roughly 3 a.m. on Jan. 23.

According to the report, three men were taunting the male when one of them punched him in the head. He suffered minor injuries in the scuffle, and his rugby sweater was ripped.

The RCMP investigated and obtained information from witnesses that helped them track the suspects to a residence on Panorama Drive. The RCMP attended and spoke to the individuals, including one who showed signs of being in an altercation. An arrest was made, and a 22-year-old from Port Moody will appear in provincial court on April 11 to face assault charges.

The RCMP is looking for members of the public to help put together kits for the municipal WalkSafe program, which was created to enhance safety for pedestrians walking and biking along the highway at night. Each kit contains a reflector that must be assembled, as well as other educational materials.

The arrival of snow caused havoc on roads and highways in Whistler last week, with nine calls regarding single vehicle accidents and collisions, two of which resulted in injuries to drivers and occupants of vehicles. There were also several short highway closures as tow trucks retrieved vehicles that had gone off the road.

The message from the RCMP is to slow down and drive to conditions. "The posted speed limit is the maximum and it's intended to be the maximum under ideal driving conditions," said Sergeant Shawn LeMay. "If it says 60 kilometres and hour, with conditions on the highway then sometimes 30km/h is the recommended or responsible speed."

The most serious incident occurred on Saturday, Jan. 21 just south of Function Junction, and involved two vehicles. A northbound vehicle spun out on a curve and drove into a southbound Dodge Caravan with several occupants. The highway was closed for 45 minutes for the investigation and to clear the road of debris, while several of the vehicle occupants were taken to the Whistler Health Care Centre for treatment. The driver of the northbound vehicle suffered a broken arm and a leg injury, and the driver of the southbound vehicle suffered leg injuries. The occupants of the southbound vehicle were also treated for conditions like whiplash, lower back injuries and lacerations to their faces. None of other injuries was life threatening.

There are no charges in the incident.

Two trucks had issues with tipping in the Pemberton area. On the morning of Jan. 23 the highway was temporarily closed after a loaded secondary salt trailer overturned after sliding out at the Green River Highway Crossing. The truck and first trailer did not overturn as the second trailer slid out, striking the train warning system. The driver of the vehicle, a 27-year-old from Delta received a ticket for speed relative to conditions, while a Richmond-based company received a ticket for a worn tire on the second vehicle.

In another call early that afternoon a semitrailer registered to a Michigan company and driven by a man from Kentucky tipped over on Pemberton Farm Road. The conditions are being blamed for that incident and no charges are expected.

LeMay said there were several road closures over the weekend, although most were resolved within 15 minutes.