Resort is best in country in operational excellence in poll of visitors
Jul 30, 2012 4:40 AM By: Cathryn Atkinson 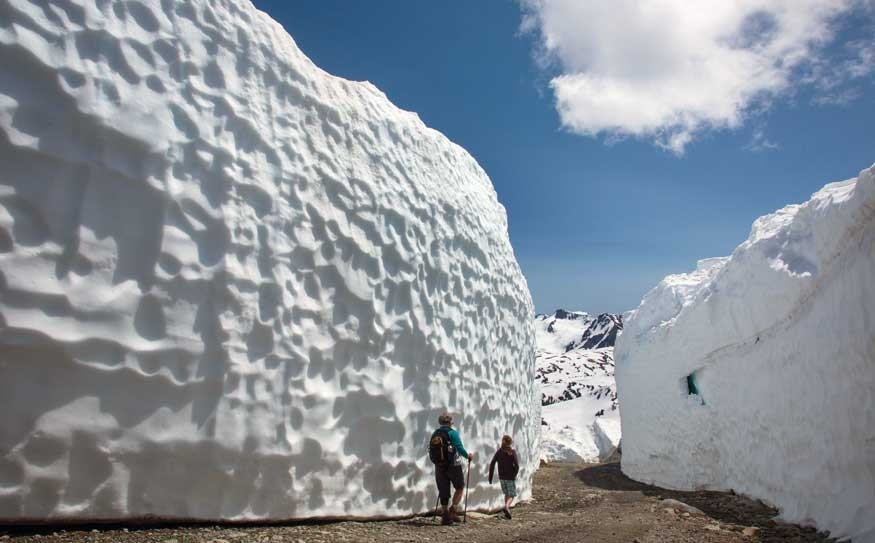 There's no business like snow business, and Whistler Blackcomb has proven that everything about the resort is appealing by being named best in Canada in terms of customer satisfaction, customer loyalty and commitment to promoting and growing skiing and snowboarding by the Canadian Ski Council (CSC).

The resort was one of five to be named as winners for the Gordon Canning Customer Satisfaction and Operational Excellence Awards, but came out on top as overall national winner - the Best in Snow Business - earlier this month.

Whistler Blackcomb and the resort have won numerous awards over the years for everything from terrain to the nightlife to the overall experience, but it's been a sore spot in the past that the resort has never won an award specifically for customer service.

"It's great to be recognized as the overall winner for customer satisfaction and operational excellence. It really is a tribute to the commitment and the passion of our staff to deliver a great experience every day," said Dave Brownlie, president and chief operating officer of Whistler Blackcomb.

"Ultimately, that is how we are going to be successful. We've got to continue to improve and prove our experience. We want people to be walking away from Whistler Blackcomb saying 'Hey, I want to come back and I'm going to tell my friends about it.'"

The results were tallied during the 2011-2012 season by the CSC National Consumer Profile and Satisfaction Survey, an annual poll of visitors. Whistler also achieved the highest Net Promoter Score in Canada for the season, which is a customer loyalty metric which assesses and compares customer satisfaction levels across an industry.

The other winners included Sunshine Village in Alberta, Blue Mountain Resorts in Ontario, Tremblant in Quebec, and Poley Mountain in New Brunswick.

Ski areas from across Canada have participated in CSC's National Research program since 2004, with the organization selecting those from each province that have demonstrated outstanding levels of customer satisfaction.