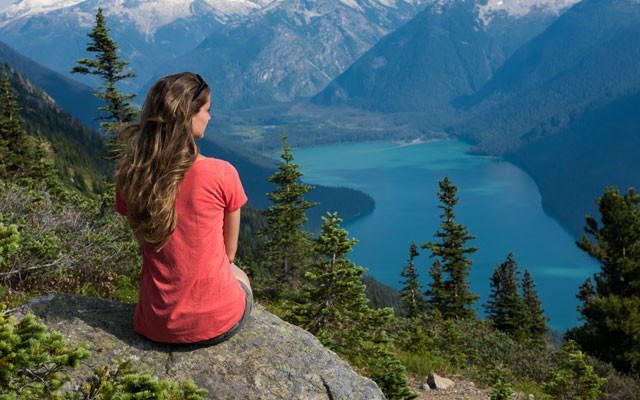 SUMMER STRENGTH An encouraging start to summer helped Whistler Blackcomb to a revenue increase in its third quarter. Photo by Mike Crane/Tourism Whistler

The increased revenue — $226.6 million compared to $223.1 million last year — is due to a strong mix of destination visits, higher prices and pre-committed sales, WB president and CEO Dave Brownlie said in an August 6 conference call.

"The resiliency of our business so far this year is a testament to the hard work of our people and the durability of our competitive strengths," Brownlie said.

WB's adjusted earnings before interest, taxes, depreciation and amortization (EBITDA) for the first nine months of the year was $89.7 million — 0.9 per cent lower than the same period last year.

"The change in adjusted EBITDA was primarily attributable to lower skier visits and higher operating expenses, as well as an increase in sales and marketing spending in the first quarter, offset in part by a significant improvement in our revenue per visit and strong growth in other visits," said Jeremy Black, WB's chief financial officer.

With its Q3 reportings, WB also declared a quarterly dividend, to be issued Aug. 28.

The company currently has an outperform rating on WB's stock.

In its report, the bank said it expects the fiscal 2016 to be "a meaningful year from a destination growth standpoint, driven by continued global macro improvements and a weaker" Canadian dollar.

CIBC increased its own target price on Whistler Blackcomb Holdings from C$22.00 to C$24.00.

The full financial statement can be found at www.whistlerblackcomb.com/holdings/press%20releases.