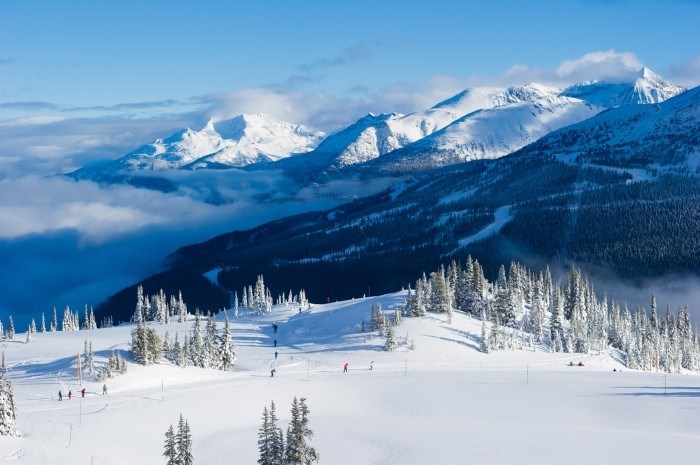 Whistler Blackcomb (WB) revenue increased through the first half of the fiscal year, despite one of the most challenging winters in recent memory.

On May 8, WB reported its second quarter financial results, touting revenue of $191.4 million - a 1.5 per cent increase over the same period last year thanks in part to higher pricing and more destination visitors.

"I am pleased with our performance to date, especially considering the challenging winter conditions that we experienced this year," said WB CEO Dave Brownlie.

Skier visits for the season to March 31 were 9.3 per cent lower than the same period last year - a drop Brownlie associated to lower regional visits.

"Total visits for this season to May 3 were 1.82 million compared to 1.99 million visits last season," Brownlie said.

"For the six months ended March 31, 2015, 49 per cent of our skier visits were from destination markets and 51 per cent were regional visits, which compares to 41 per cent and 59 per cent respectively last year."

The increase in destination skiers is encouraging, Brownlie said, as they tend to spend more than regional skiers.

"We increased our first quarter sales and marketing spend targeted towards certain key markets in North America and Europe," he said.

"We certainly saw the benefits of that increased spend in 2015."

WB's adjusted earnings before interest, taxes, depreciation and amortization (EBITDA) for the first half of the year was $86.4 million - 1.9 per cent lower than the same period last year.

"The change in EBITDA was primarily attributable to lower skier visits and higher operating expenses, including the increase in sales and marketing spending," said Jeremy Black, WB's chief financial officer.

The drop in EBITDA was offset in part by increased revenue per visit - $120.63 compared to $108.61 over the same period last year.

Brownlie said he was also pleased with the growth of WB's snow school and retail rental businesses, which increased revenue by 6.5 per cent and 11.5 per cent respectively.

"The strength of our summer business is a key differentiator for Whistler Blackcomb and we continue to focus on driving growth during the summer period," Brownlie said.

The 672 centimetres of cumulative snowfall recorded this year was the second lowest in 36 years and 40 per cent lower than the historical average, Brownlie said, but all things considered WB's winter business performed well.

"(It) highlights some of our competitive strengths, including our vast high-alpine terrain, our high-alpine lift system, extensive snowmaking, industry-leading grooming operations and a diverse mix of ancillary businesses," he said.

Net income dropped to $46.7 million from $52 million in last year's second quarter, while adjusted earnings fell to $76.1 million from $78.6 million.