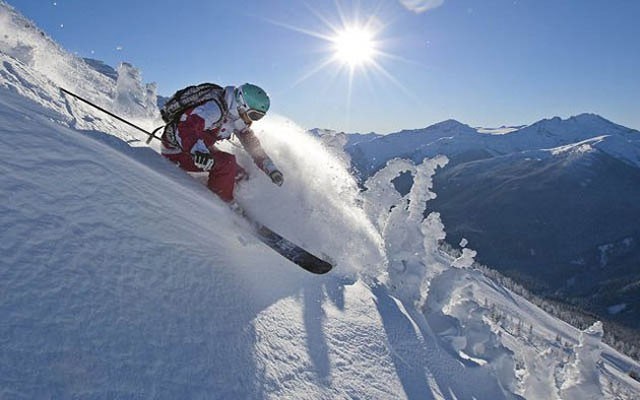 Whistler Blackcomb (WB) reported its fourth quarter financial results on Dec. 10, touting strong growth in summer operations as one of the highlights of the fiscal year ending Sept. 30.

"Our performance in fiscal 2014 clearly reflects the strength of our business as we generated meaningful EBITDA (earnings before interest, taxes, depreciation and amortization) growth during the summer on top of a strong performance for the ski season," said Dave Brownlie, president and CEO of WB.

"I am particularly pleased with the continued momentum in our summer visits, which demonstrates the potential of our non-ski growth opportunity."

"Our financial performance clearly highlights the diversity of our operations as we generated revenue growth in all our key auxiliary businesses and saw continued momentum in our summer visits during the fourth quarter," Brownlie said.

Skier visits for the 2013-14 ski season were 4.7 per cent below the previous year, which Brownlie attributed to "challenging early-season conditions."

"We were pleased with the overall growth in destination visits for the 2013-14 ski season," Brownlie said.

"We welcomed approximately 41 per cent of our guests from destination markets which compares to 38 per cent last year. The increased proportion of destination visits had a positive effect on our revenue per visit, mainly because these guests are more likely to purchase higher-yielding snow school lessons, rent equipment and are additive to our retail sales program. We saw modest growth compared to last year for most of our key destination markets."

"Over the summer, an excellent lineup of successful events combined with good weather contributed to the continued growth of our non-ski business," Brownlie said, citing the success of events such as Ironman Canada, Crankworx and Tough Mudder.

Despite a slow start to the 2014-15 ski season, WB remains optimistic for the upcoming year.

"Although our natural snowfall is tracking below average to date, temperatures in November and early December have allowed us to make a large volume of snow," Brownlie said.

The full financial statement can be found at www.whistlerblackcomb.com/holdings/press-releases.aspx.