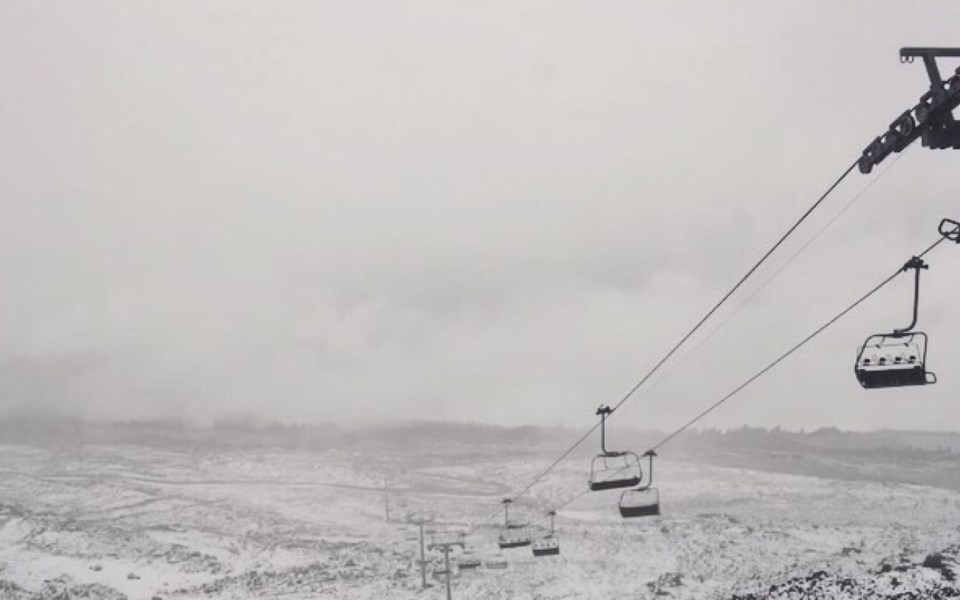 That is, if the mountain cams atop Blackcomb’s 7th Heaven summit are to be believed.

A time-lapse video captured by the 7th Heaven cam and posted to the resort’s social media channels show a sprinkling of snow accumulating at an elevation of 2,284 metres Tuesday morning, Sept. 17.

❌This is not a drill ❌. First snow of the season on 7th Heaven this morning! | #FindYourSpace #snowfall #whistler #whistlerblackcomb #snow

By contrast, the terrain in front of the Roundhouse on Whistler Mountain, which stands at an elevation of around 1,850 metres, remained green and covered in puddles.