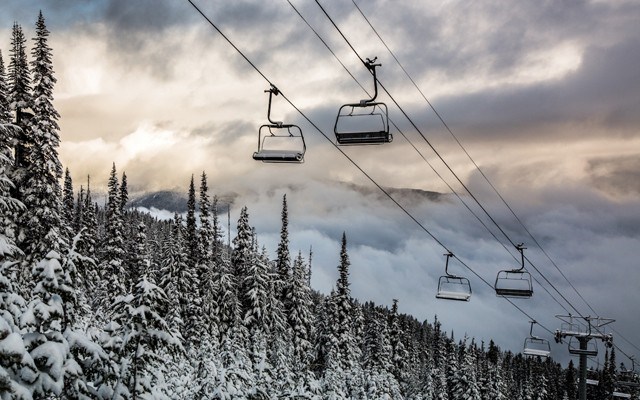 As the snowline creeps toward the valley — and with more alpine snow in the forecast — some eager skiers and boarders have been inspired to make the steep hike up Whistler and Blackcomb mountains to catch some extra-early turns.

But with Whistler Blackcomb (WB) crews hard at work preparing for Opening Day on Nov. 26, making the hike could end up having disastrous consequences.

"Because we are still in the preparation stages for opening, there are a number of natural and manmade hazards on the hill, and of course, none of these at this point are signed or marked," said WB's safety manager Kira Cailes.

"We are concerned that people are going to end up hurt or lost."

The snow that has fallen to this point is very low density and hiding dangerous rocks and logs, Cailes said.

"There is no actual base at this point," she said.

There is more snow to be found on the glaciers, but those aren't safe at the moment either, Cailes said.

"The problem there is that there are a number of open slots in both Blackcomb and Horstman glaciers, none of which are bridged. Not even close to bridged," she said.

There's also the assortment of heavy machinery on the hill — excavators, cranes, trucks, quads and cats, "all working on lifts and on snowmaking, on construction, so it's quite busy," Cailes said.

"There's a lot of anticipation right now in terms of opening, but given the work that's going on at this point and the existing natural hazards and the fact that none of it is prepared for visitors, there is no marking or signage, we really are want to be emphatic about the fact that people need to not come on their own to visit at this point."

Anyone found making the trek will be asked to turn around — which is better than the alternative.

"There's just not enough snow for what they're looking for," Cailes said. "It would be a shame to be injured and miss the whole season for that sake."