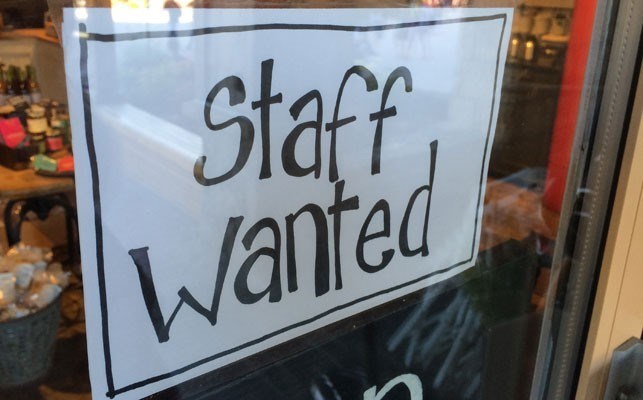 Whistler is facing a looming labour shortage this winter that has prompted the Chamber of Commerce to lobby for more inclusive foreign-worker programs in the face of COVID-19. FILE PHOTO BY BRADEN DUPUIS

For years, we’ve been hearing about the struggles Whistler employers often deal with trying to staff their businesses, but with the restrictions on travel and foreign-worker recruitment due to the pandemic, the resort’s labour picture is looking even more dire than usual this winter.

In a recent Whistler Chamber of Commerce labour survey, 68 per cent of respondents with 50 or more employees said that, despite ramping up domestic recruitment, they did not have enough staff this summer and predict they will not have enough employees for the upcoming winter season.

“There is an obvious labour gap that needs to be filled to support Whistler businesses,” said Chamber CEO Melissa Pace in a release. “We will continue to push government to implement innovative foreign worker programs. We will also continue to diligently collaborate with our chamber network to focus on attracting Canadians to work, play and live in Whistler and other B.C. tourism-based communities.”

Armed with this data, which was collected last month through the BCMindReader online platform, the Chamber is calling on a loosening of restrictions on foreign-worker programs such as Canada’s Working Holiday visa initiative, and B.C.’s Provincial Nominee program, specifically lobbying for a reversal of the exclusion of occupations in the tourism, hospitality and retail industries in the latter program.

The survey results also hit home just how reliant Whistler businesses really are on foreign workers. Prior to the pandemic, for instance, local businesses said less than half of job applicants were Canadian or had Permanent Resident status, while more than a third—35 per cent—of Whistler’s workforce had Working Holiday visas.

A vast majority of businesses polled—73 per cent—believe that foreign-worker programs are important or very important to their company’s success.

“Foreign workers play a very important role in our labour force. It’s imperative that foreign-worker programs become more accessible, affordable and have a streamlined application process,” Pace noted. “As the data suggests, foreign workers fill the gap where Canadian’s can’t. We need to do what we can to grow our labour pool to ensure Whistler’s viable economic growth.”

The findings also showed that local employers most often hire foreigners for tourism, hospitality and food-service roles, and the five positions most commonly filled by foreign workers are cooks, servers, restaurant hosts/reception, guest services and supervisor or managerial roles.

The report also noted an opportunity to grow Whistler’s Indigenous workforce in the face of labour shortages.

Pique will have more on this story in next week’s issue.