Whistler Chamber of Commerce (WCC) members will be asked to vote on a resolution proposal that would increase membership fees by 20 per cent at an upcoming special general meeting (SGM) on July 25. It would be the first such increase since 2008.
Jul 11, 2012 9:02 PM By: Cathryn Atkinson 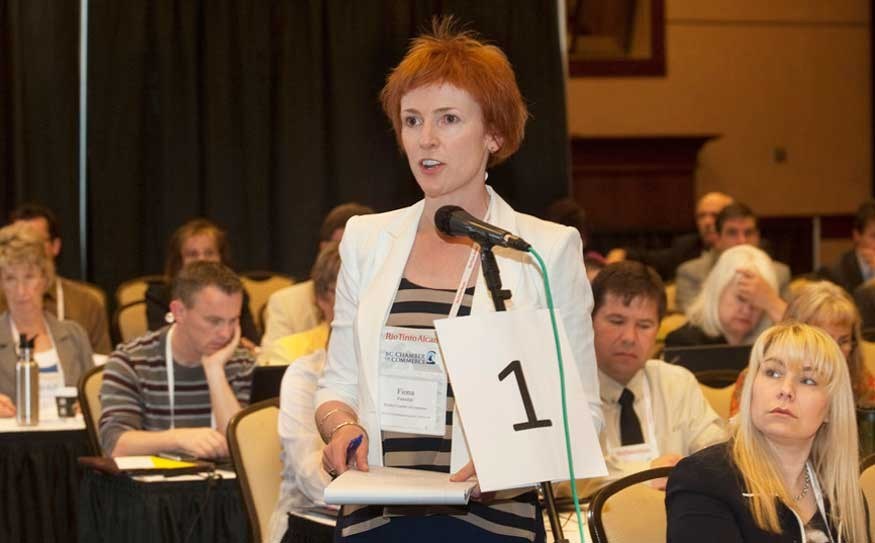 Whistler Chamber of Commerce (WCC) members will be asked to vote on a resolution proposal that would increase membership fees by 20 per cent at an upcoming special general meeting (SGM) on July 25.

It would be the first such increase since 2008.

Resolution A, recommended by the chamber's board of directors on July 10, would bring in an increase that represents $50 for 94 per cent of the membership, effective September 1, 2012.

"It is important to note that it is a proposed rate change," said the chamber's president, Fiona Famulak.

"As required by our bylaws our membership must consider and vote on the proposal, then we'll take next steps accordingly."

Going on the current members list, the money raised would total $43,320 for 762 members, according to background information for Resolution A. The current amount paid by the members comes to $201,600 annually.

"The rate that we've increased fees for the last four years has not kept pace with the growth and programs and services we've developed and delivered over that same period in order to support our membership, so it's now time to make that adjustment," Famulak said.

"It's important for our members to understand that the proposed fee increase helps to address that point, but it doesn't solve it in its entirety because the membership increase is only one source of revenue."

In March, Famulak told Whistler Council that the chamber would consider raising fees to deal with a deficit in 2011 of $153,793.

Famulak told the council the chamber was "actively managing the situation." Reasons for the debt included terminated contracts for boardroom and office space, reduced sponsorships, lower than anticipated numbers in its various programs and general start-up costs for hosting the inaugural Outlook Economic Symposium.

Kendra Mazzei, the chair of the WCC board of directors, said prior to the board meeting they had not seen much negative feedback since the increase had been announced.

"I don't think we have had very much negative feedback since we announced it," she said.

"Two people have come back with questions. My sense of it is that businesses will understand that we, like everyone else, have had to make adjustments to cost of living and we haven't raised our rates in a very long time."

"The timing might be difficult (in terms of current local economy problems), but it's something that the finance committee has brought forward as a necessity."

Whistler councillor Andrée Janyk, an ex-officio director of the chamber, said once members considered how the chamber represents them, they would "make the correct vote."

"I think the chamber is going through motions to put themselves in a better position to represent the businesses in Whistler. Ultimately, it will be up to the membership to decide whether they want to raise the fees or not, but I've been on the board before and you make decisions in order to recommend to the membership."

The current economic downturn and its impact on chamber members would make the discussion on fee increases a lively debate, she added.

"Obviously there is the economic pinch and some businesses are feeling it more than others. I think that's the respectful consideration the membership will have to take and the board will have to listen.

"On face value, it looks like it's warranted, but maybe on economic value and the amount businesses feel they can generate and how it will affect them, whether that's going to be a deal breaker on the bottom line is another issue.

"Good on the board for bringing it forward. It's better to have that discussion than not."

Chamber member Sandy Black, owner of Affinity Sports and The Whistler Clearance Centres, said for him the timing of the fee increase or the amounts were not necessarily the issues.

"It has less to do with the actual amount being increased and more to do with how the chamber is being run, and what its focus is in this community. If I operated my business at a $130,000 a year deficit I would be out of business and I do not have the option of seeking funding elsewhere," Black said

"The board and myself put together a budget for 2012 that is resourceful, creative, and helps to start to replenish the deficit that was created in 2011, starting in 2012. We're on track to be doing that, we're only halfway through the year but the plans we put in place at the beginning of this year are rolling out."

The vote will take place at the chamber's SGM and summer luncheon at the Four Seasons Hotel on July 25. The SGM is free and open to all members at noon.

—With files from Alison Taylor.