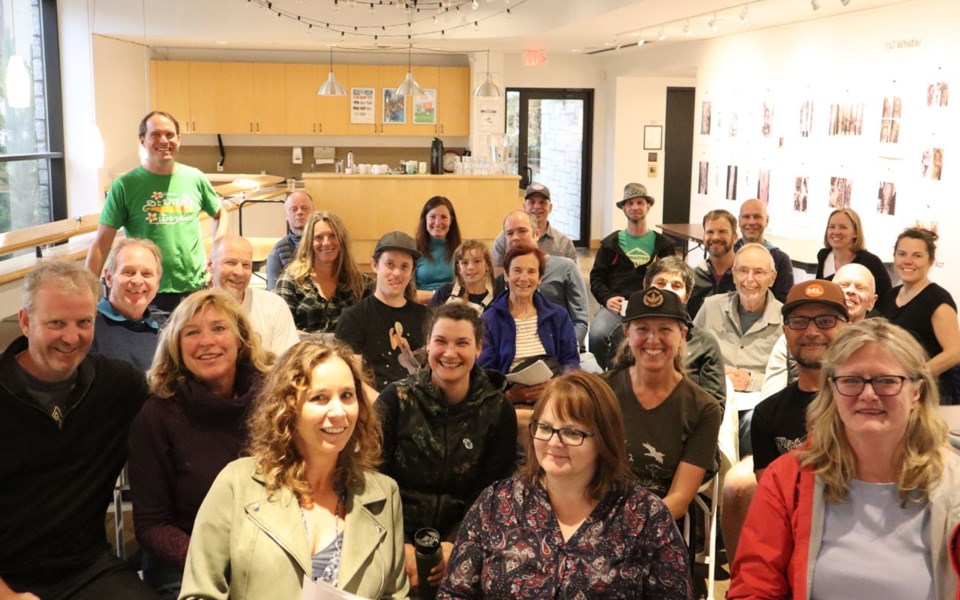 You may have noticed people alongside the highway lately, waving signs that said, "We love glaciers!" and "Green New Deal Canada."

If they seem particularly animated (especially when they get the occasional honk), it's because they are deeply involved in a grassroots movement that aims to force politicians to address climate change and economic inequality in a transformative way.

Last Thursday, in the Foyer Gallery in the Maury Young Arts Centre, almost 40 people gathered to learn about the local chapter of the nascent organization, known as the Green New Deal Canada.

According to the organizers, over 150 similar meetings have taken place across the country.

The evening was kicked off by a short presentation by Whistler local Dave Heighway, who explained that fighting for economic justice and against racism are key tenets of the movement, along with quickly transitioning to a sustainable economy.

He also read from the Pact for a Green New Deal, a guiding document that calls on politicians to "cut Canada's emissions in half in 11 years while protecting cultural and biological diversity" and "build a better present and future for all of us."

Said Heighway: "This movement we are a part of is global. But it's going to be tailored to every community—and that's why we are having all these town halls, to understand what the Green New Deal looks like in our jurisdiction."

After showing two short movies—including one that features Congresswoman Alexandria Ocasio-Cortez, who has championed the Green New Deal south of the border—Heighway invited the crowd to break up into groups and discuss the various goals they feel the movement should fight for and stand against.

This information, explained Heighwey, will be submitted to Green New Deal Canada and be used to inform a final policy statement for the movement.

"I'm really surprised about how well this went," said Brendan Cavanagh, following the event. "I didn't hear anyone arguing or screaming at each other. I just heard people with genuine concerns."

Cavanagh, along with others, was set to hang a massive sign, calling for "Climate Action Now," June 21 off of the pedestrian overpass at Nordic. He said it felt good to know that he has agency in the climate change fight.

"I think fundamentally, I know that I have to put my energy into some kind of action," he said. "I think anyone driving by will see that it's important to somebody and worth fighting for."

Said freeskiing legend Mike Douglas: "It's cool to see the community coming out and talking about these issues. I think if you went back, even a few years, you'd be hard pressed to get a group like this together."

Douglas, who recently helped launch Protect Our Winters Canada, an offshoot of the successful climate activist group launched by pro snowboarder Jeremy Jones in the U.S. in 2007, said when it comes to climate change activism, he is most excited about the youth-led protests that have taken place around the world of late.

"I think when you add this on to that momentum that's being created, it is something that could reach a tipping point and actually make some good change," said Douglas. "I try to be optimistic about these things, and think that we are really on to something. But as we often see the political landscape is complex and we just have to keep trying. That's all we can do."