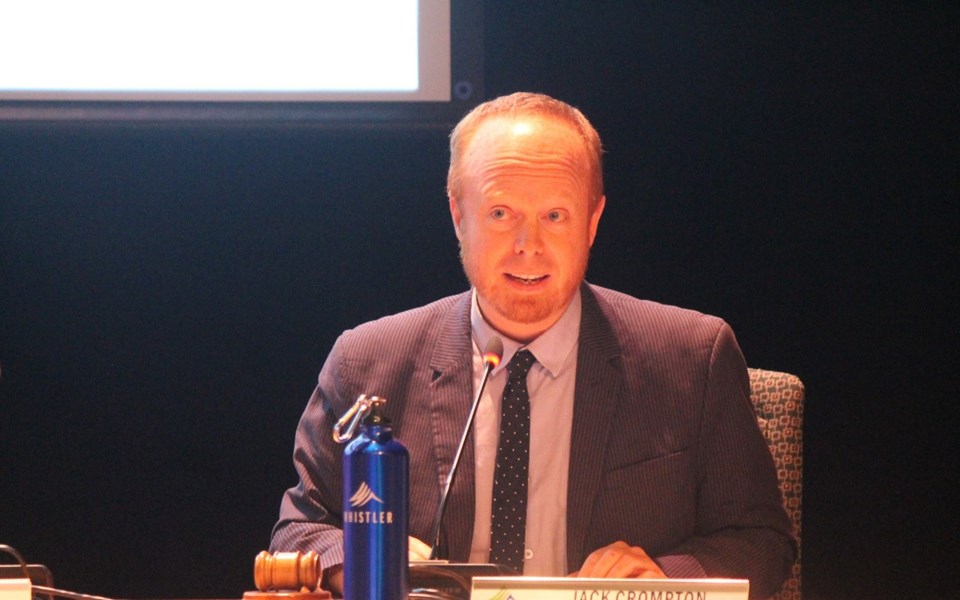 While Whistler was targeted by a firestorm of negative press in the wake of a "hypocritical" letter to a Canadian oil company, local leaders stayed mostly silent for the better part of a week.

The letter in question was sent to Canadian Natural Resources Ltd. (CNRL), along with 19 other oil producers last month, requesting that the companies begin taking financial responsibility for the "climate-related harm caused in our community by your products."

By Dec. 12, it was making the rounds amongst oil industry insiders and just two days later it hit the national headlines.

The consensus among columnists and online commenters was that the letter was tone-deaf, hypocritical and poorly timed.

It came as a surprise to some in the industry, said Danny Labelle, senior VP of exploration at Calgary-based Hammerhead Resources.

"Not surprise about the opposition to the oil and gas industry—a lot of surprise about how naive it is, and kind of how uneducated it is," Labelle said, adding that the letter is hypocritical given that it boasts about Whistler's 3 million visitors a year and was signed by Mayor Jack Crompton, who owns a transportation company.

"(The reaction is) very negative, and it's not negative because it's opposed to oil and gas—everybody's got opinions and have their rights to them—it's that it's extremely hypocritical."

Aside from a video response from Crompton clarifying Whistler's letter (released at the end of an all-day council retreat session on Thursday, Dec. 13), local leaders shied away from commenting on the matter until just before the council meeting on Tuesday, Dec. 18.

A Pique interview with Crompton was rescheduled three times, and both Tourism Whistler and the Whistler Chamber of Commerce declined comment altogether, despite confirmation from CIBC that it has pulled the oil and gas sector from its investment conference next month in Whistler after industry outcry (and anecdotal claims of lost business and potential boycotts from others).

"I could have chosen a better venue. I certainly should have sent a better letter. As I've said, I regret making any guests feel unwelcome. We were tone deaf. We do, as a resort, depend on oil and gas," Crompton said on Dec. 18.

"So I don't disagree with the charge that the letter was hypocritical. But as a friend said to me, this issue is just too large for us to wait until all of our hands are clean."

It's a tough time for those who work in oil and gas, Crompton said, noting that he and many others in Whistler have family in Alberta.

"I truly think our provinces are better responding to this challenge together," he said.

"One thing that's become clear to me this past week is that climate change is a very personal and emotional issue for many people, and our intent wasn't to make anyone feel unwelcome, or to ignore Whistler's own role in creating GHG emissions.

"You'll hear me say this often going forward: We must act locally."

While the letter is dated Nov. 15 and signed by Crompton, it was actually an initiative of the previous council, which passed a motion Sept. 4 to add the RMOW to the list of municipalities sending "climate accountability" letters to demand 20 of the world's largest fossil-fuel companies pay their fair share of climate costs.

The climate accountability campaign is a project of West Coast Environmental Law, and was brought to council by community groups My Sea to Sky and the Association of Whistler Area Residents for the Environment (AWARE).

Sixteen communities in B.C. have signed on to the campaign, along with the Association of Vancouver Island and Coastal Communities, which represents 53 local governments, said Andrew Gage, staff lawyer with West Coast Environmental Law.

The campaign aims to bridge the separation between conversations about the profitability of the fossil fuel industry and the costs of climate change, Gage said.

"As long as you keep those two conversations separate, you're not doing a true accounting of the costs of our fossil-fuel economy," he said.

"And it's largely because this industry has not had to pay its cost ... that they've made very poor choices from a climate-change perspective: They have taken out patents on solar energy and then just sat on them. They've funded climate misinformation, because it's much more profitable for them to pretend that this is not a problem."

The municipalities on the frontlines of climate change will bear the brunt of the cost, Gage said, referencing a provincial government study that estimates Metro Vancouver needs to spend $9.5 billion in the next 100 years to deal with rising sea levels alone, and the back-to-back record-breaking wildfire seasons of 2017 and 2018.

"So those types of costs are massive, and we have not as a society begun to wrap our head around the question of how are we going to pay for these collectively, and can we really do it when the industry that's made the most money off of causing the problem is not paying any of the costs," he said.

"It's the beginning of a conversation about how do we collectively deal with these costs, (and) how do we ensure that our society is collectively reflecting them in the balance sheets?"

CNRL, however, was not on West Coast's list of the top-20 producers in the world, Gage noted.

The RMOW sent the letter to 20 producers, though CNRL was the only Canadian company to receive it. An RMOW spokesperson said its list was "compiled from lists of the largest oil and gas companies globally and in Canada."

The top 20 largest fossil-fuel companies are responsible for about 29.4 per cent of human-caused GHG emissions, according to AWARE.

CNRL, for its part, represents about 0.08 per cent of global, human-caused emissions.

In a response letter to Crompton, CNRL president Tim McKay said the industry shares the RMOW's concerns about reducing emissions, but "it is very important to acknowledge that climate change and GHG emissions are a global issue that requires global solutions."

Among other things, the letter highlights the world's need for energy in all forms, Canada's "safely and responsibly" developed oil and gas, and the hundreds of thousands of jobs the industry creates, before concluding with an invitation to further discuss how the parties can work together.

Crompton said he has yet to speak with someone at CNRL, but would like to.

"I was struck that Tim McKay's letter sort of focused on ways that oil and gas companies can work with local government to address climate change," he said.

"I think there is a respectful way that this conversation can and should continue."

Reached by phone, he said the letter "went all over the place" on Dec. 12.

"It's hard to describe the mood here in Calgary, but it's as down as I've ever seen it," Etam said.

"One hundred thousand people have been thrown out of work in Alberta, so everybody is hyper sensitive to these things, and so when something like this comes across their desk, it's like if you're having a really bad day and then somebody kicks you in the shins—you're not going to get a very good response right?

While the industry understands climate is a concern, the adversarial letter-writing campaign is perhaps not the best way forward, Etam said.

"The energy industry is not without blame here, too. They've done an absolutely terrible job of handling this whole file," Etam said, pointing to things like First Nations relations, approval processes, public trust and speaking up for simple facts.

"So I think we just need a whole new conversation here, because we're wasting a lot of time and energy. People are fighting against each other, which shouldn't be.

"Let's just start again, let's just start talking common sense here, and not get pushed into these corners where you say things like that that are counterintuitive to reality."

Crompton addressed the issue in his mayor's report at the Dec. 18 council meeting.

"I'd like everyone who phoned or emailed me to know that I have listened to your comments and I have read your emails. I deeply regret that I made you feel unwelcome in Whistler. I was not directing this letter at the hundreds of thousands of good people who work directly and indirectly in the Canadian oil and gas industry," he said.

"This is a difficult conversation, but it's one we need to have—citizens, businesses, and all levels of government. It's my commitment as mayor of Whistler to continue this conversation in a respectful way that elevates this conversation to where we can make real change."