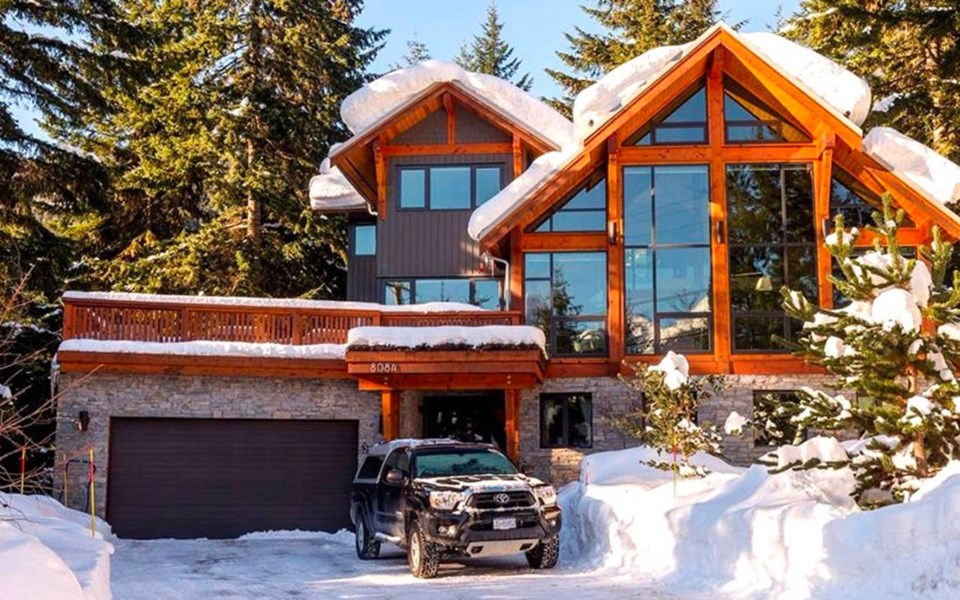 RISING REAL ESTATE A new report from Royal LePage found that Whistler condo prices have risen almost 27 per cent compared to last year, while detached, single-family homes, like the one pictured above, are up 14.5 per cent from last year. Photo courtesy of Whistler Real Estate Company

Condos are becoming an increasingly attractive option for retirees, investors and other buyers looking for property in ski regions across the country, and property prices are rising to reflect that, found a new report from brokerage Royal LePage.

The Royal LePage Winter Recreational Report, released late last month, found the median price of a condominium in Whistler jumped 26.5 per cent to reach $610,000 in 2018.

That's nearly double the rate of detached homes, the report stated. While prices of detached homes in Whistler have also risen significantly, the median price reached $2.4 million this year, up 14.5 per cent from 2017, according to the report.

The Royal LePage report was informed by year-over-year statistics from the Whistler Listing System (WLS), gathered from January to October.

An above normal rate of growth means, "there's normally a number of factors coming together at the same time," said Pat Kelly, owner of the Whistler Real Estate Co. and Royal LePage Black Tusk.

So what's behind the rise? "Great snow, great tourism, and a limited supply of opportunities," he explained.

"The framework of Whistler is when demand increases dramatically ... in an environment where we are not adding any new supply, it means that prices are going to go up."

In a recreational market like Whistler, buyers also appreciate an opportunity to offset their costs, Kelly pointed out. "Where we've seen a lot of the growth and demand has been in properties that can be rented," he said, referring to the Phase 1 properties zoned for nightly rentals.

"I think that the success of the tourism in Whistler has made the potential for income derived from rental properties very much better than it used to be."

When it comes to the slightly slower rate of appreciation cited for single-family homes, "You're talking about a much higher price point," Kelly said. "There's a lot more purchasers at the bottom of the purchasing pyramid than there is at the top."

But according to the update, the average number of days a property spent on the market also dropped 15 per cent, from 59 to 50, while the average sale price rose by eight per cent. Those statistics are also derived from the WLS.

"There are pockets that have slowed down, definitely, they've been on the market longer and are having some price resistance, but there's some other pockets that are still like firecrackers and going overnight," said Brown.

The higher demand and limited number of listings contribute to the price of condos increasing, she added. "If we had more listings, I think we would have sold more, because there was great demand."

Kelly said he doesn't expect to see that demand, or property prices, drop off anytime soon. "The rate of appreciation might slow somewhat, but generally speaking I don't expect prices to go down," he explained.