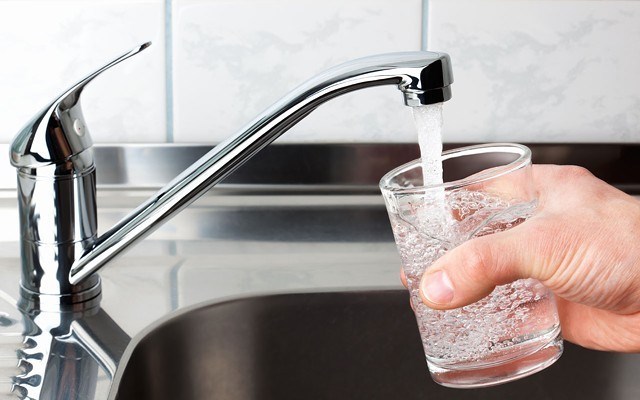 HERE'S A QUICK LOOK at what to expect at Tuesday's council meeting, kicking off at 5:30 p.m. at the Maury Young Arts Centre.

Whistler council will hear an update on drinking water treatment at the Jan. 21 meeting.

The staff report comes one month after an investigative report by Star Vancouver, Global News and the University of British Columbia, which found that some Whistler homes had lead in their drinking water (see Pique, Dec. 19: https://www.piquenewsmagazine.com/whistler/municipality-seeks-to-calm-fears-over-lead-in-water-investigation/Content?oid=14805561).

The lead was likely a result of corrosive water interacting with plumbing fixtures on private property.

The report to council details the findings of a consultant review that looked at options for pH adjustment—one of 15 factors that contribute to the corrosivity of water—in Whistler's two water systems.

Whistler's water is complex, as it comes from both surface and groundwater sources (separated into two systems: Community and Emerald).

Surface water comes from 21 Mile Creek—which is not used when the creek water is turbid (usually after rainfall and snowmelt events)—while groundwater is supplied from 14 active wells (used when 21 Mile Creek is offline, or when demand exceeds what the creek can supply).

Water is treated at eight locations before distribution.

According to the staff report, any proposed upgrades to ground water treatment to address corrosivity would need to be made at seven different locations in the Community system, as well as one in the Emerald system.

To keep the approach simple, just three different types of conceptual system designs are being proposed at this time: one at the Emerald System, one at each of three Alpine Meadows wells, and one each at the 21 Mile pump station, the Community pump station and at the Function Junction and Cheakamus pump stations.

"The reality is each of the sites listed ... will require slightly different approaches and that the best long-term approach may be to commission larger infrastructure projects in order to combine some of the sources," the staff report reads.

The proposed conceptual designs were based on a recommended chemical addition of 50 per cent sodium hydroxide solution, except for the Emerald facility, which was based on the facility's initial design of eight-per-cent sodium carbonate solution.

However, the report states that those are not the final chemical selections for treatment.

"There are a number of chemicals that can be used to raise pH," the report states.

"The RMOW has concerns about the best choice of chemicals, and this decision will require further investigation."

Capital costs for pH adjustment are currently estimated at $5.7 million, not including any land acquisitions that may be required to do the work.

Staff also estimates an extra two full-time employees would be needed to operate the systems, as well as $200,000 per year in chemicals, adding an extra $2 million to the current operating budget.

Whistler's water consistently meets the conditions of its permits to operate, and RMOW staff sample water at 24 locations in the distribution system every second week.

For now, the recommendation from Vancouver Coastal Health and the RMOW remains the same: flush your taps until the water is cold before drinking it.

Also at the Jan. 21 meeting, council will consider an amendment to the five-year financial plan bylaw that could (among other adjustments) pave the way for restored recreational access in Emerald.

The amendment proposes to purchase a residential property in Emerald using $1.7 million from the General Capital Reserve.

"This particular parcel has strategic value to the community for re-establishing recreational trail access to the Emerald zone of off-road MTB and hiking trails," a report to council reads.

The report does not specify which parcel is being considered.

The access issue has been a concern for Emerald residents for years (see Pique, June 20, 2016: https://www.piquenewsmagazine.com/whistler/emerald-residents-pushing-for-solution-to-crown-land-access/Content?oid=2795479).

The budget amendment also concerns two other projects: the HVAC replacement at Meadow Park Sports Centre and the undergrounding of utility lines in White Gold.

In the former, the total project budget remains the same at $1.2 million, but a project delay means money budgeted in 2019 will now be spent in 2020, requiring an amendment.

The White Gold utility undergrounding is a new project, with a proposed budget of $3.5 million from the general capital reserve.

On Sept. 5, council received a letter from RMOW economic development coordinator Toni Metcalf, a resident of the neighbourhood, expressing the interest of White Gold residents to initiate a formal petition process for the work.

Under Section 212 of the Community Charter, homeowners may petition a municipality for a "local service area," with the costs being recovered via an add-on to annual property taxes over a number of years (see Pique, Nov. 22: https://www.piquenewsmagazine.com/whistler/bylaw-removing-temporary-use-permit-for-whistler-artist-studios-adopted/Content?oid=14687142).

As such, the RMOW will pay for the project (potentially aided by grant funding from BC Hydro) and recover the costs from White Gold residents via an addition to their tax bills.

Council will also consider third reading for a rezoning of a 240-bed Whistler Blackcomb staff housing building at the meeting (see Pique, Dec. 7 for more: https://www.piquenewsmagazine.com/whistler/whistler-blackcomb-housing-building-headed-for-third-reading/Content?oid=14745165).

Pick up Thursday's Pique for more from council.