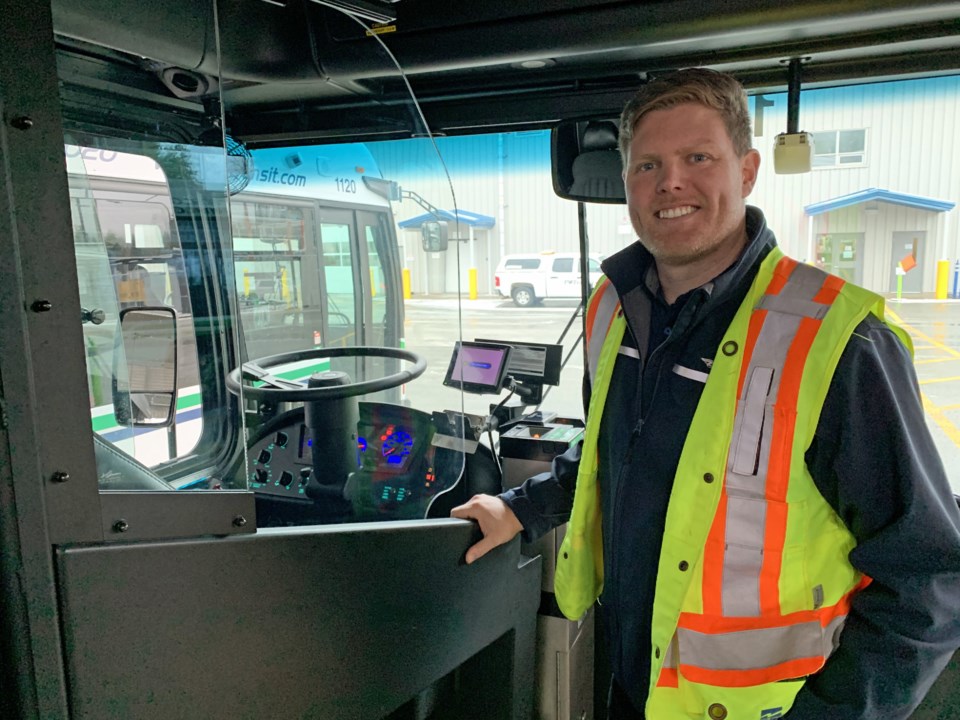 Ryan Drake, BC Transit project manager, posing next to the new protective glass doors that are one of the added features of four new Whistler Transit buses. Photo by Brandon Barrett

Whistler is now home to four new compressed natural gas (CNG) buses, the first to be rolled out across BC Transit’s network that include full protective driver doors.

The adjustable glass partition is intended to cut back on the number of assaults against drivers, which have remained relatively flat over the past five years, explained BC Transit’s director of safety, John Palmer.

“Whistler is not immune to that, but this program is not specific to Whistler. This is a fleet-wide initiative; everyone is getting them, including Vancouver,” he said, adding that it will take two years to retrofit the entire BC Transit fleet.

Palmer said the doors are “designed to protect the operator from the attack from the rear, that person leaving the bus who decides they’re going to throw a coffee on the driver or, God forbid, spit on them.”

“That was a big thing we heard from the drivers: ‘Please don’t impact our ability to communicate with our customers,’” he said.

The four new vehicles, two of which are replacing others in the fleet, represent an investment of $2.8 million, costs shared by the federal government, the province and the Resort Municipality of Whistler.

“Getting cars off the road and people onto transit is a key focus of our Community Energy and Climate Action Plan,” said Whistler Mayor Jack Crompton in a statement. “Four more buses in Whistler will help provide a level of service that gets people where they need to go as efficiently as possible, making transit a viable choice in our community.”