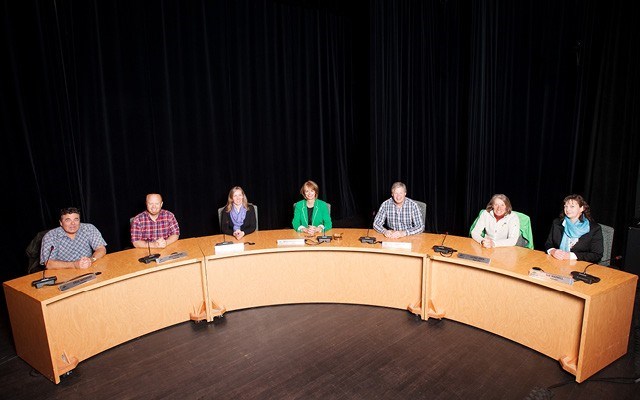 IN BRIEF The Resort Municipality of Whistler is voicing its concerns over the Kinder Morgan pipeline expansion project. file photo

Whistler council has concerns about the Kinder Morgan pipeline expansion project, though some members of council think the municipality could take a stronger stance.

The official motion — passed unanimously at the January 24 council meeting — resolves that while both the federal and provincial governments have approved the project, Whistler remains "concerned regarding increased tanker traffic on the West Coast and the potentially negative impacts an oil spill would have on the environment and tourism."

Whistler will write to both federal and provincial governments to advise them of said concerns.

"While I agree with the general sentiment and I like the direction, I would like us to take stronger language," said Councillor Jen Ford.

"We agreed that Whistler should have an interest in the right to a healthy environment, and this pipeline expansion just flies in the face of that."

Coun. Sue Maxwell also felt the motion's wording left something to be desired.

"I think for all of the risks and for the fact that it doesn't make sense — I don't think economically or environmentally — I think this motion is good, (but) I do think that it could be stronger," she said.

"I did like the original motion's recognition of standing in solidarity with our neighbours and First Nations; since this motion first came forward the Squamish Nation and Tsleil-Waututh have put forward a lawsuit as well and I think that that's something to recognize."

Coun. John Grills noted that if the pipeline doesn't get built it might just mean more oil getting shipped by train,"which to me is a very poor option," he said.

"I think the way this resolution reads, it's understanding where the federal and provincial governments are today with their decisions, and then saying 'As this community, here's our concerns and how it would impact us.'"

"It's not saying somebody is right or somebody is wrong, it speaks to where our values lie in this community and it allows all of us to feel united under this motion, and it's still sending a message to the federal and provincial governments and other places that some things need to be taken into consideration," Janyk said.

"I think it sends a good message without being negative that allows all of us to participate in the motion."

Bar Oso on the Village Stroll will soon be home to Whistler's smallest patio.

"The proposal is to add a very small patio, certainly the smallest in Whistler if not the province of B.C.," said municipal planner Frank Savage in his presentation, to laughs from the council table.

A change to Bar Oso's liquor license to accommodate the eight-seat patio, which will be built to the right of the restaurant's entrance, was approved by a vote of 5 to 1.

"I would be happy to support it if there were an agreement not to use patio heaters. I know that we've received some correspondence from people about this," said Coun. Maxwell, who eventually voted against.

Maxwell moved to amend the motion with the added stipulation that the owners not use patio heating.

"I'm not proposing that we ban them all immediately from all the existing patios, but more that when we have the opportunity, when people are coming asking for additional space, that we start to set that better example," she said.

"I think for me I'll support the patio and then I would like to see something where we decide it on a 'go forward' basis... so that someone comes in knowing that that's not something that we're going to be considering going forward," he said.

Mayor Nancy Wilhelm-Morden agreed that it would be better to approach the issue with more consideration, "and I can't help but note that we're being a bit hypocritical when we have gas fireplaces on in Olympic Plaza and at the skating rink," the mayor said.

"If we're lighting gas outside but we're not letting somebody on a patio do it, it doesn't seem to be consistent, so I can't support the amendment."

Whistlerites will get their first good look at the 2017 budget at a community meeting on Tues. Feb. 28 at the Maury Young Arts Centre.

"We are looking at our project and operating budgets and the audit and finance committee and council will be reviewing all of that in early February," Wilhelm-Morden said at the Jan. 24 council meeting.

Questions or comments about the budget can be made by email (budget@whistler.ca), phone (604-932-5535), or to any member of council www.whistler.ca/stay-connected/contact.

"Over half of the phone surveys of 300 full time and 200 part time people have already been completed," Wilhelm-Morden said. "Surveys of 200 seasonal residents will begin during the first week of February at select locations throughout the community, and an online version of the survey will also be available beginning next week."

More information and past survey results can be found at www.whistler.ca/survey.

"This survey is important because it does guide our decision making and allows us to help monitor trends and performance," the mayor said.

Feedback from the Jan. 20 community forum on transportation will factor into budget planning as well.

It's not too late to have your say: head to www.whistler.ca/movingwhistler to see the forum presentation, proposed action items and fill out a survey.

Four projects related to Whistler's water infrastructure are now complete, according to an RMOW press release.

The Alpine Meadows water main replacement, Olympic Reservoir reconstruction and Alpine Reservoir level control projects, as well as improvements to the Rainbow Lake Trail to protect the 21 Mile Creek watershed, have all been wrapped up recently.

"Whistler's water is a critical local resource and the recent RMOW initiatives improve the delivery of drinking water and ensure its continued high quality," Wilhelm-Morden said in the release.

"We are looking forward to additional investments to our water system through the plans for 2017 and beyond."

In the case of the Alpine water main project, repaving work will be done this summer on municipal roads.

Property owners in Alpine can also now apply to have their utility lines placed underground at their own expense.

Costs range from $10,000 to $50,000, and owners must express interest immediately so work can be done before the paving project takes place.

More info can be found at www.whistler.ca/services/transportation/municipal-paving-project.