Do It For the Love foundation raises half a million dollars 18 months after Mischa Arnott's passing
Nov 29, 2019 11:30 PM By: Alison Taylor 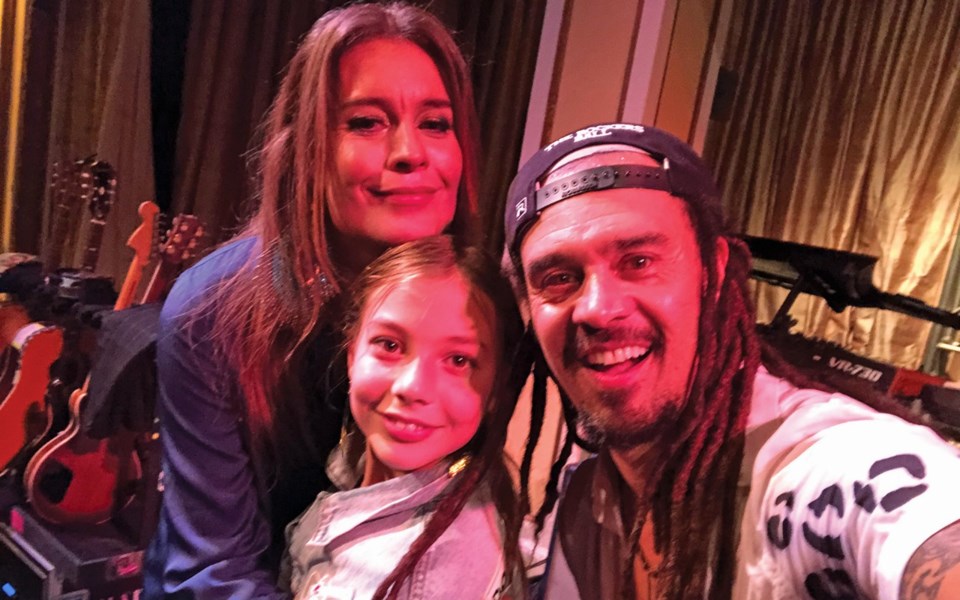 at an electrifying fundraising concert in San Francisco last month, musician Michael Franti took the stage, a delicate red glass heart from a Whistler girl hanging from his mic stand.

The heart was a present from 11-year-old Mischa Arnott, given to Franti and his wife Sara Agah Franti to thank them for making her musical wish come true—seeing and meeting Katy Perry in concert last year and telling her, when Perry asked, that "Roar" was the song she was hoping to hear the most. Perry ended the concert with that song. It was, Mischa told her mom at the time, "the best night of my entire life."

Wrapping her treasured heart in sparkly paper, she wrote to the Frantis: "I wanted you to have my oldest heart so that when you look through it, you'll always see love." She died just a few months later after a relentless eight-year fight against a rare and brutal disease.

The heart was a fitting present for the couple behind Do It For the Love, a foundation that has made more than 2, 500 musical wishes, like Mischa's, come true in a testament to the healing power of music.

Mischa's family attended this month's fundraiser concert, The Rocker's Ball, in San Francisco, which raised half a million dollars.

"In that event, we are able to show our guests what a positive effect music can be," said the foundation's executive director Joe Finocchiaro. Granting these musical wishes has a ripple effect too, he added, reaching and healing family and friends, giving momentary respite and hope.

Mischa's mom Dr. Renata Lewis-Arnott took the stage that night to tell Mischa's story and share the impact music had on her daughter's life.

"Music helped define who Mischa was, and gave her strength and hope and purpose," Lewis told the audience. "It connected her with the world when it was hard to do so physically anymore and was a way to show her love for others. Music gave her freedom. And music gave her the best night of her life, which she talked about every single day. In this way, it truly was the antidote to the hardest of times."

It's been 18 months since Mischa passed away in her mother and father's arms, wearing her favourite T-shirt that said "L-O-V-E." Her spirit and her lifeforce, however, continues to live on.

As difficult as it was to speak before the crowd and share their story, Lewis knows that it's helping others.

"Mischa had a real way of giving to others," added Lewis this week. "Mischa's gift is still going forward."

Mischa's younger sister Esme will be at Bratz Biz this week - set to take place at the Westin on Nov. 30 and Dec. 1 - alongside other local children selling handmade goods. Esme's stall will feature fresh gourmet candy apples. All money will be donated to Do It For the Love.