Whistler grocery stores team up to reduce plastic bag use

Five-cent charge will be instituted may 1 at seven stores across the resort
Apr 29, 2015 6:00 PM By: Braden Dupuis 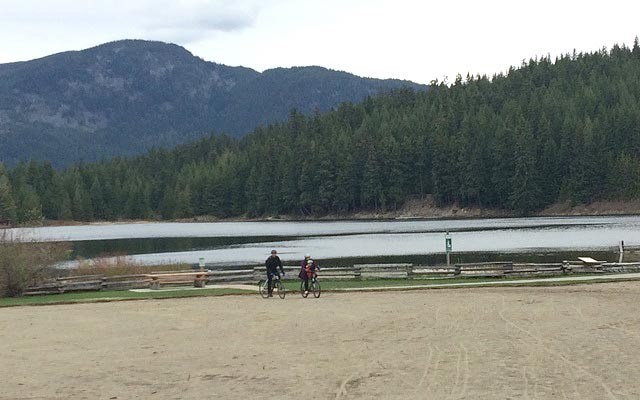 Great Lake Landscaping work around Lost Lake is being carried out by the municipality to counter the impacts of heavy traffic in the area during events. Photo submitted

Retailers in one of Whistler's most competitive industry sectors are teaming up to reduce the number of plastic bags distributed in the resort.

The Alliance of Grocery and Drug Store Retailers — made up of The Grocery Store, Nesters Market, Creekside Market, Upper Village Market, IGA, Shoppers Drug Mart and Rexall Whistler — will introduce a five-cent charge on all plastic bags beginning May 1.

The move dates all the way back to conversations that began in 2007 between the alliance and other partners in the community, said Bruce Stewart, general manager at Nesters Market.

"Back in 2007 we started looking at how many bags we were giving out, then moving forward with measuring and seeing if we could reduce that over time," Stewart said.

By introducing a five-cent charge per single-use plastic bag, the hope is that more shoppers will switch to reusable bags.

Similar charges introduced in other markets have resulted in plastic-bag use reductions, Stewart said.

The memorandum of understanding between the members of the alliance will be in place for six months initially. During that time members will offer customers reusable alternatives and continue with employee and customer education programs promoting awareness.

After the first six-month period expires on Oct. 30, the alliance will revisit the agreement and evaluate how they've done.

Stewart said it's rare to see this kind of cooperation between local competitors.

"I think it's extremely important," he said.

"If we're not all on board with it, then we're not going to see the reduction that we probably would like to see."

"It got stimulated by a group of Grade 6 students coming to make a presentation and (I'm) really pleased to see the community working together to come to a resolution that I think will move us favourably forward in a positive environmental direction."

"We have to be very respectful for the leadership (of the alliance) and very grateful for that leadership in this matter."

Whistler residents may have noticed some changes around Lost Lake as of late — trees missing, grass turned up — but according to the Resort Municipality of Whistler (RMOW) there's a method behind the madness.

"The project was triggered by a number of concerns regarding poor drainage and poor plant health as a result of heavy traffic during events," an RMOW communications person said in an email.

"The work includes the removal of the existing lawn, amending the soils and re-grading the surface to improve drainage and form a more durable surface to facilitate events. Some irrigation upgrades will also occur. The turf will be replaced once the subsurface work is complete."

The work in the Lost Lake special event area is part of the 2015 Capital Projects program.

The project began this spring and will be complete by the end of May.