Whistler has 'high degree' of confidence in recycling program 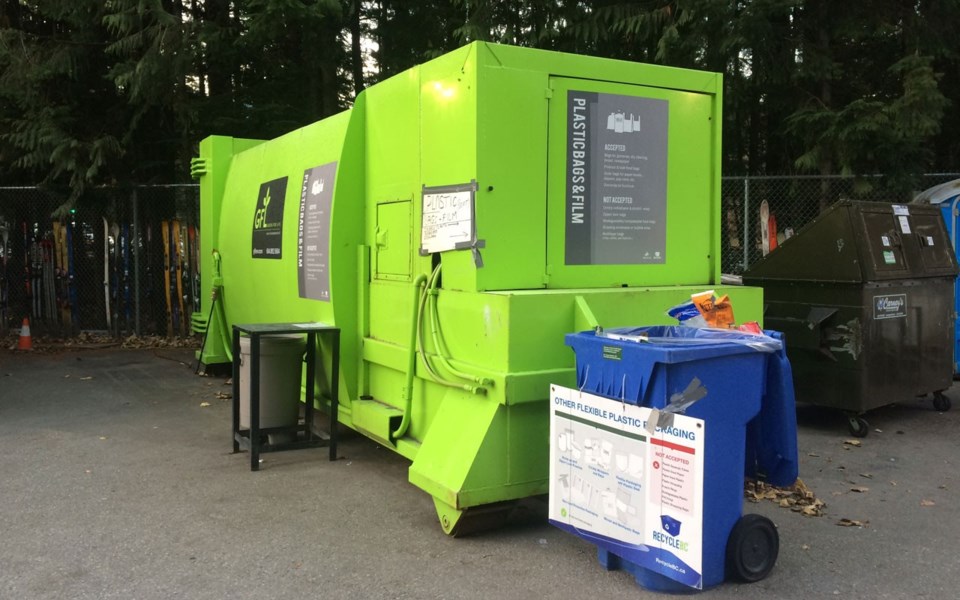 Numbers game Recycle BC says that 87.3 per cent of the materials it collected in 2018 were recycled. Photo by Joel Barde

The Resort Municipality of Whistler (RMOW) is throwing its support behind Recycle BC following a CBC Marketplace investigation that raised questions about whether or not the materials we throw in our blue bins are actually recycled.

In 2018, Recycle BC, which handles the packaging and paper products deposited at both Whistler recycling depots, reported that it recycled 87.3 per cent of material it collected, he said.

Crompton's assurance comes after the producers at Marketplace, a newsmagazine television series that has broadcast on the CBC for decades, had trackers placed in several commercial bales of plastic and then sent them to three B.C. waste-collection businesses with ties to municipal recycling programs.

The program found that the material sent to Merlin Plastics—the company where Recycle BC sends RMOW recycling—was directed to a processing plant in the Lower Mainland, suggesting it was recycled.

But bales sent to two other companies weren't recycled (at least not as one would traditionally think).

One company incinerated the recycling at a waste-to-energy facility that creates power by burning garbage, while the other sent the bales to a junkyard and landfill.

Recycle BC, however, is calling into question the reporting, saying that it does not properly reflect difference in how commercial and residential materials are recycled.

"The transactions that Marketplace executed as part of its story were one-time, business-to-business transactions outside of the Recycle BC program," said David Lefebvre, a spokesperson for Recycle BC.

"The moment Marketplace took possession of the materials, they were no longer leveraging the processes that underpin Recycle BC's full-producer responsibility system. As such, the commercial transactions in the segment are instructive only to demonstrate how commercial materials might be managed. They do not reflect our residential system in any way."

The company tracks the end market destination of its collected products through a chain-of-custody process, with the vast majority it collects (87.3 per cent) managed by recycling, said Lefebvre.

"Our commitment to transparency is evident to anyone who has read our annual reports, which are audited by third parties to ensure the accuracy of the information contained therein and can be found on our website," he added.

Crompton added that in light of such investigative reports, which can shake public confidence, it is more important than ever to continue to recycle.

"If programs like this resulted in increased landfilling of recyclable items that would be a major negative for our community," he said.

Crompton also noted that the RMOW recently approved the terms of reference of its Zero Waste Committee.

Claire Ruddy, executive director of the Association of Whistler Area Residents for the Environment, said that the Marketplace program highlights the need for greater government regulation when it comes to the wider recycling industry.

Individual citizens must also make sure that what they are recycling is not contaminated with food.

One of the main reasons that items aren't recycled is because of contamination, so it is important to make sure that any items you intend to recycle are clean, she said.