Also, money being raised to buy portable ventilator for centre
Jun 2, 2020 6:45 AM By: Brandon Barrett 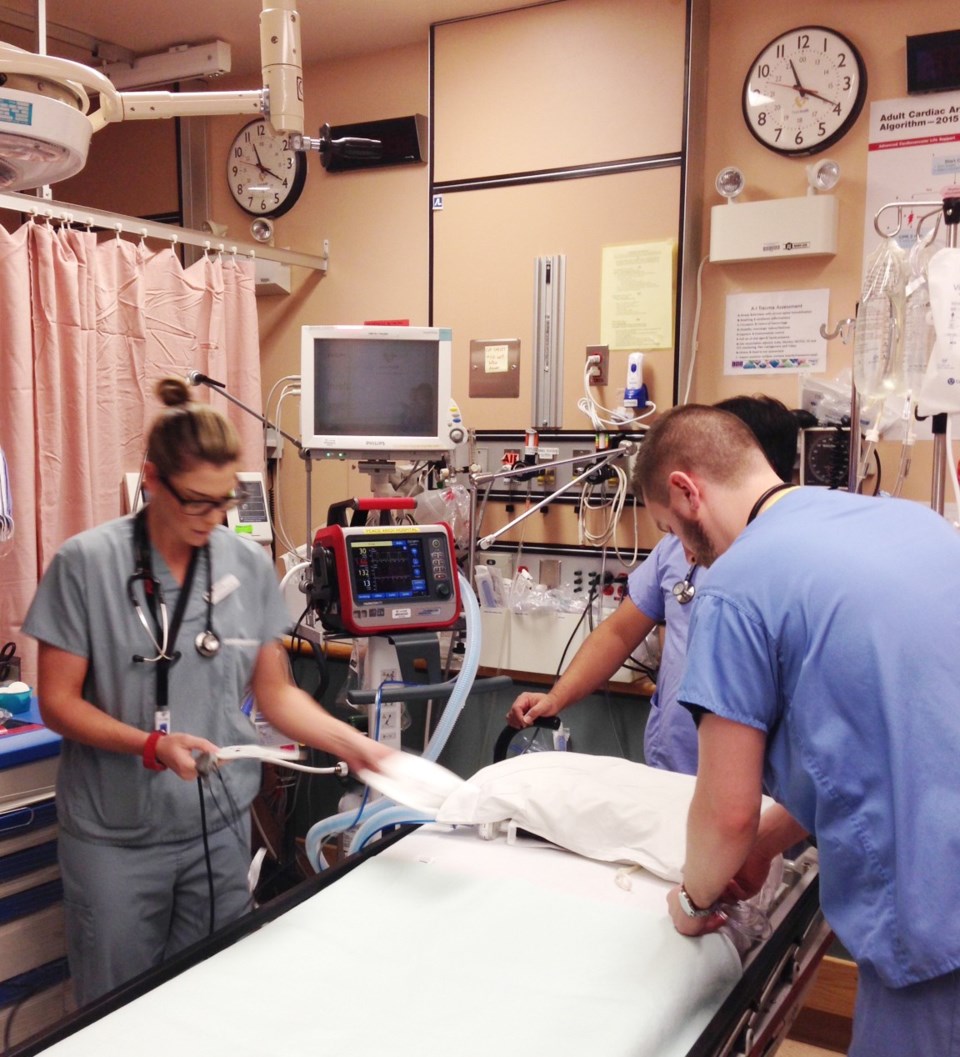 Non-profit TB Vets is aiming to raise $400,000 to purchase Hamilton transport ventilators, one of which is pictured, for seven healthcare centres across B.C.—including in Whistler and Pemberton. Photo submitted

The Whistler Health Care Centre (WHCC) has not seen a confirmed case of the novel coronavirus come through its doors since early April, but with B.C. gradually beginning to open up, it’s not unrealistic to expect a second wave of cases, relayed Whistler’s medical director.

“We’re still testing and swabbing but we haven’t had any positives. That could change, obviously, as people come in,” said Dr. Bruce Mohr, medical director for the WHCC. “Everywhere is still waiting to see if there will be a second wave due to the schools opening and people travelling. We’re still testing symptomatic people.”

Mohr added that it’s difficult to predict what the next wave of cases might look like now that B.C. has entered the second phase of recovery.

“Public health [officials] have always talked about how there’s usually a second and/or third wave for any epidemic, so we don’t know,” he said. “That’s why we’re continuing to test and look for it, because with increased visitation, increased travel, increased mixing of people, we can expect to see it. We just don’t know where and how much.”

All in all, Mohr said he was happy with how the community has responded to the pandemic—although he’d like to see more protective masks worn in public spaces when physical distancing isn’t possible.

“We’ve done amazingly well,” he said. “I see that it’s not that busy, it’s being done gradually, the restaurants and bars are opening responsibly and keeping to the rules of physically distancing. The mountain, I’m sure, will do the same when they open."

Funds being raised for portable ventilators

Both Whistler and Pemberton healthcare centres could each be home to a new portable ventilator thanks to fundraising efforts by Vancouver-based non-profit, TB Vets.

Last year, the facilities put in requests to raise the $53,000, which includes training and accessories, needed to purchase a Hamilton-brand transport ventilator. TB Vets managed to raise enough money to purchase a ventilator for Squamish General Hospital, but weren’t able to help Whistler and Pemberton at the time.

Now, with COVID-19 underlining the need for ventilators, TB Vets has set its sights back on the Sea to Sky’s other two medical facilities.

“You think about those two small hospitals, or even Squamish, they just can’t raise these kinds of funds,” explained Kandys Merola, executive director of TB Vets, adding that the organization has so far raised about $45,000 of its $400,000 target to purchase ventilators for seven healthcare centres across B.C. as part of its COVID-19 relief efforts.

“We have found that people are responding well and they know what a ventilator is now [because of COVID-19], it’s not so foreign to them.”

Mohr said the ventilator currently in use at the WHCC is about 20 years old.

Miles Randell, the founder of the Squamish-based privatized search-and-rescue service, Technical Evacuation Advanced Aero Medical, and his wife, a registered nurse in Squamish, highlighted the need for ventilators locally, Merola said. The company also agreed to loan its own ventilators to Whistler, Pemberton and Squamish healthcare centres as needed after the pandemic hit.

If the funding target isn’t met, TB Vets will divvy up whatever money is raised between the seven healthcare facilities. Once the funds are in hand, Merola said it could take up to six months for the WHCC to acquire the ventilator.

Whistler’s medical director was recently recognized by the Society of Rural Physicians of Canada (SPRC) with its Rural Long Service Award.

Becoming a SRPC fellow in 2015, Mohr has been a member of the society since 2002, with more than 32 years of rural practice and 23 years as a rural preceptor under his belt. He has also authored articles in the society’s Canadian Journal of Rural Medicine and is a regular presenter at SRPC conferences.

“I’m proud of that work, for sure, but I would never want it even mentioned,” said the ever-humble Mohr. “When I got all the acknowledgements from my colleagues, I was quick to point out, ‘Thanks, but there are people who have been here longer than me working in Whistler, who aren’t recognized just because they’re not members of the society.’ That’s why I don’t want to be singled out by any means.”