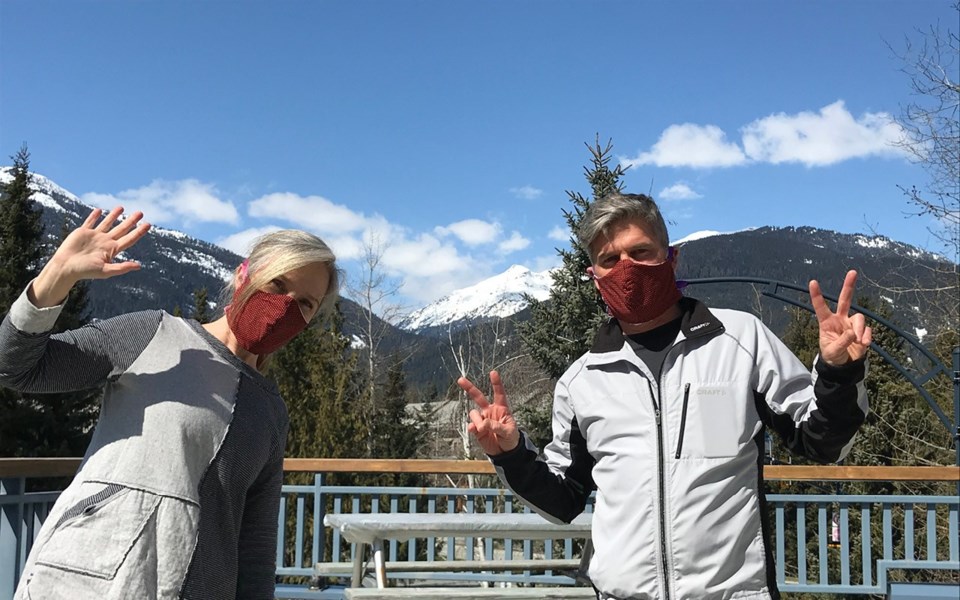 There is little that can be described as "normal" in our new COVID-19 reality, but Whistler's healthcare providers are settling into a semblance of routine as pandemic procedures enter their second month in Whistler.

"We'll continue doing things the way we've always done them, but in terms of operating at a time of a contagious disease, we have had to change the way we do things," noted Dr. Bruce Mohr, medical director for the Whistler Health Care Centre (WHCC).

At the WHCC, staff has had to rejig its operational model on the fly. Mohr said personnel hold several daily "staff huddles"—at an appropriate distance—to deal with issues as they come up. And although Whistler has yet to see a surge in novel coronavirus cases, Mohr added that the work staff is doing now ensures "we will be better prepared the next time something like this does happen."

Dr. Karin Kausky of the Whistler Medical Clinic believes virtual healthcare will play a bigger role going forward as local family practices have had to adapt to physical-distancing measures.

"I definitely think virtual care, which is telehealth or by phone, will play a big part in primary care because we've now figured out the things that are very doable with that," she said.

Last month, the Sea to Sky Division of Family Practice set up a virtual clinic for locals without a family doctor. Through that portal, accessed at divisionsbc.ca/sea-sky, patients can consult with a GP and set up a primary care appointment by phone or teleconference as required.

Other patients are asked to contact their family physician or specialist for all non-urgent matters as they normally would in order to arrange an appointment via phone or teleconference.

"[The virtual clinic] has still had slow pickup because I'm not sure people know how to find it. But it's interesting: people that aren't attached also just call the Whistler Medical Clinic, so we will look after them that way as well, and I'm sure the other clinics are the same," explained Kausky.

The Whistler Medical Clinic is also beefing up its communications this week, sending out email updates to its roughly 6,000 patients for the first time.

"We're just letting them know that we're available and how we're operating. We're going to try and do that weekly moving forward, which is something we've never done before," said Kausky.

While patient volumes have been down through the crisis, Kausky anticipates that trend could begin to swing the other way as non-urgent patients require assessment.

"We've temporized a lot of things and said, 'Let's look at this again in a couple weeks,' but those chickens are coming home to roost now," she said. "Now we're going to need to see more people in person than we have in the past two weeks because you can't temporize forever."

With hospitalizations and active COVID-19 cases staying stagnant, public health officials say B.C. could be entering the maintenance phase of the pandemic, which means we may soon begin to see a gradual loosening of restrictions. (All current restrictions will remain in place until at least the end of April, however.)

It's important to not get complacent, or risk a second wave of cases, Mohr said.

"There's going to be a tendency to think this is over, and we don't know that yet," he noted. "I suspect that there will be an urge for people to get back to normal, but we're just not there yet. But I'm optimistic that because of all the good work we've done, and if we continue to do it, we might just be looking sooner rather than later at gradually reintroducing some normalcy. That's going to be something to look forward to, but we can't take it upon ourselves to do it until we're guided that way."

No 'good evidence' against ibuprofen use, says doc

In the midst of the pandemic, there has been a wave of misinformation relating to the use of anti-inflammatory drugs, such as ibuprofen, after a French physician tweeted that it should be avoided in COVID-19 patients.

After rumours have circulated on social media that ibuprofen can worsen the effects of the virus, Mohr has joined other medical professionals to set the record straight.

"There was not a good evidence base for telling people not to take ibuprofen. There are people who do take non-steroidal anti-inflammatories for chronic conditions and they should definitely be continuing to take those for their medical condition," he advised.

For patients that have developed flu-like symptoms, Mohr says they can consider taking Tylenol instead of ibuprofen "just to be on the safe side," but reiterated that there's no compelling data to suggest "that ibuprofen or non-steroidal anti-inflammatories are harmful even if you have an influenza-like illness."

Consult your physician if you have any questions or concerns around the use of ibuprofen.